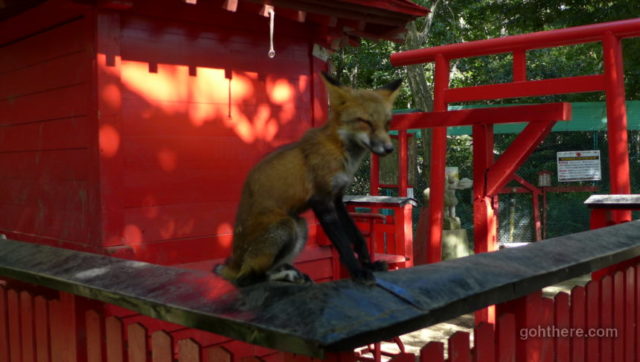 Japan has all sorts of animal places – rabbit island, cat islands (multiple of them), town where deer roam free. And near Zao there is a “fox village”. OK, it’s not a village where people live, but more like a zoo for seeing foxes, but unlike a zoo, the foxes roam an open area where visitors can go in and get up close.

I saw foxes in person before, when I was living London they sometimes came out nowhere to forage food in domestic garbage. But it was first time for my wife! 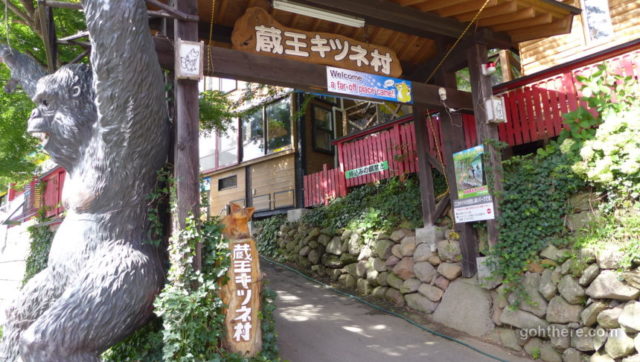 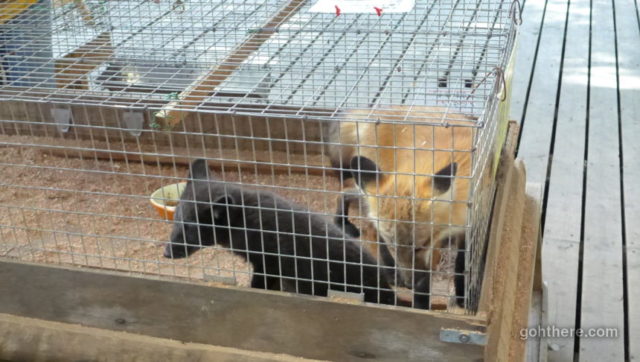 After admission, we first got to see a few foxes in cages. Looked too small for them really. 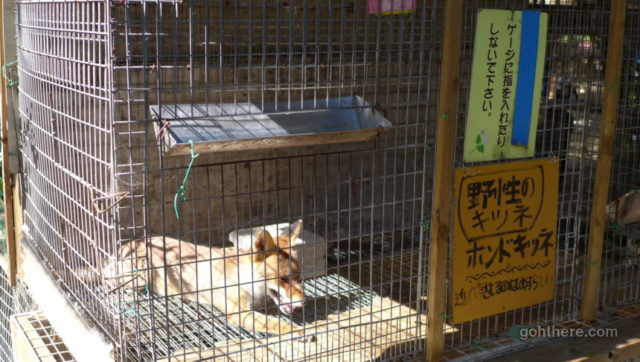 Apparently most of the foxes in this place were born in captivity. But this one was a wild fox as indicated by the sign. Its looks were definitely different to the others. 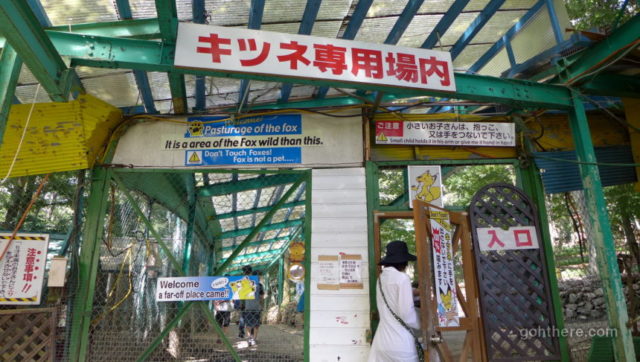 Entrance to the open area. There were reminders about keeping small child close by. 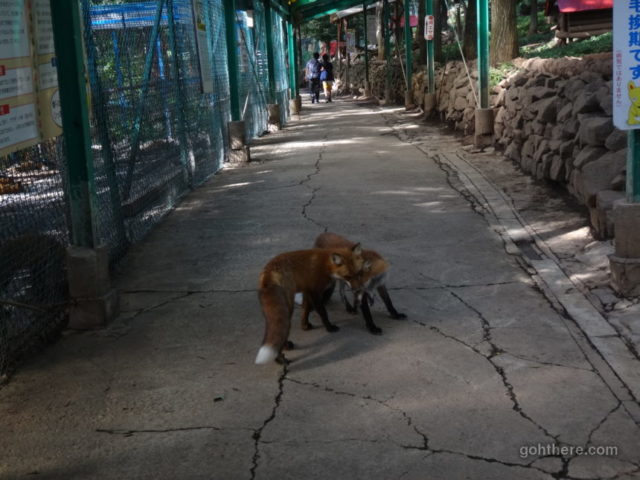 Foxes right in the middle of the path. 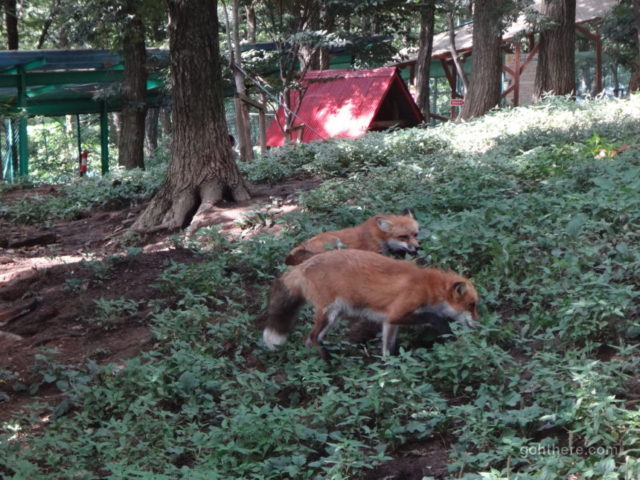 The open area was quite large, covering part of the hillside. 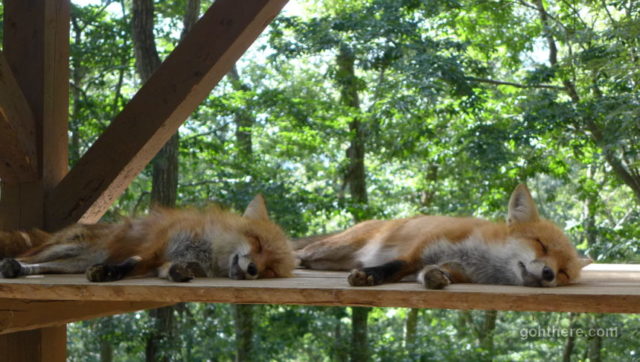 Many foxes were sleeping. Probably too much free time without needing to hunt. 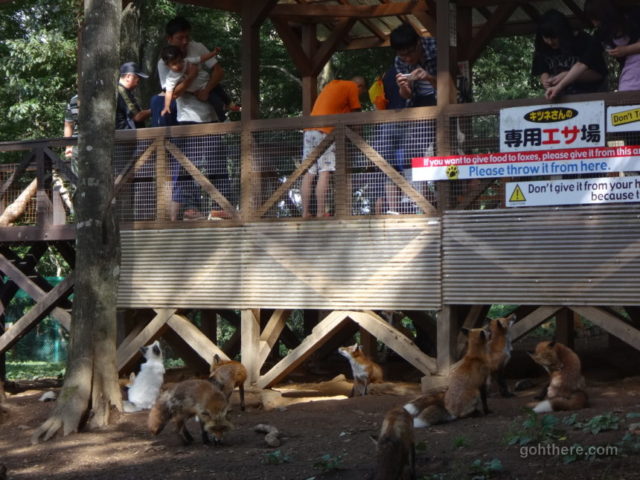 They sold something similar to dog biscuits where you could then feed the foxes from this deck. 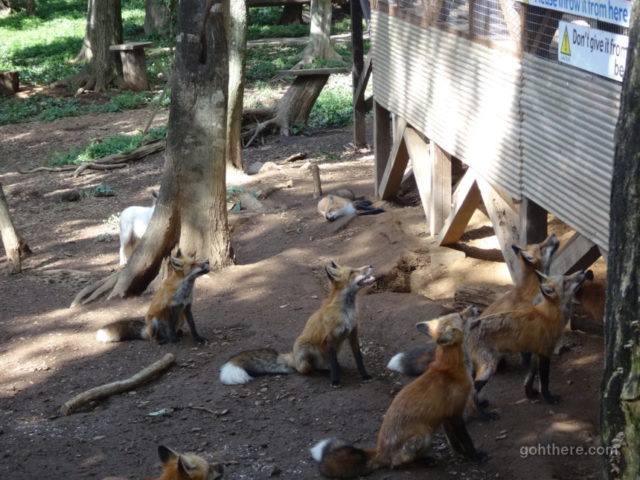 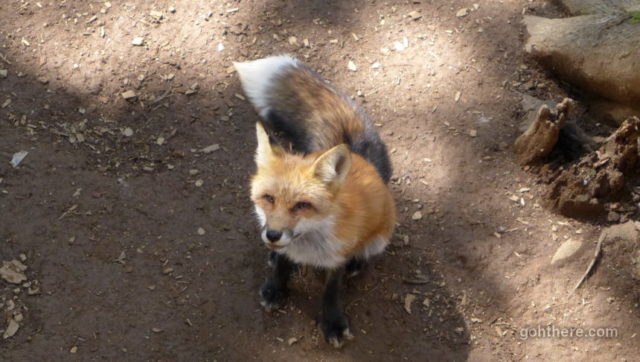 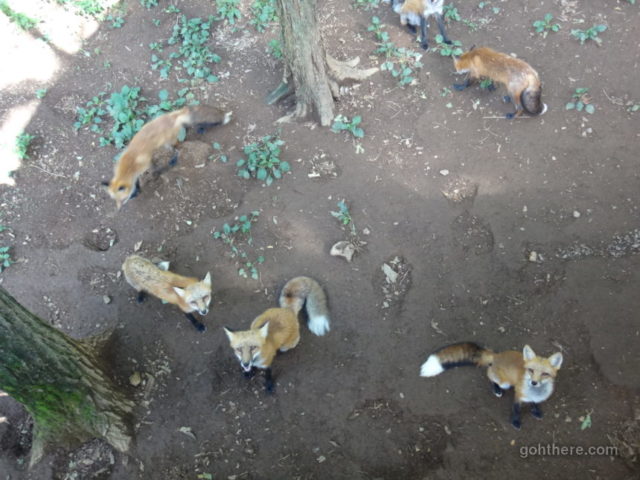 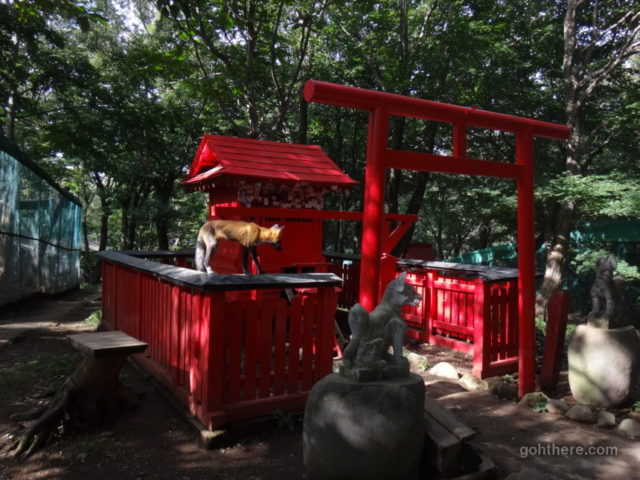 Fox is considered the messenger of the Japanese deity Inari (稲荷神). This red construction is typical of an Inari shrine. We spotted a fox walking around the shrine – what message did it get? 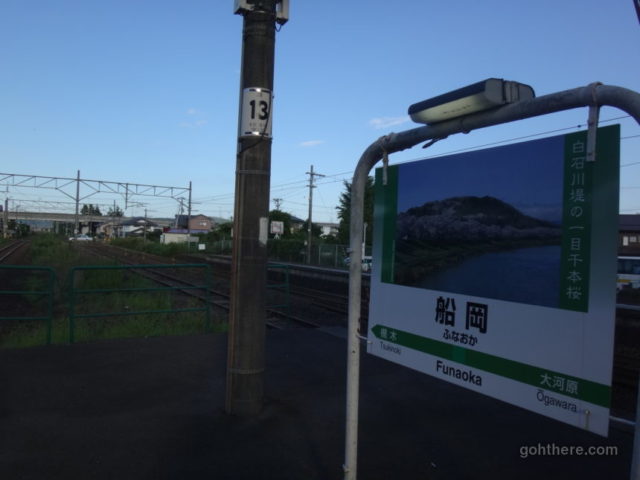 We spent a good full hour at the Fox Village. This was one of the special places we had looked forward to in this trip, but in the end my wife found it somewhat lacking – the foxes there seemed to have lost their wild, cunning side and have become a bit like domesticated dogs, waiting for food from visitors. But then that’s why you could walk around them as if nothing. The real wild fox would have to be locked up like the one in the cage we saw.

This concluded our sightseeing spots for today, and we had to move on to Sendai (仙台), Miyagi prefecture’s capital city, for our stay tonight. Instead of driving the rental car into Sendai city centre and tackle the stressful traffic, I opt to return it at a branch in Funaoka (船岡) in the outskirt, and then took a train for half an hour to Sendai. 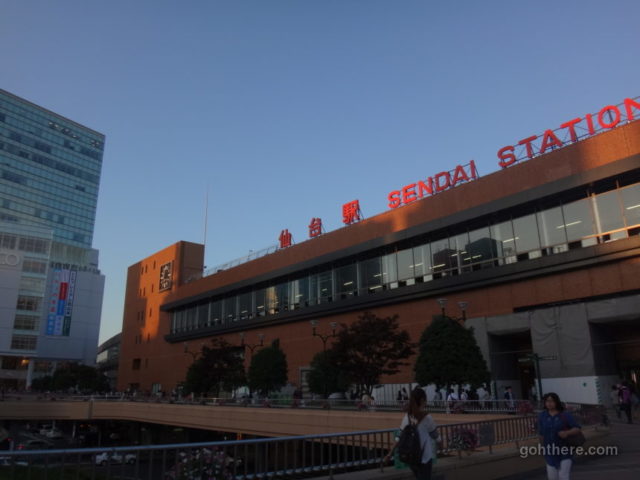 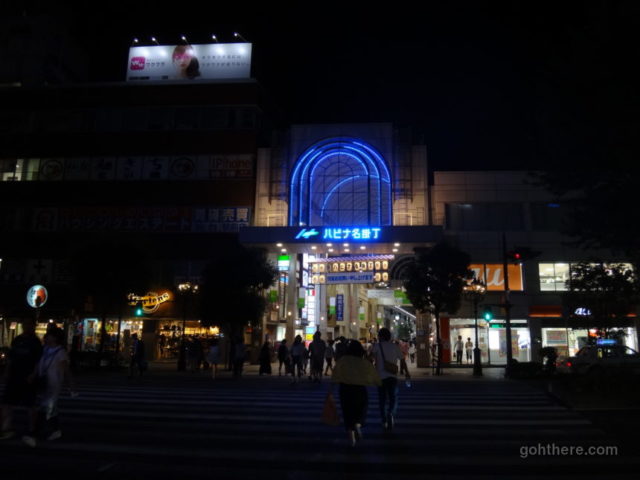 Sendai is the largest city in the Northeast. There were crowds and bustling shopping areas, which was quite a contrast compared to the quiet Yamagata City we were in yesterday. 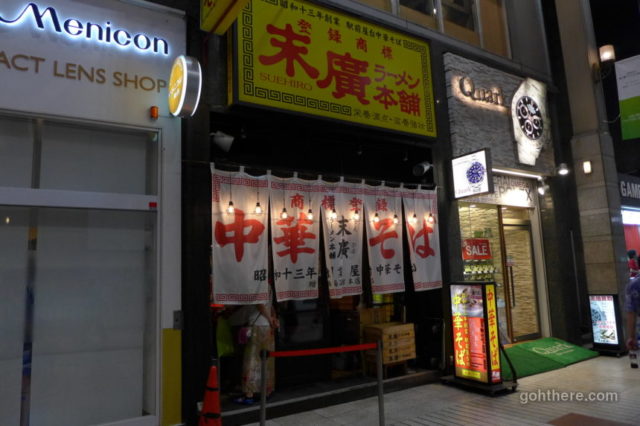 Beef tongue (牛タン) is the most famous dish in Sendai and it’s everywhere. We fail to appreciate it like the Japanese, so we looked for something else. Finally we found this ramen place (末広ラーメン) with good review. 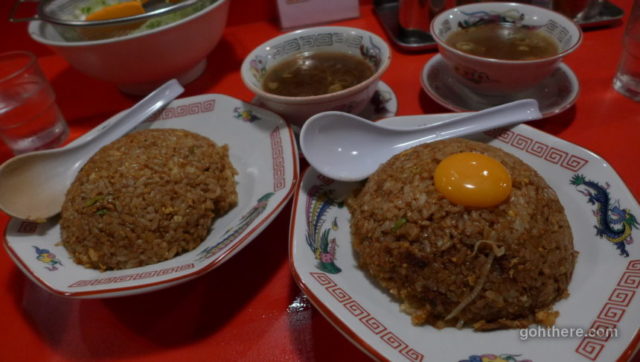 On further look inside, it claimed to be using similar recipe as our favourite ramen place in Kyoto! We couldn’t believe coming across it again in Sendai. And no doubt the signature dish black soy sauce fried rice was great.