For a bit of change we’d be travelling by bicycles. I found a rental place on the web beforehand which was not far from Kyoto Station, but turned out to be a bit hard to find as it’s in some back street.

Kyoto is very strict on bicycle parking. There are designated (mostly not free) bicycle parking spaces, and for tourists it’s best to buy a day pass ticket. The day pass is only valid for some places though, but usually for all the sight-seeing spots there’d be one nearby. In the city centre, finding a space might prove more challenging though.

Apparently it’s voted as the top spot on Tripadvisor. The “thousand Torii gates” were certainly impressive. 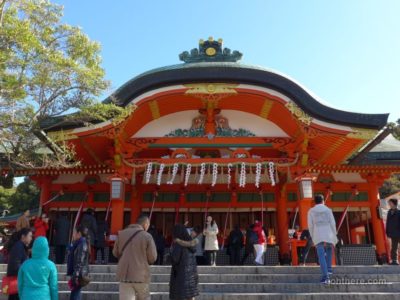 Fox is considered the Inari god. So there are plenty of fox statues here. 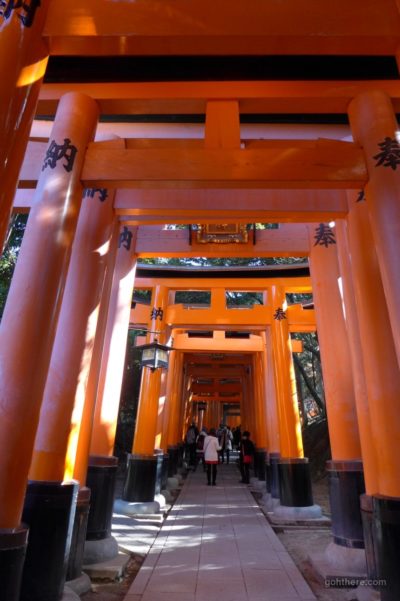 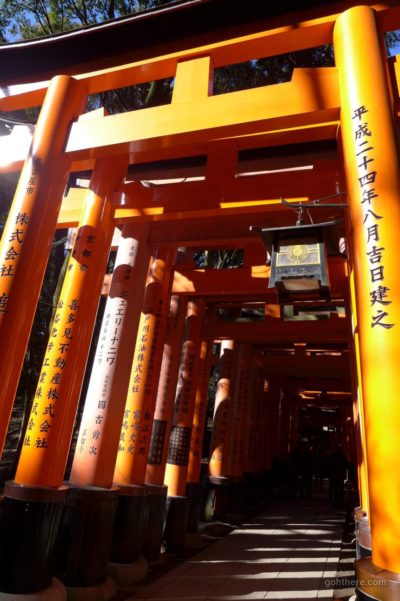 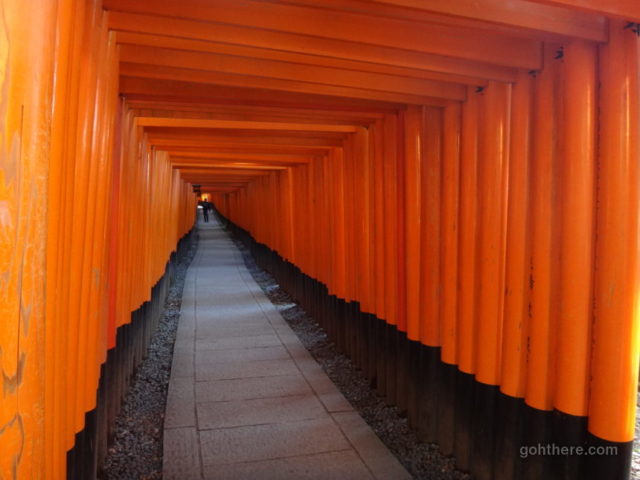 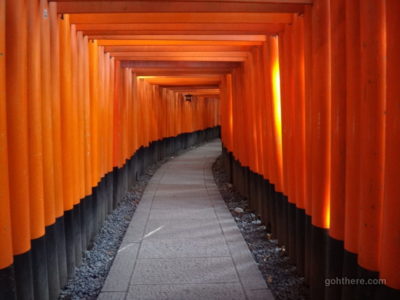 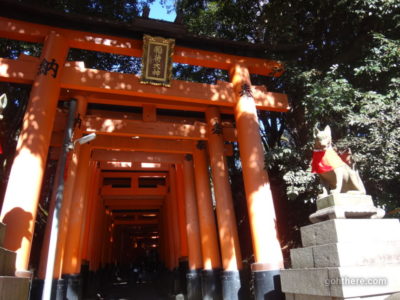 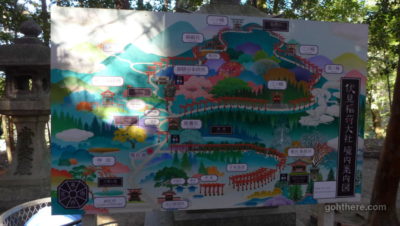 Map of the whole shrine area – Torii gates going all the way to the top of the hill (though the highest “density” of them is in the earlier section). As we were short on time we only went about a quarter of the way, turning back near the Shin-ike (新池) pond. 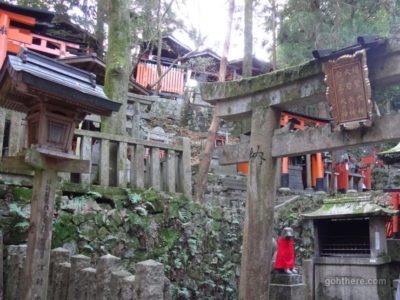 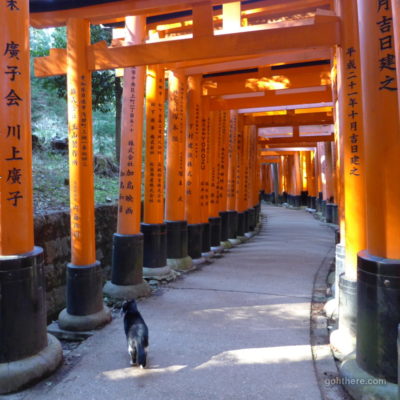 We were joined by a cat on our way back.

There’s a fair bit to climb to get to Kiyomizu-Dera. And as the approach is also narrow and full of tourists and tour buses, it’s better to get of the bicycle and push. 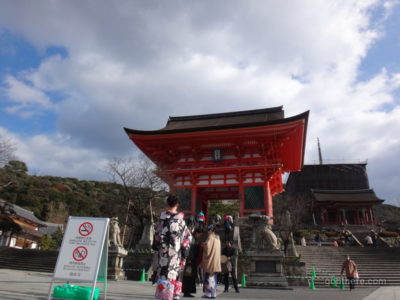 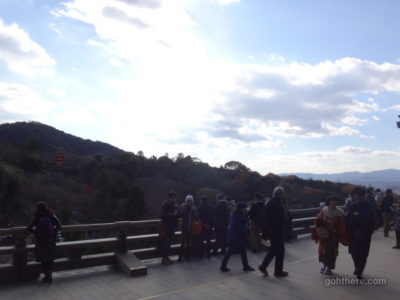 The platform offers a good view over Kyoto. 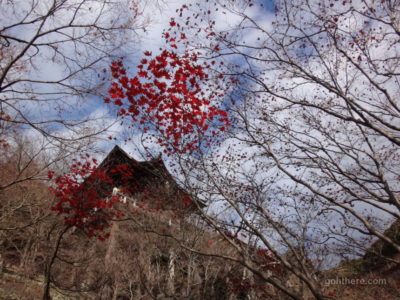 A patch of red leaves still hanging on. 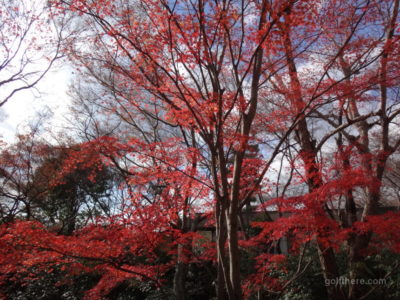 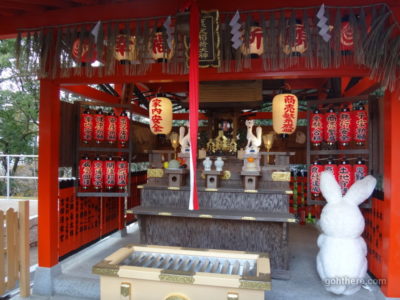 This Jishu-Jinja Shrine (地主神社) is right behind the main hall. It is for good fortune with marriage. 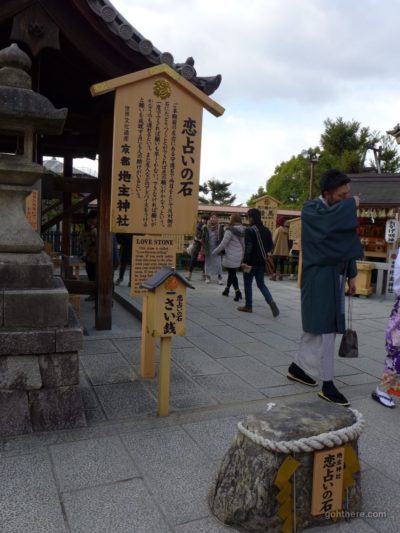 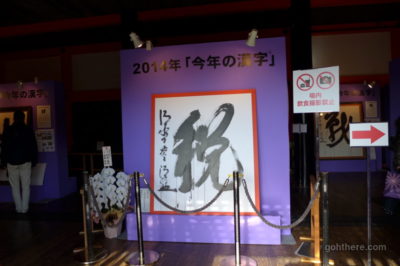 An exhibition on “Kanji of the year” . This year is the character for “tax”, reminding us to be grateful that the Japanese government had raised sales tax this year. 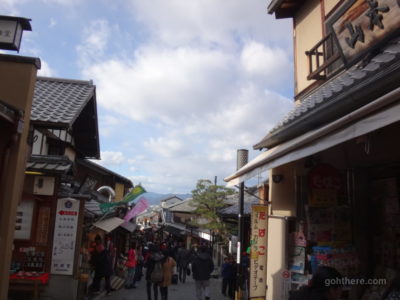 Many souvenir shops on the approach to the temple.

We cycled north along the Kamogawa River, heading for a traditional Tonkatsu (fried pork) restaurant at Sanjo-Dori. It’s a busy area, and when we reached the nearby bicycle parking next to the City Hall, it’s all full. We waited for quite some time before some spaces freed up, and we were starving by then. 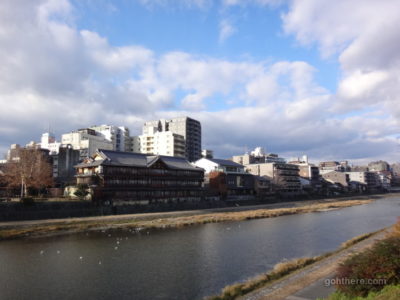 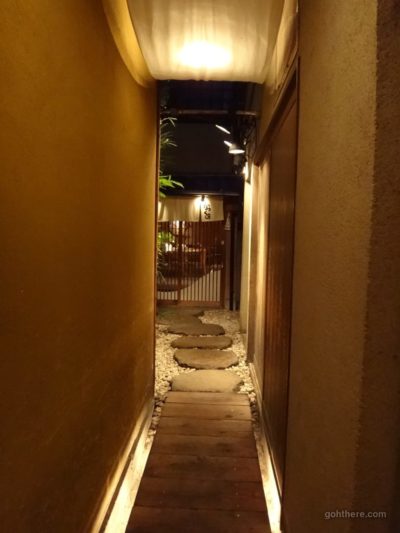 Entrance to the restaurant Katsukura (かつくら). It has other branches in Japan but this one at Kyoto Sanjo (京都三条) is the original. 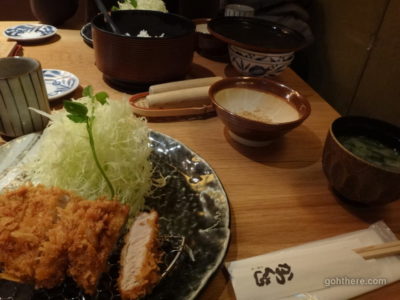 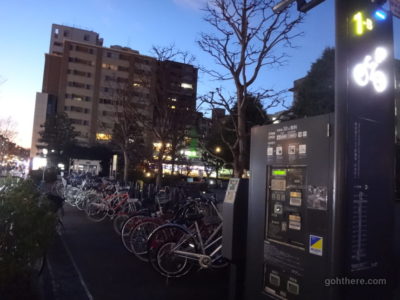 Bicycle parking. Oh how much time wasted on this… 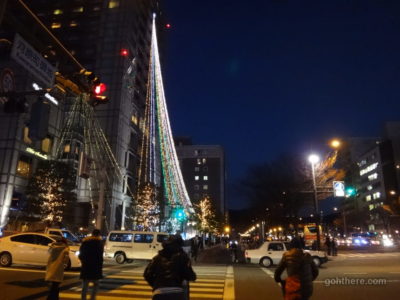 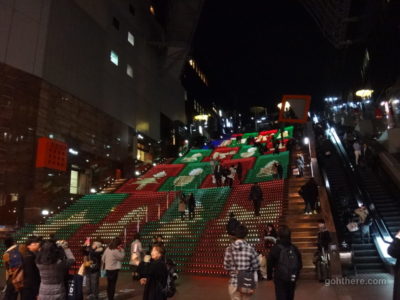 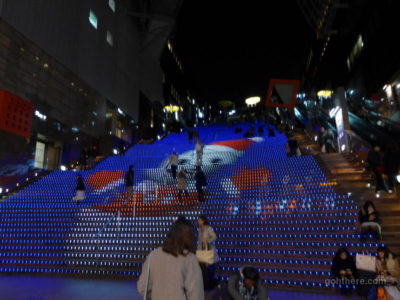 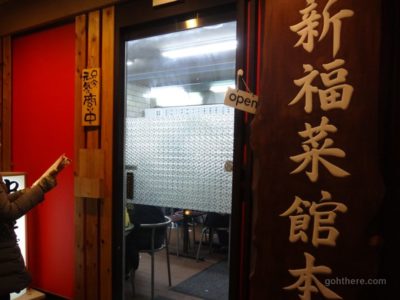 After returning our bicycles and walking around Kyoto Station, we decided to try the other ramen shop which is also highly rated like yesterday’s. Not picutured but also a queue waiting. 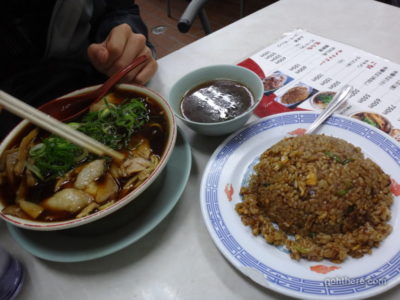 It’s famous for the ramen in dark soy broth. No surprises there, but the fried rice was very tasty.