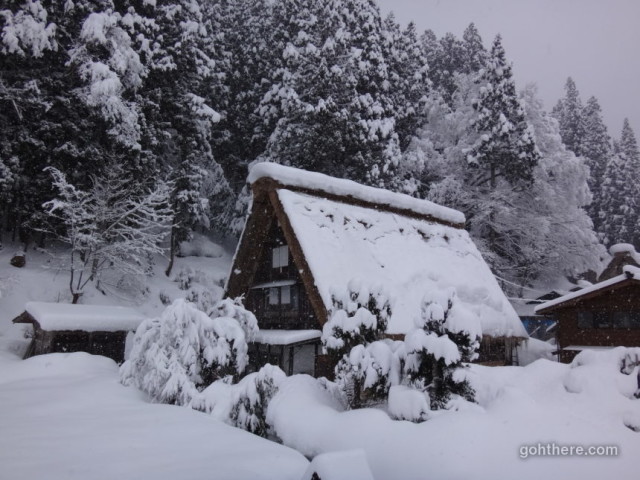 We bid farewell to guesthouse Bunroku after breakfast, and had until noon to explore Shirakawago. We didn’t walk around much the previous day apart from the trek to the observation deck.

There was a thick cover of snow, still fresh and smooth as the first group of day tourists were yet to arrive. We were even able to take a photo of the Deai-bashi bridge when there was nobody on it. 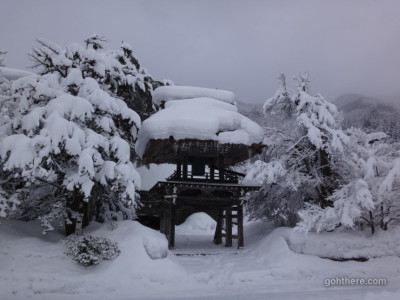 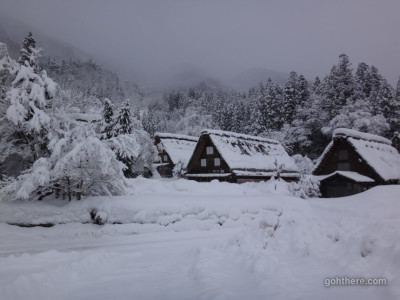 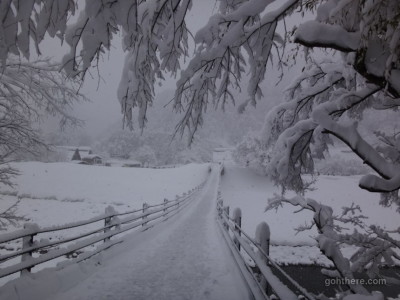 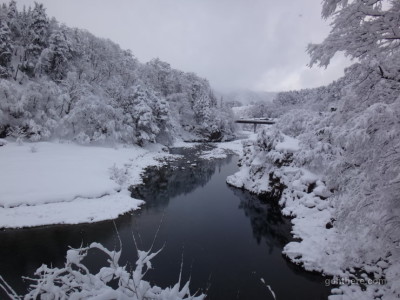 Leaving Shirakawago, we travelled by express bus to Shinhotaka Onsen, where we would be spending the night. This required making a transfer firstly at Takayama (高山), which is the hub of most of the bus routes in this region, and a place that we would come back to visit later. We then made another transfer at Hirayu Onsen (平湯温泉). 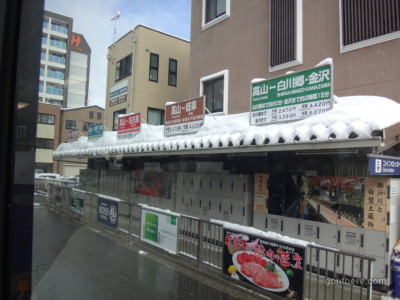 Near the Takayama bus terminal. Signs on top showing a few routes and fares. 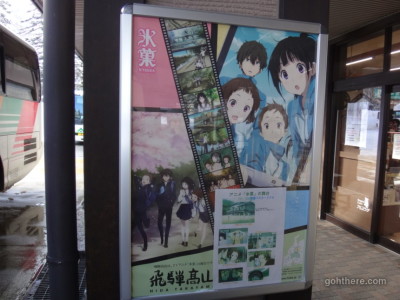 Poster seen outside the Hirayu bus terminal. Takayama was used as the model setting of the anime Ice Candy (氷菓).

Shinhotaka Onsen is all the way near the end of the bus route to the Oku Hida Onsen area (奥飛騨温泉郷). Shinhirayu (新平湯温泉) and Fukuchi (福地温泉) are two other hotspring towns in this area, but I chose Shinhotaka specifically because it is further in the mountains, so supposedly with fewer people. Indeed in turned out for that day there were only a few other guests in the pension we booked. Winter is low season for lodgings there, which normally cater for hikers in the summer, as it is near the Japanese Northern Alps. 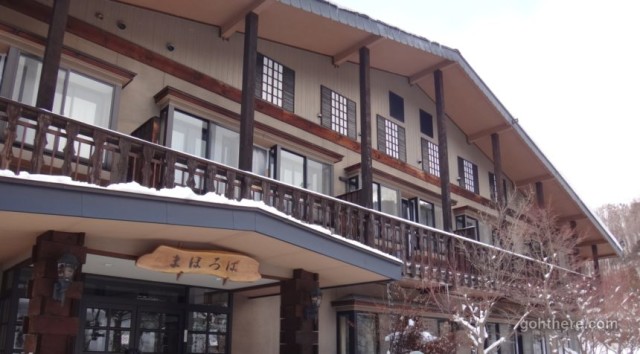 We were staying at pension “Mahoroba” (まほろば). It was excellent, with 4 outdoor hotsprings having great views of the mountains, and all of them could be reserved for private use. On top of that, as it had only 8 guestrooms, there’s not much worry about other guests occupying up all of them. 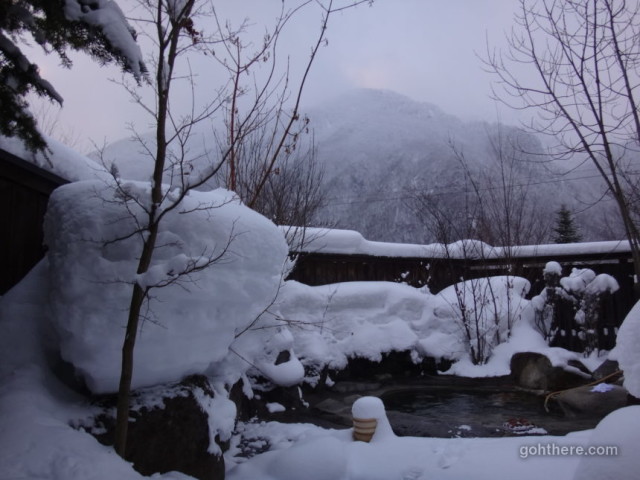 There was a little hurdle though – we had to be quick in those changing rooms without heating, and then just dashed for it out in the cold into the warm water! But my wish of trying “hotspring in the snow” (雪見温泉) was fulfilled, couldn’t ask for more!

Note that onsens are normally communal in Japan, so it is important to confirm whether reservation is possible before booking. Note that communal ones are almost always sex-segregated! 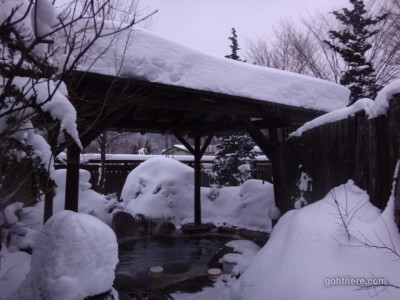 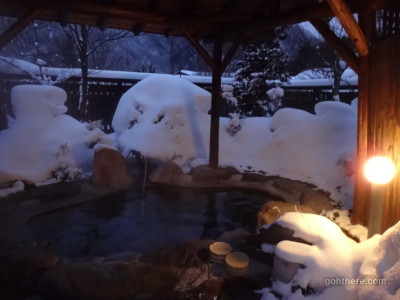 The dinner at Mahoroba was similarly grand. There were grilled Hida beef skewers for starters, and then more beef for “shabu” hotpot. 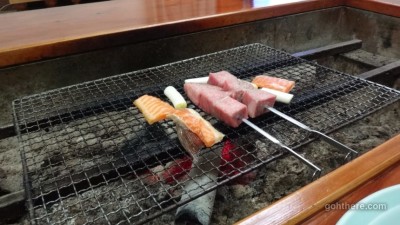