Perhaps travelling in the cold weather the last few days had taken its toll, I started to feel some symptoms of a cold (pun intended). After breakfast, I took a good soak in the indoor bath to warm up, and got my spirit back somehwat. Yes – apart from the 4 outdoor hotsprings, the pension has 2 more large shared indoor baths! Unfortunately this time I had to say no thanks to getting out naked in sub-zero temperature to the outdoor hotspring. 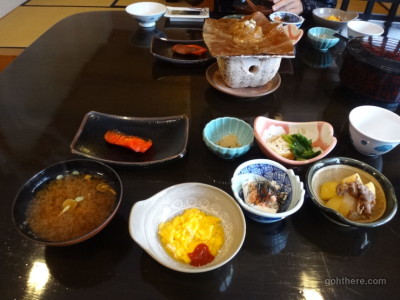 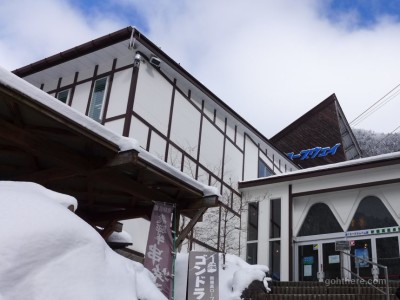 Knowing our plan was to visit the Shinhotaka Ropeway next, the pension owner was kind enough to give us a ride to the ropeway station. It’s less than 10 minutes away by car, but that saved us from either having to wait for the bus, or doing that walk in the snow. 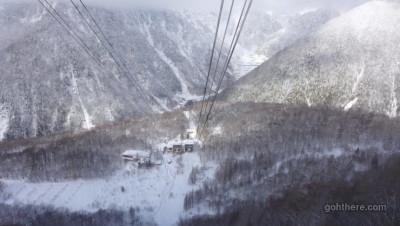 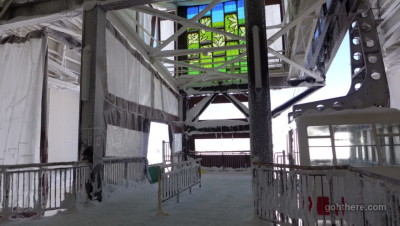 The ropeway goes all the way to nearly 2200m elevation, where you can get a panoramic view of the nearby Nishihotaka peak (西穂高岳) (2909m) and the Northern Japanese Alps that it is part of. We were told the weather would be great up there – the clouds that gave us heavy snow recently were cleared! 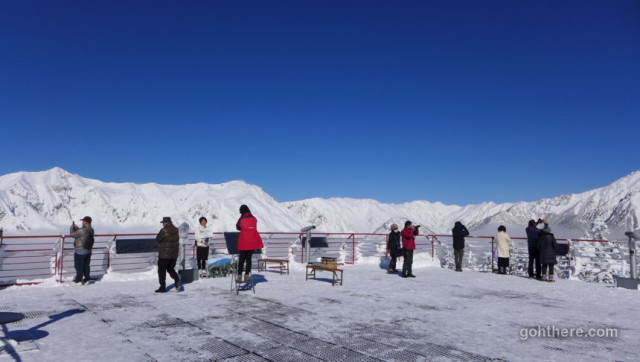 And indeed, amazingly clear blue sky. Below, there was a sea of cloud at lower altitude. 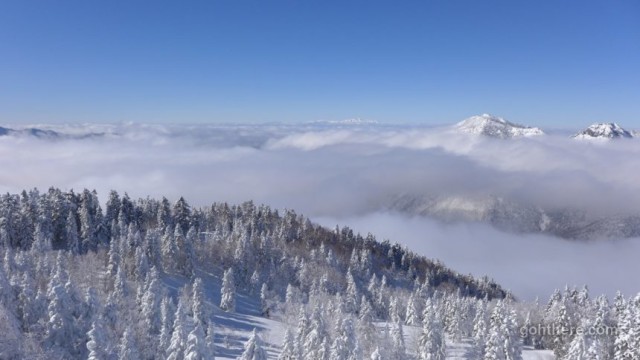 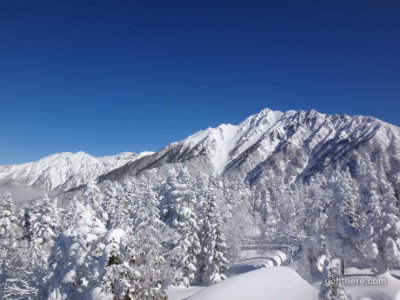 Most visitors were on the observation deck, but there was an exit below it that few seemed to be aware of. That led to a short trail that was carved out of the deep snow nearby. From there you could go even further on to the mountain trail for climbing. We saw one girl in the same ropeway car earlier who was carrying helmet and a huge rucksack (size of ours combined?), there was probably where she had headed to. 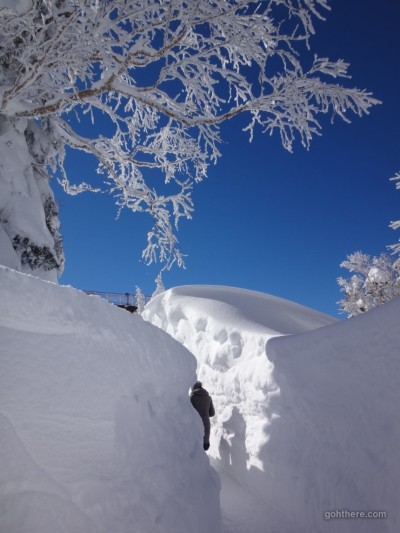 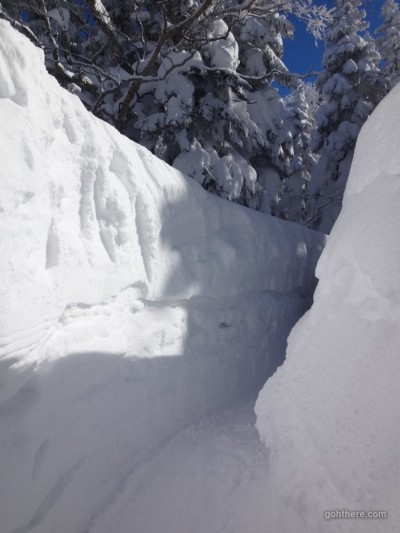 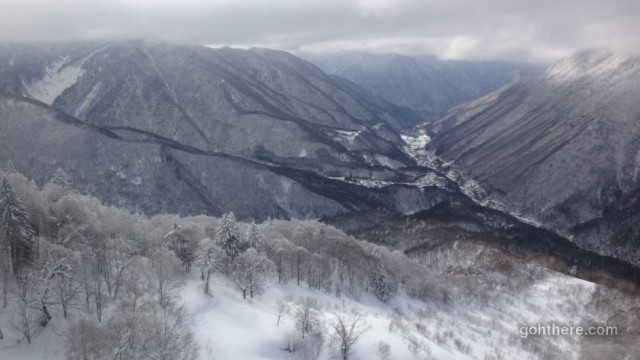 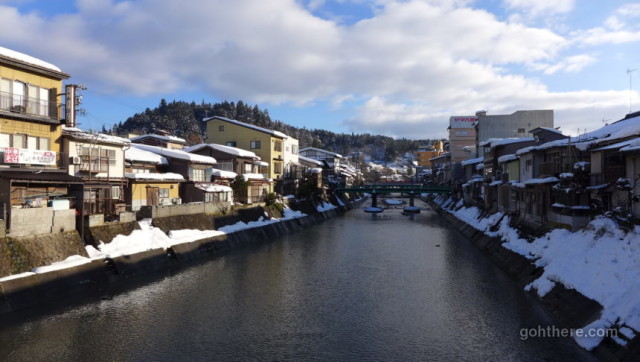 From the lower station, we travelled by express bus for about 2 hours to Takayama. We changed bus there the day before, but didn’t have time to walk around. To be honest, we didn’t have much time this time either – we arrived just before 3 pm and were intending to leave by late afternoon. 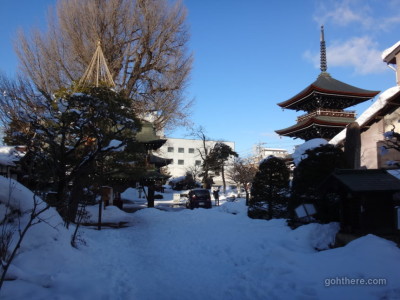 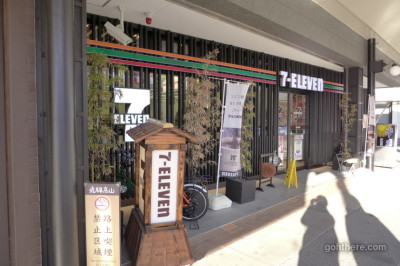 Even the 7-Eleven convenience store matches the town’s atmosphere. 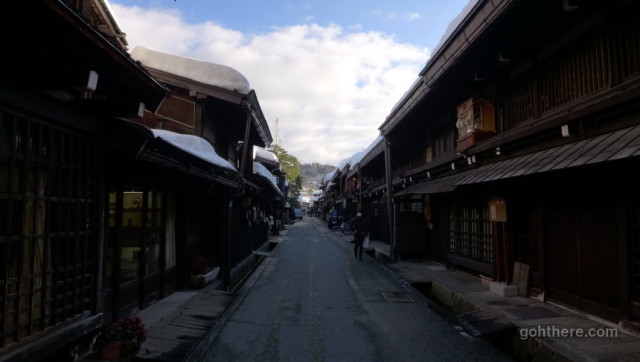 We did a whirlwind tour of the famous old town area, and sampled some Hida beef snacks (we had quite a bit the last few days, actually!).This certainly didn’t do justice to Takayama – there were also the morning market, and some interesting walks around town. Not to forget, this being the settings for the anime Hyouka (氷菓) I watched recently, there were plenty of location visits I would’ve liked to do. 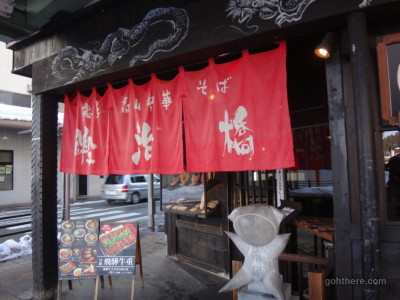 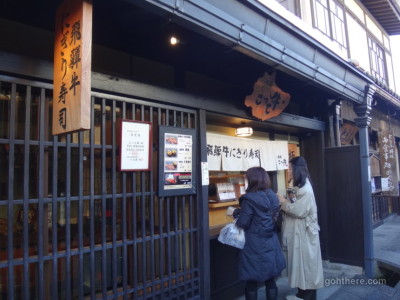 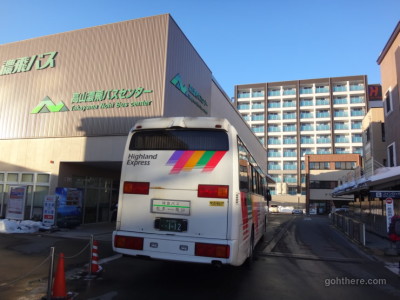 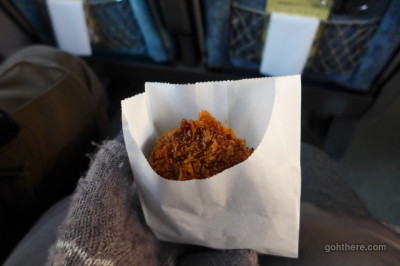 But we were out of time, and I was out of energy as the cold symptoms crept back on me again. We took the express bus after 4 pm, making a change a Matsumoto (松本), and heading back home in Tokyo.