Persistence paid off, we were finally going to see some sunshine today! Biei is full of postcard-perfect views of picturesque rolling fields, and our plan for the day was a cycling tour. This would’ve been a tough one if weather was like the last two days.

We booked the rental cycles in advance – that time being the busy season, and also that particular shop has some really good electric-assist cross bikes. As the area to cover was not huge, bicycles were more convenient and cheaper than cars. But the undulating terrain, although pretty to look at, also means a lot of ups and downs. In fact, during the day we saw quite a few tourists with normal bikes having to get off and push (or struggle painfully) when going uphill.

The electric bikes were great. But there was still a level of workout, as we kept the assist level at the low setting, meaning it would only kick in when there’s a tough climb. This helped to preserve the battery, ensuring it wouldn’t run out near the end of the day when it might be needed most! 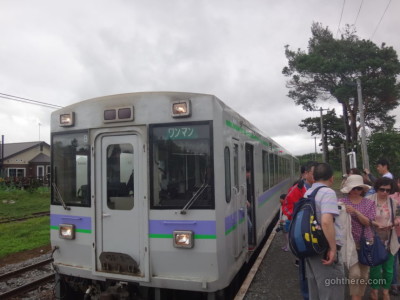 Taking the same train line as yesterday, going a bit further after Furano was the Bibaushi (美馬牛) station in Biei. 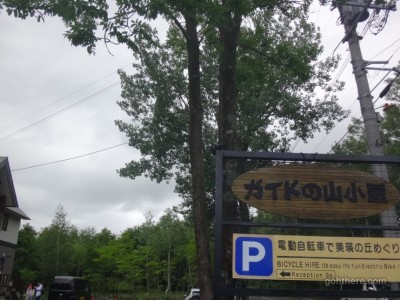 The cycle shop is just a short walk from the station. 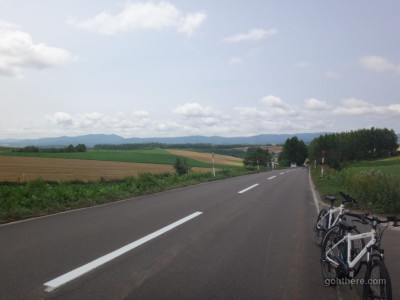 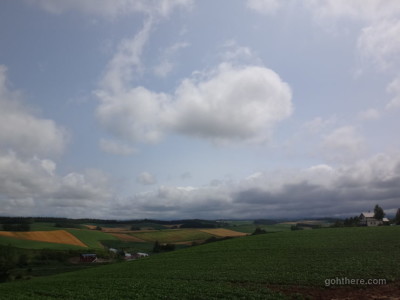 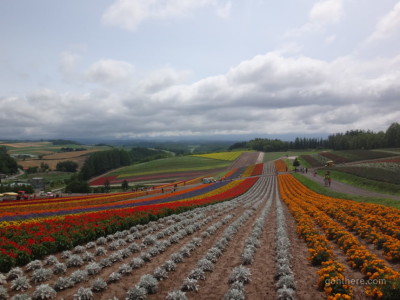 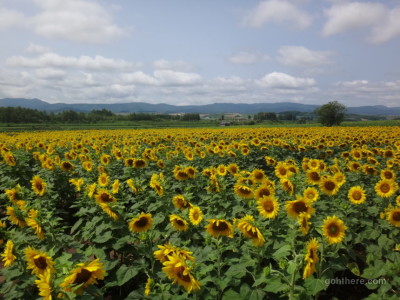 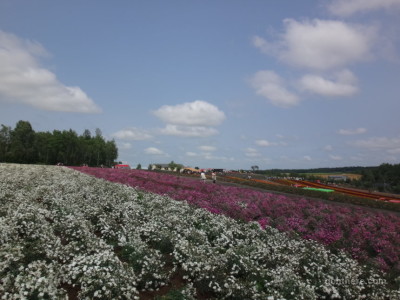 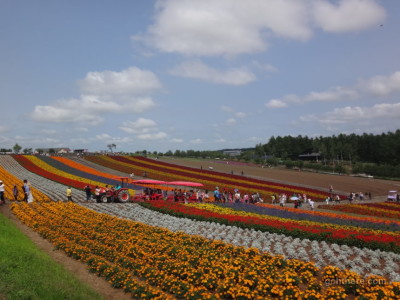 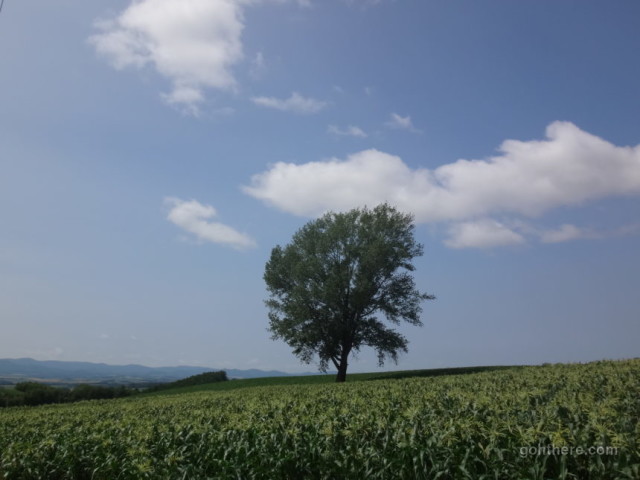 This is known as the Philosophy Tree (哲学の木). (Note in 2016: Unfortunately this tree has now been cut/removed, supposedly this attracted too many ill-mannered tourists and the farm owner had enough) 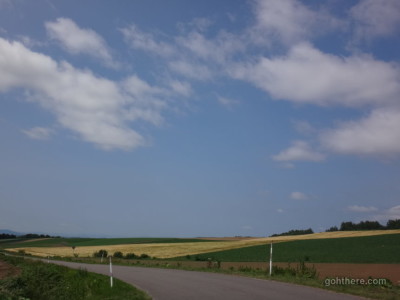 Most of the country roads were deserted. Great for cycling! 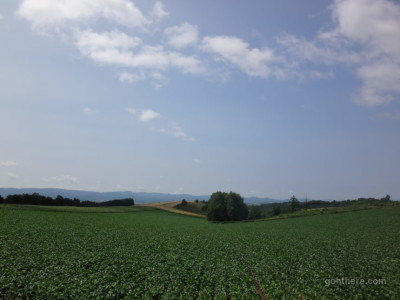 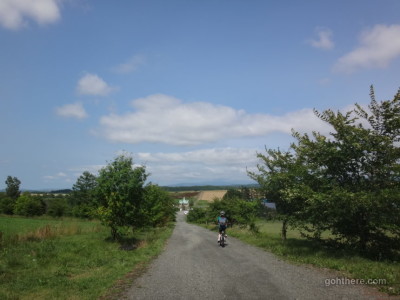 A bit of downhill taking a shortcut on a dirt road. A good bike here really helped! 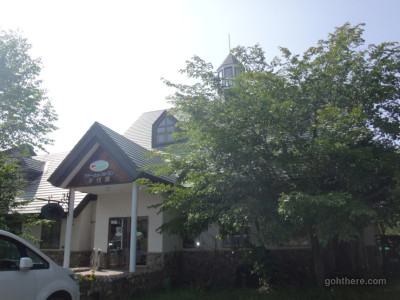 Chiyoda Farm (千代田ファーム). It has some animals on displays as well as a restaurant / shop selling mainly dairy products. I had a big milk ice-cream (not pictured!). 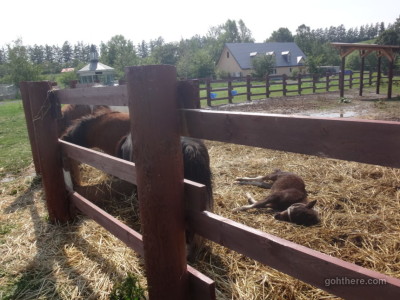 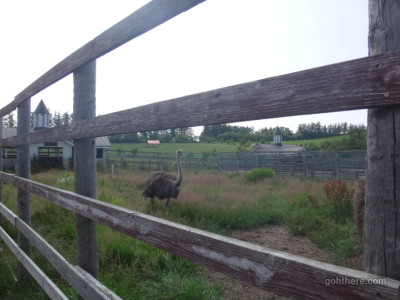 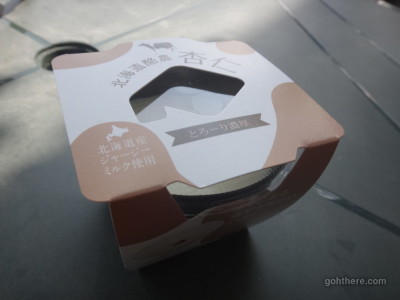 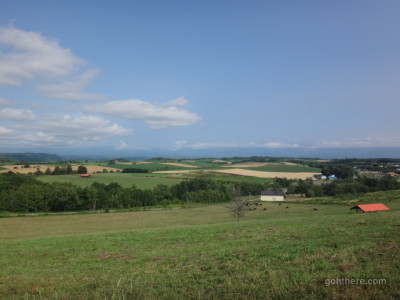 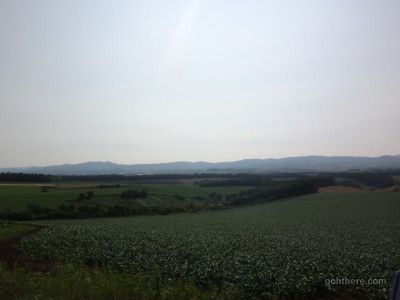 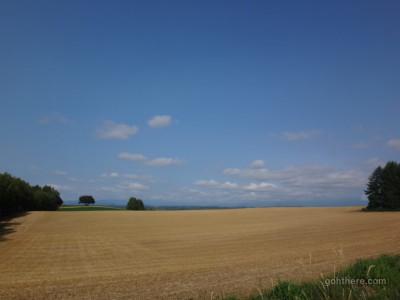 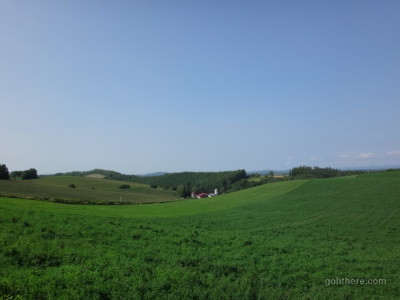 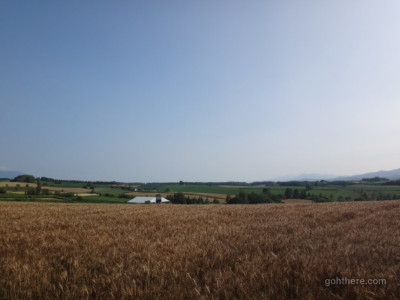 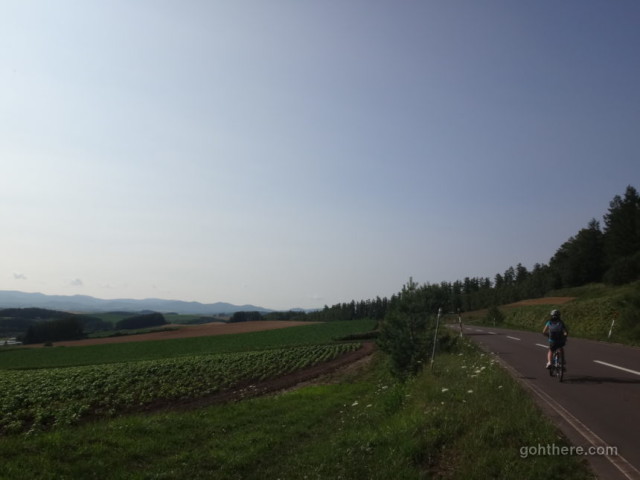 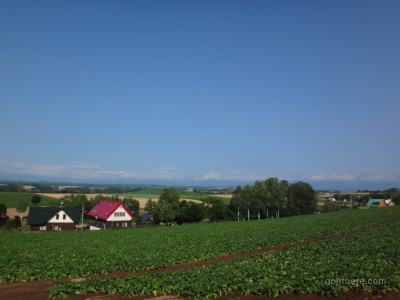 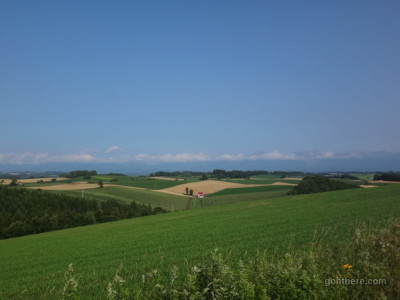 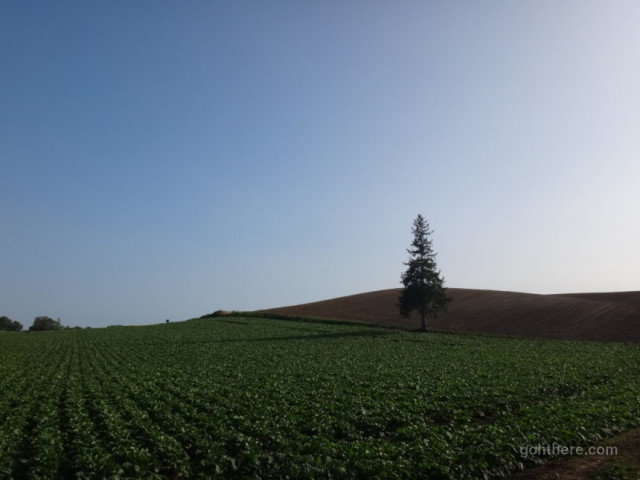 Another famous tree. This is known as the Christmas Tree (クリスマスツリーの木). There were a few other “special” trees in Biei, often featured in commercials and other media. But we didn’t have time to see more.

We went back to Asahikawa for dinner, and the following morning was time for home. Our flight was from Asahikawa Airport. It’s small local airport, enough for 5 planes perhaps? Quite a contrast to the Shinchitose “Shopping Mall” Airport that we arrived at! 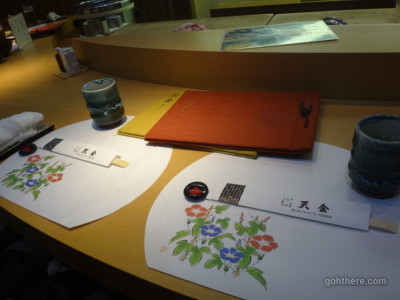 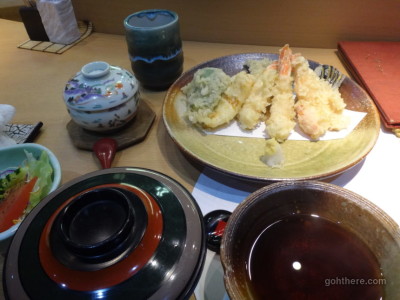 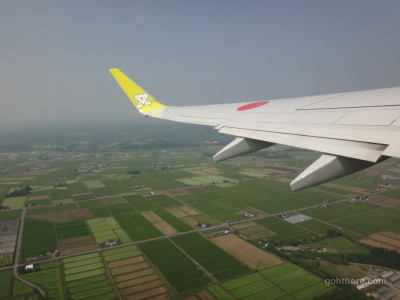 Due to work commitment, this time we had to finish our trip in the morning. But at least this third day we had excellent weather, and a good tan on the arms after a day of cycling!

One disappointment is that we had to miss the Aoi-ike (青い池) in Biei, the neon blue pond that became world-famous as wallpaper used in Max OS X Mountain Lion. Although accessible, we were told by locals that after raining, the pond would lose its blue colour for several days. This gives us another reason to revisit this place, hopefully with better weather next time!