Rain continued from yesterday. It didn’t get better after morning, so we headed out anyway around noon.

Furano is almost a synonym for lavender, and there are many lavender fields in the area. Without a car our options were somewhat limited, but walking is still possible, and we did a route starting from Nakafurano station (中富良野駅), and ending at a special temporary station Lavendar Farm (ラベンダーばたけ), where trains only stop during the peak lavender season. This route went through 3 lavender parks / farms, the last one was Farm Tomita, the most well known one in Furano (and also likely most crowded). 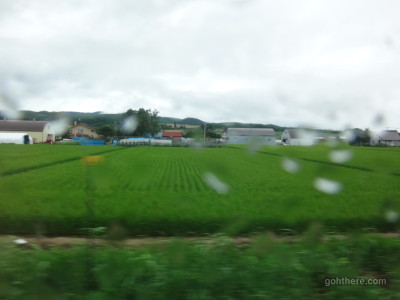 Fields were green but sky was gray. 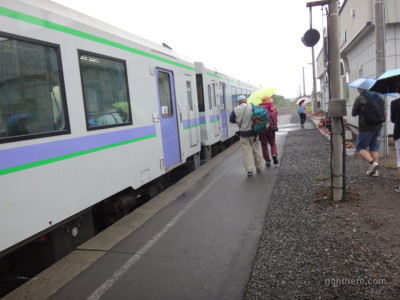 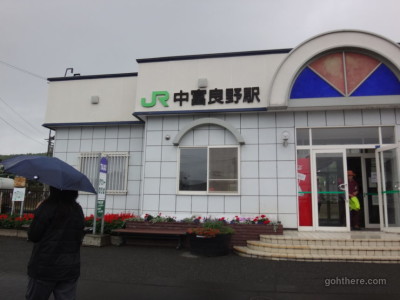 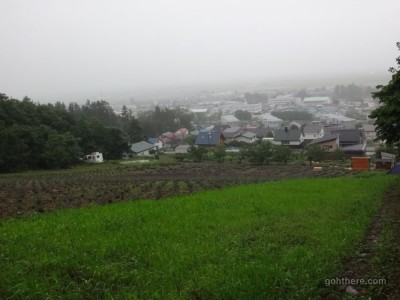 Walking up a hill to reach the first lavender farm on our route. 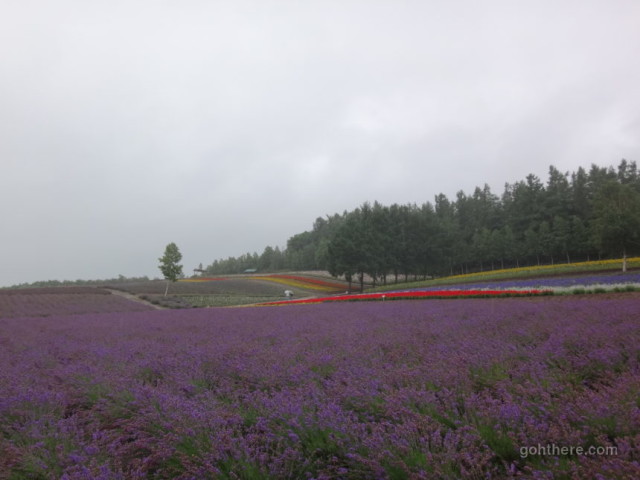 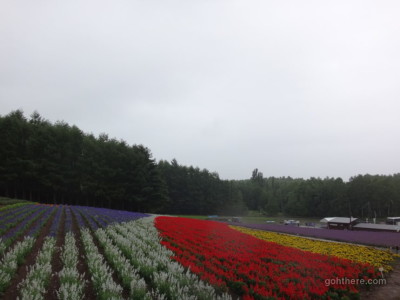 There were other flowers too apart from lavender. 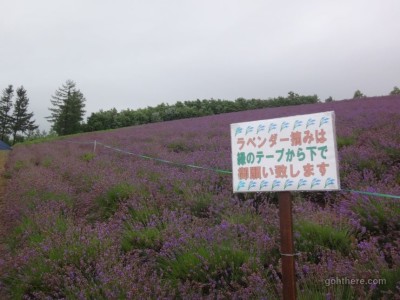 There was one section outside the line where we could pick our own lavender as souvenir for free. 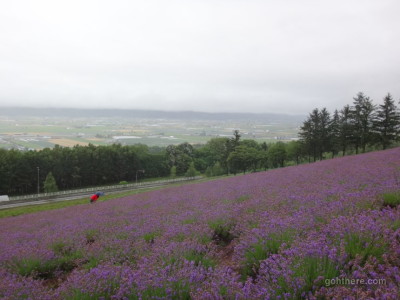 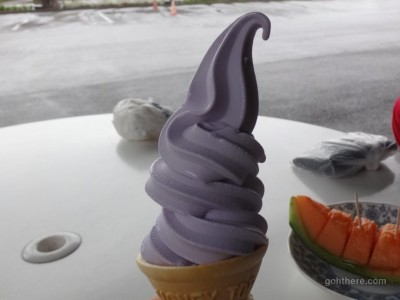 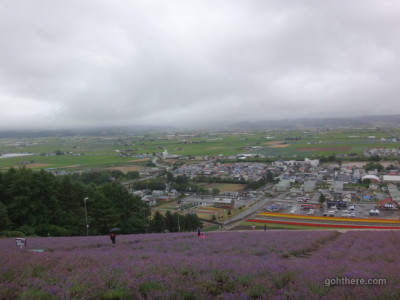 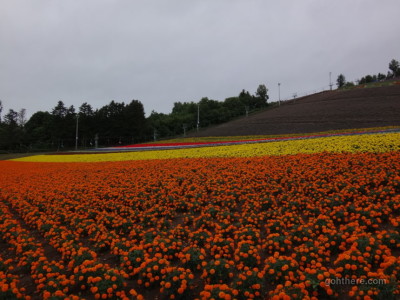 In winter, this slope becomes the Hokusei Ski Area. 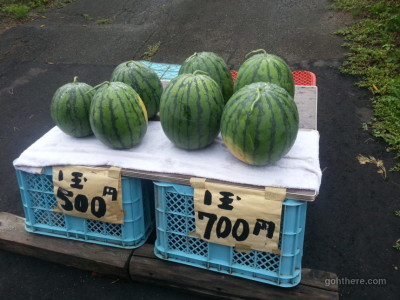 Watermelons for sale on the road side. So cheap!

Before reaching Farm Tomita’s lavender fields, we first made a stop at the adjacent Tomita Melon House, which has a large covered area selling melons and other food and snacks. We needed a break as rain actually got even heavier. Despite the rain though it was completely packed with tourists – sharp contrast to the earlier Saikanosato farm where we almost owned the place.

Granted that it was almost the end of the lavender peak season, the fields there were also a bit underwhelming, again when compared to the earlier farm which had more in full bloom. Its lavender shop was well-stocked though, and we bought some excellent lavender tea. 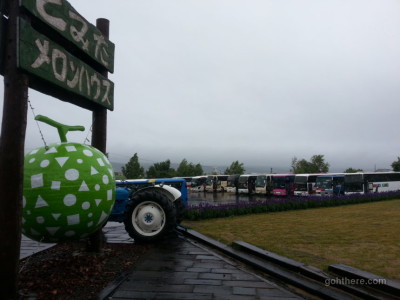 Lined with tour buses despite the heavy rain. 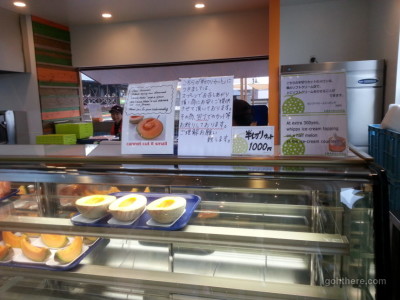 Apart from whole melons it also sold half cuts as snacks. 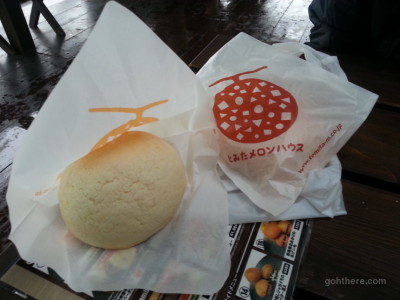 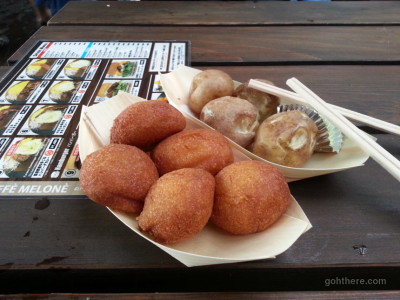 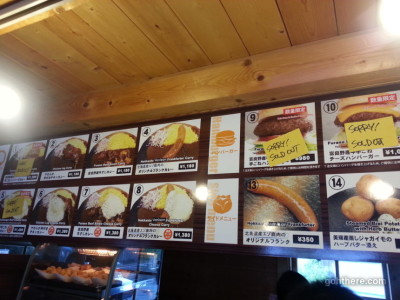 All the items with Furano-farmed beef were sold out. Not surprising given the crowd. 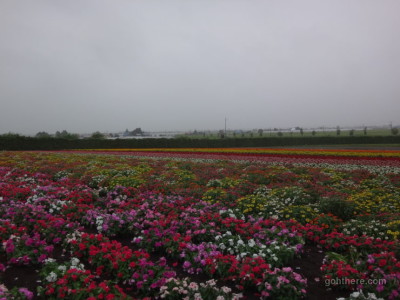 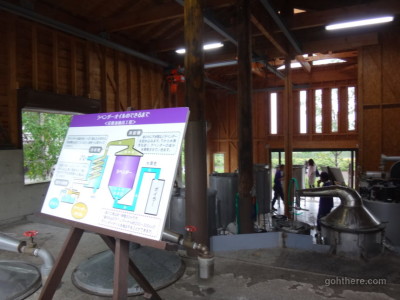 Showing how they make lavender extract. 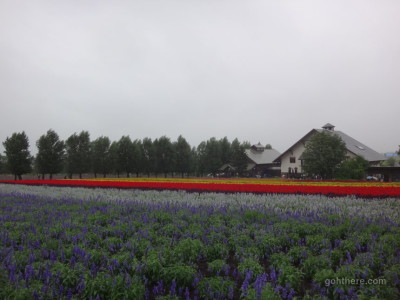 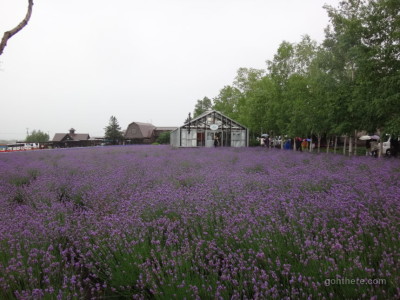 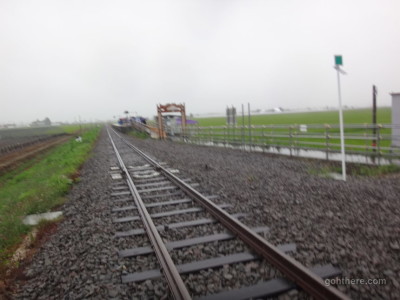 Leaving from the temporary station Lavender Farm. It’s really just a make-shift one in the middle of the fields. 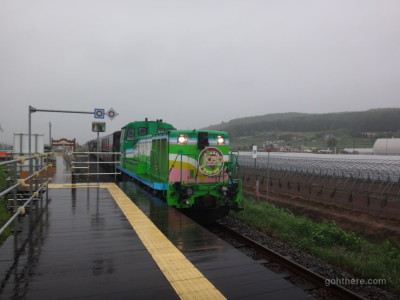 During the peak season they also have this special “Norokko Train” running between Asahikawa, Furano and Biei. 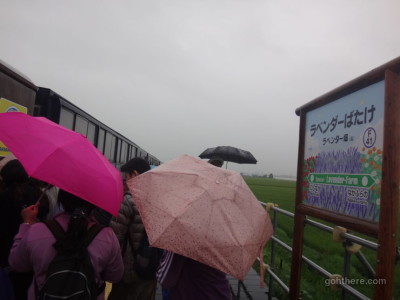 Crowd getting on train. 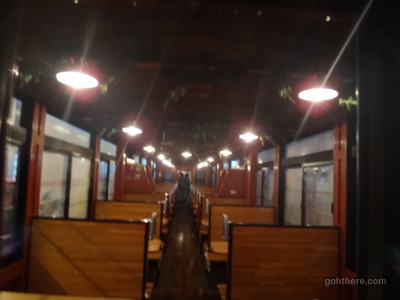 Wooden decor in the train

Back in Asahikawa, for dinner we had a warm and filling soup curry, a Hokkaido speciality. 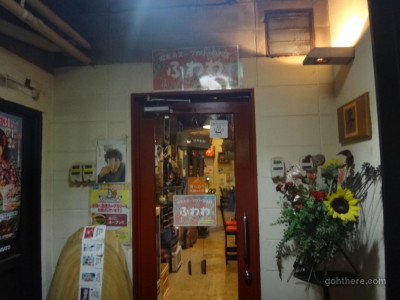 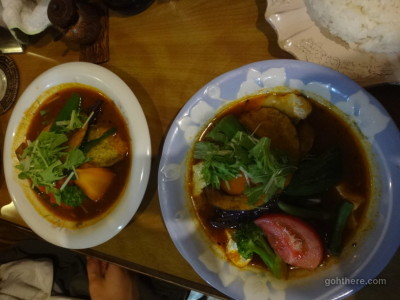