Our second day of diving was with the operator Pushynushima (ぷしぃぬしま), which happened to be right next to our hotel East China Sea, next to the pier. My wife gave diving a pass that day, so only me, one other Japanese guy, and two dive masters from the shop made the day’s group. The staff were laid back, the shop was a proper shop with places to sit down, and we’d be heading out on a proper boat, not a “canoe”. What relief compared with yesterday! 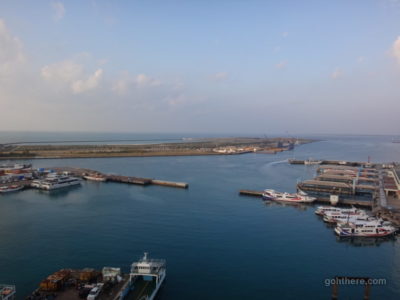 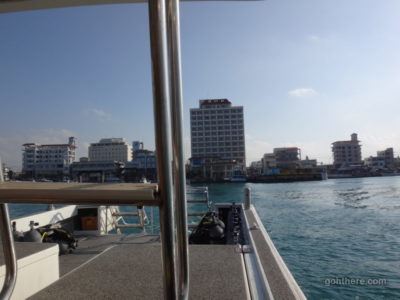 Departing right in front of our hotel. 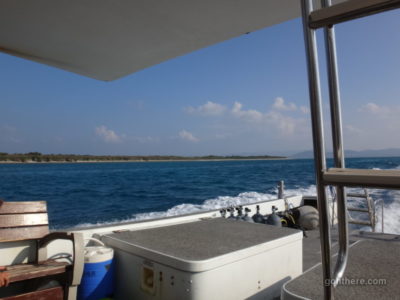 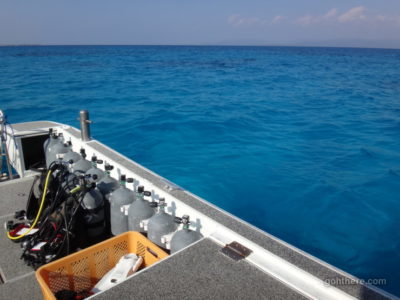 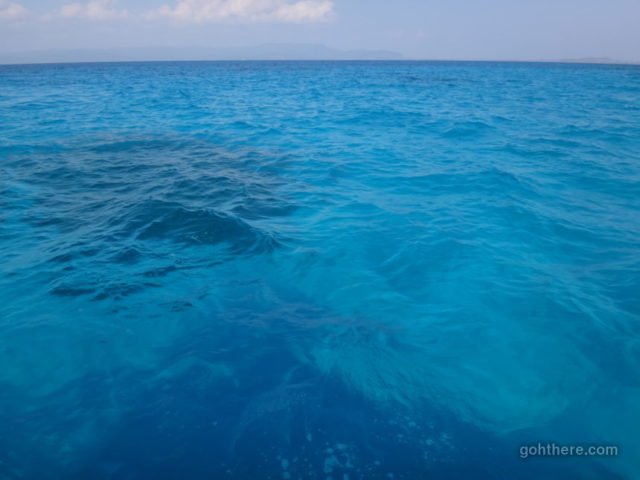 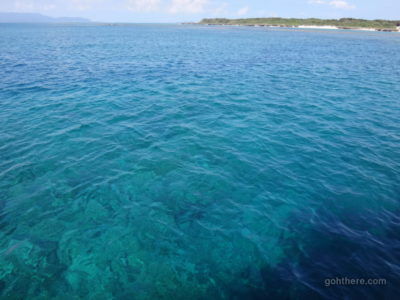 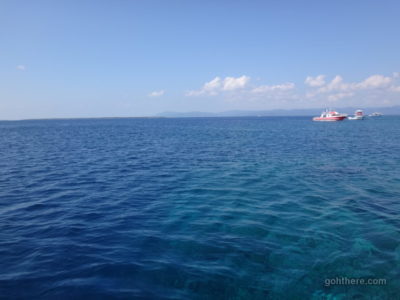 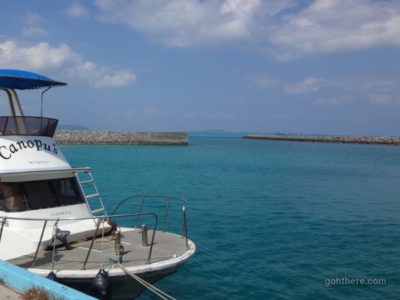 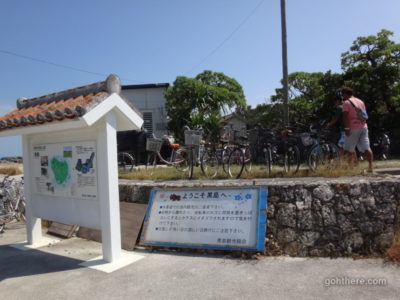 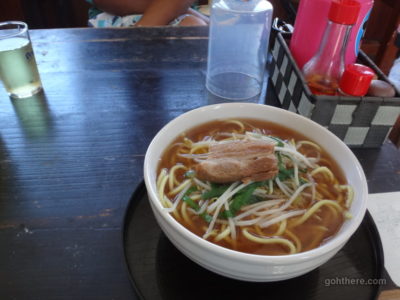 Great that the staff brought us to a local restaurant. Way better than standard bento! 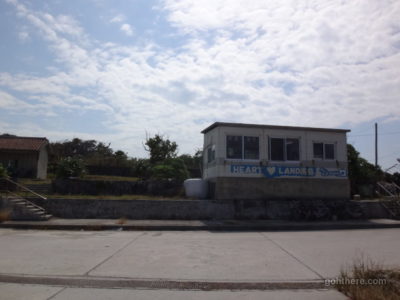 It’s regrettable to mention again that without an underwater camera, there’s nothing to show here from the dives. But they were amazing – lots of fish and the visibility was unbelievable. At least from the point of view as an beginner, they were the kind that made me felt scuba diving was worth it.

I could do with a third dive, but I needed to regroup with my wife later in the afternoon for a short trip to the Taketomi Island. It is a short ferry ride from Ishigaki Island’s terminal.

Taketomi Island is famous as a place to find “star sand” – actually small star-shaped shells. Unless you have time to spare my advice is to save the effort and just buy from souvenir shops which sell them in little bottles in various forms, like attachment to a keyring. Other than that, it’s a relaxing island to stroll around, with good beaches (as long as you avoid the star sand-hunting crowds). I’d recommend a rental cycle as the island is actually not that small. 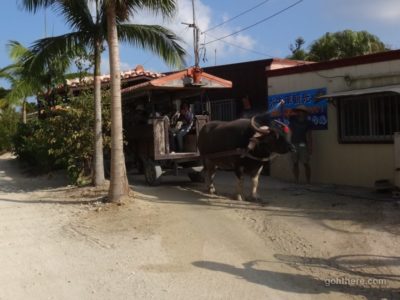 We opted for bicycle instead… 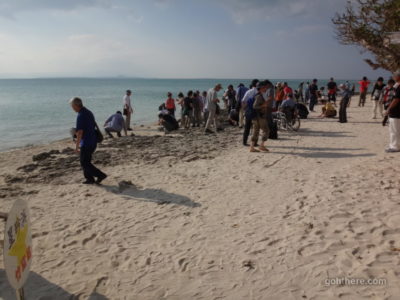 Everyone busy looking for star sand. 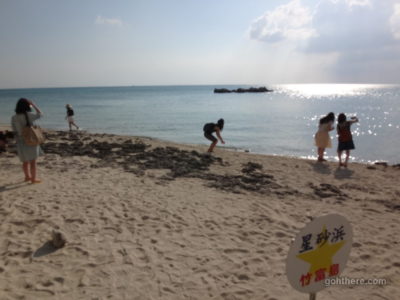 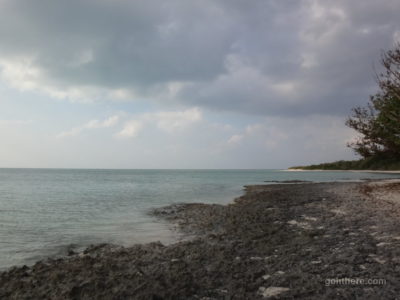 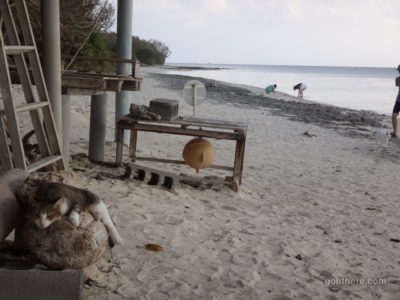 Apart from star sand, cats are also commonly found on the island. 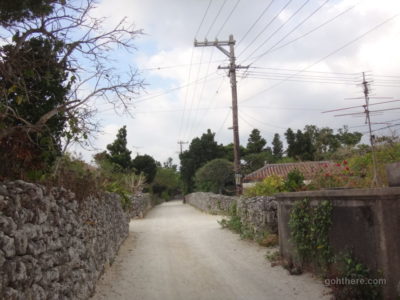 Cycling through some traditional village. 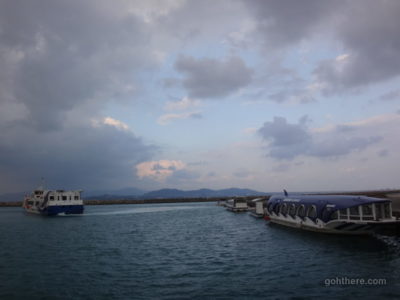 Heading back to Ishigaki by ferry. 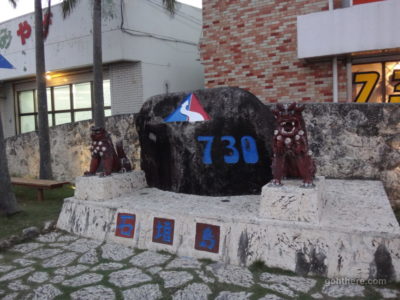 730 Memorial. The date when Ishigaki changed from right to left-side traffic to be consistent with the rest of Japan. It’s near the town centre so can’t be missed. 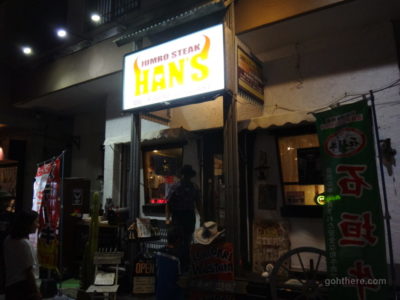 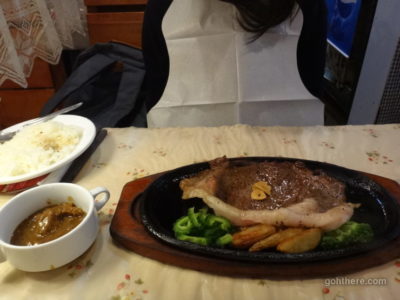 Many customers’ comments and signs. 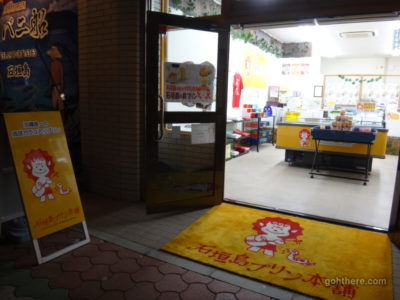 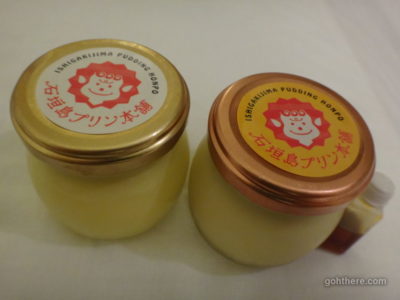 I had a satisfying breakfast buffet at the hotel, without needing to worry about eating too much before diving. And then it was farewell to Ishigaki – we took a flight back to Naha first, and then later another flight to Tokyo. The end of our two-week trip! 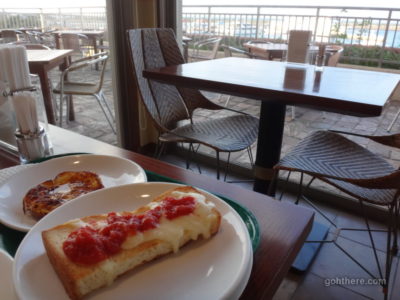 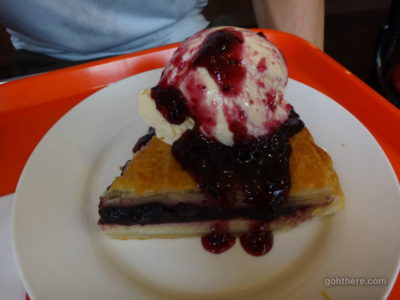 At Naha, there was enough time for another visit to Blue Seal Ice Cream. Went for the big one.