There’s no direct flight to Rebun Island; it’s accessible by ferry only which runs among Wakkanai (on Hokkaido “mainland”) and Rishiri Island. The latter two do have airports, and Wakkanai being a relatively larger town is served by several domestic flights per day, straight from Tokyo. For budget conscious travellers like us though, we opt for a start in the prefecture capital Sapporo (札幌), as there are many low-cost airlines serving the Tokyo-Sapporo (Shin-chitose Airport) route. From Sapporo we then joined the locals, taking the overnight bus going 360 km north to reach Wakkanai.

Our flight to Shin-chitose Airport arrived around 5 pm, and until the 11 pm departure time of the overnight bus, we had some time to find dinner and hang around. This is our second time in Sapporo, and rain was pouring when we were here 2 years ago. 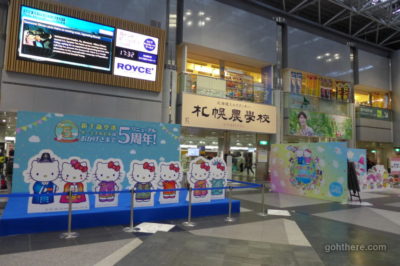 Shin-chitose Airport (新千歳空港). We had already been to most of its attractions last time so we didn’t stay long. 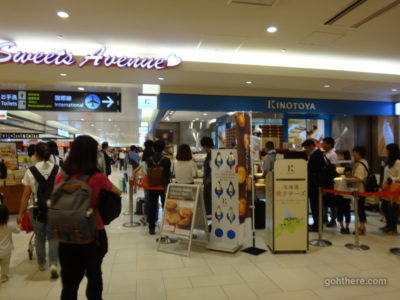 One of the airport shops. Something smelled very nice here – it’s cheese tart, and a long queue to prove its popularity. But they were only sold in boxes which was too much for us.

Hokkaido is famous for dairy products so a milk ice cream would be a fitting start for the trip. Two years ago we had one at the airport. Determined to find something (even) better this time, we did some research and found this cafe “Notre Sapporo” (ノルテ・サッポロ) at Sapporo train station. Tucked in a corner next to the tourist information desk, it’s not the most obvious to locate. But considering its items were mostly, if not all, Hokkaido produce, the prices were amazingly cheap. The milk soft serve ice cream is of course not to be missed – it’s rich, the size is huge, and you can even choose chocolate waffle cone for no extras! Really, don’t succumb to the ice creams at the airport, and wait until you get to the Sapporo train station! 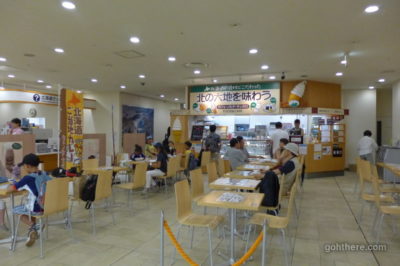 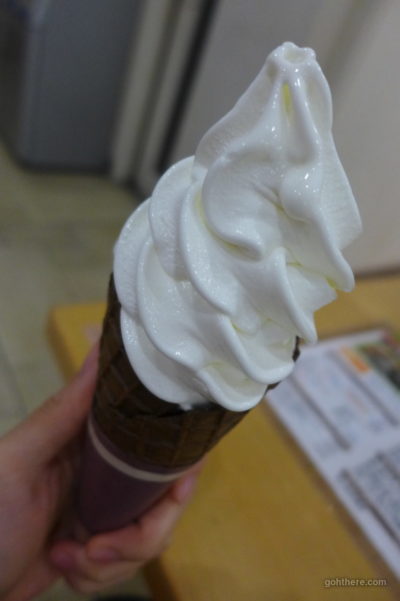 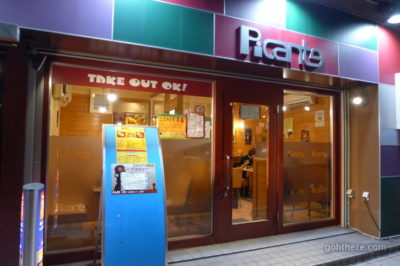 As large as that ice cream was, we still had to get some proper dinner. Soup curry is the staple dish here and we found a restaurant with good review not far from Sapporo train station. 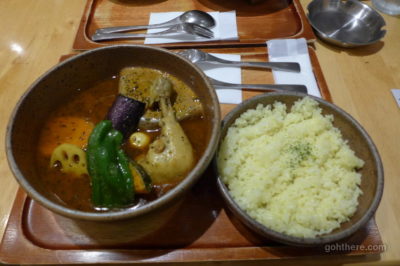 Soup curry. It’s good but a bit below expectation. For example the vegetables were not grilled beforehand. And we weren’t happy that the waitress didn’t let us change to the non-smoking area even after a table had been freed up! 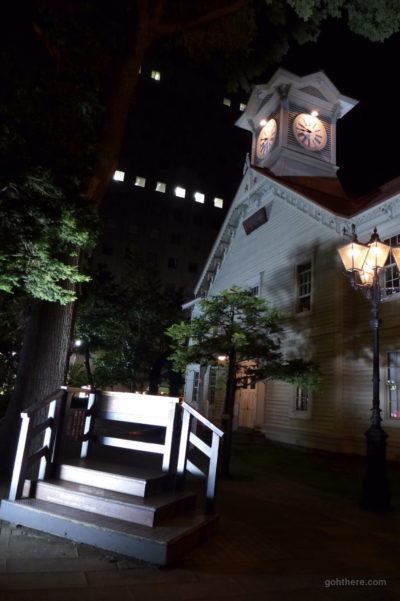 We still had a fair bit of time to kill before bus time. Strolling towards the Odori Park (大通り公園) we went by the Sapporo Clock Tower. Been there already, but last time was in heavy rain during the day. 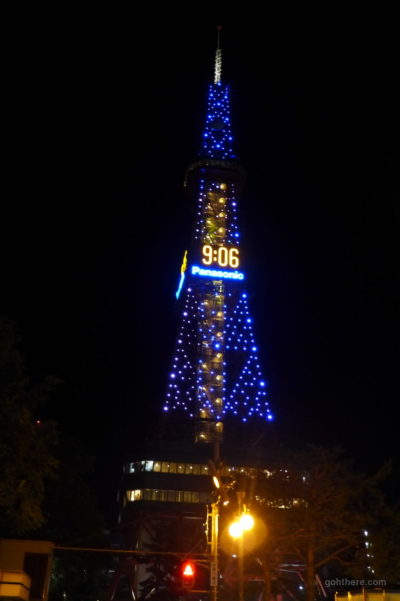 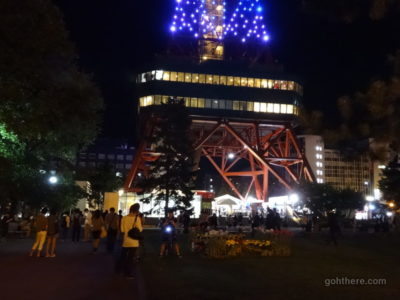 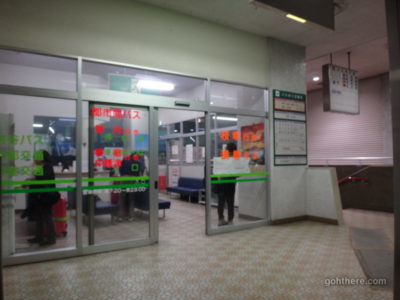 Odori Bus Centre (大通バスセンター). It’s not really that grand with just a few rows of seats in the waiting area. But there’s a TV to watch and before we knew it it was departure time (TV is such a time sink!) 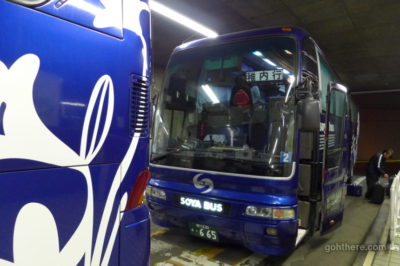 All buses in northern Hokkaido are operated by Soya Bus. The route between Sapporo and Wakkanai has around 5 services throughout the day, this is the only overnight service. 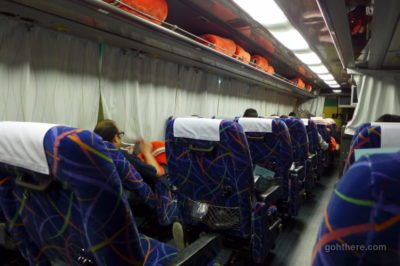