We arrived at the northernmost city in Japan, Wakkani, just after 5 am by overnight bus. It’s pretty early, but at this latitude, the sun was already up an hour ago, and it’s an amazingly clear day.

Wakkani is the jump-off point from the Hokkaido “mainland” to Rebun Island (礼文島) and Rishiri Island (利尻島), but it’s also a place worth visiting, if none other than Cape Soya (宗谷岬), the northernmost point in Japan. There are a bunch of islands further north that Japan claimed are “illegally” occupied by Russia, but disregarding the disputable territory, this is as far north as you can go in this country, and is a place of symbolic significance, in particular for those undertaking some journey to traverse or travel around Japan.

Just behind the cape on the hill is Soyamisaki Farm (宗谷岬牧場). On a large expanse of rolling field, there’s a road and walking course through it; it’s possible to see cows grazing and enjoy the vast view right in the middle. 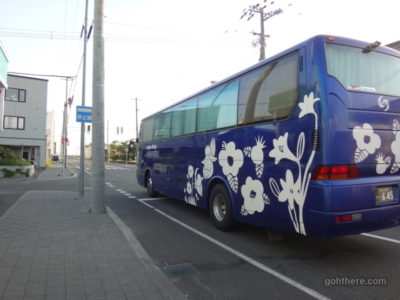 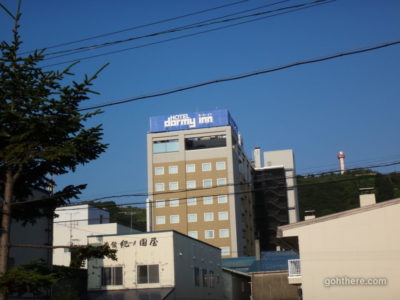 Dormy Inn Wakkanai, our hotel for the day. 5 am was of course too early for check in. 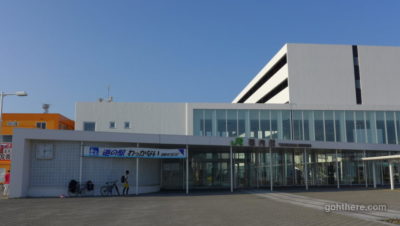 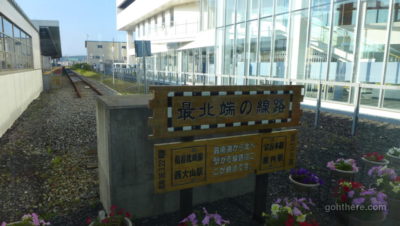 And a sign to show this is the northernmost end of the rail route. 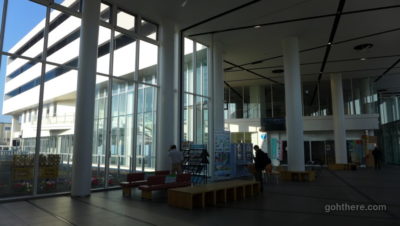 Considering is a fairly small town, the station is surprisingly modern and spacious. 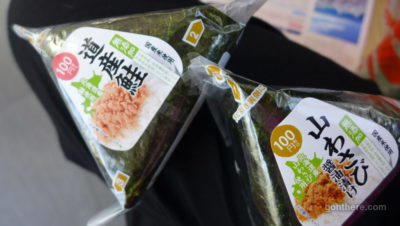 We could use some breakfast, it’s still very early but at least the convenience store at the station is opened from 6 am. We got some rice balls with fillings of Hokkaido produce. Better than the ones in Tokyo! 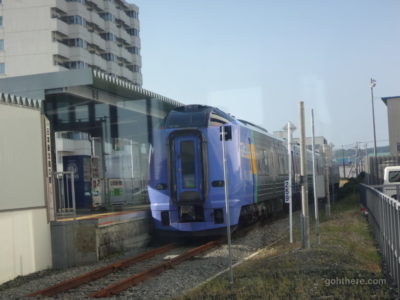 Some time before 7 am, the first train of the day arrived. This is an express train from Sapporo, most tourists would be taking this as this is faster than the bus (but more expensive)

There are several local buses going to Cape Soya per day, I presume they are mainly for tourists are it’s actually about half an hour away from town area. Some day tours are also available which drop by a few more places (including driving pass the Soya field). But since the places to visit are quite spread out, rental car would be a better choice. 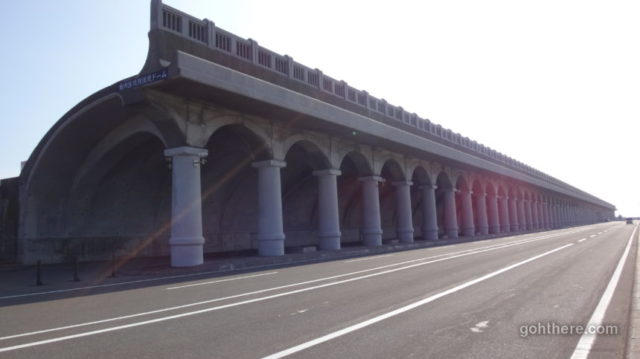 As the rental car shops only open at 8 am, we had some time to explore the local area. Not far from the train station near the coast is the Kita Bohatei Dome (北防波堤ドーム), a structure built as the breakwater for the nearby port (稚内港). 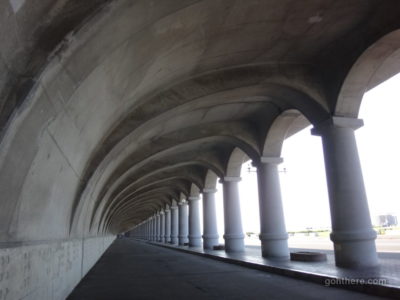 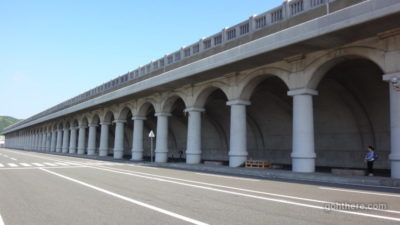 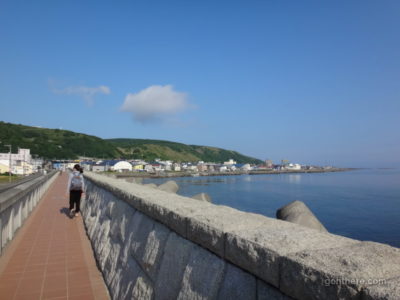 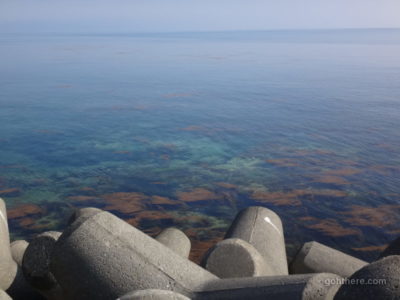 Looking out to the sea, beneath the calm surface were lots of colourful seaweed. 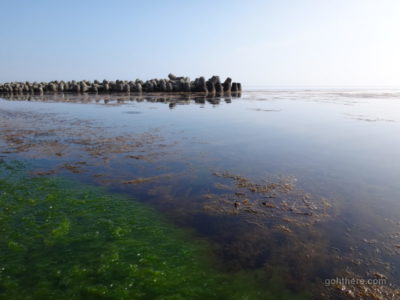 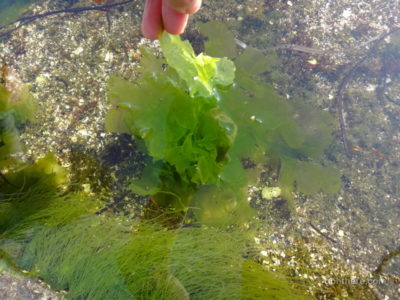 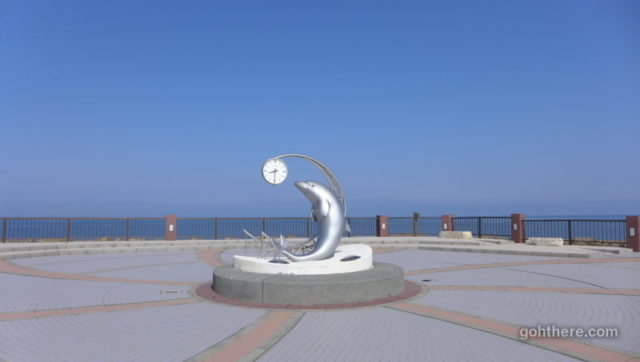 Cape Noshappu is on the northwest of Wakkanai station. It’s just about 10 mins drive and also served by frequent buses. As it doesn’t have “northernmost” as the selling point like Cape Soya, it’s not that popular during the day, but it’s recommended for its great sunset view. There’s a also a small aquarium here specialising in aquatic life in cold water. But for us we were here to get some proper breakfast! 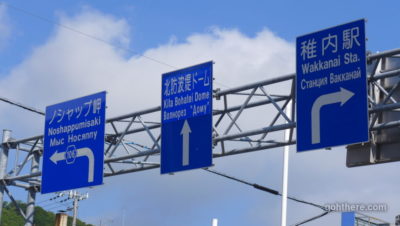 Driving there by rental car. Wakkanai is so close to Russia that many signs here are in Russian. 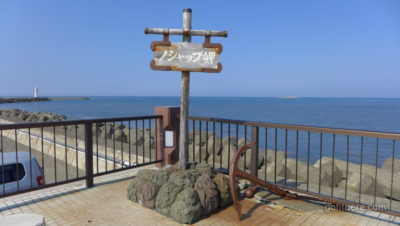 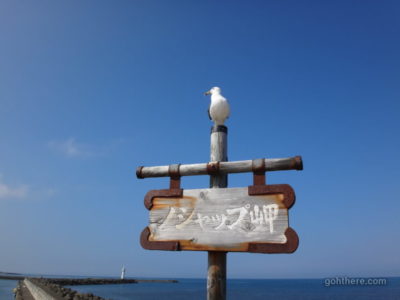 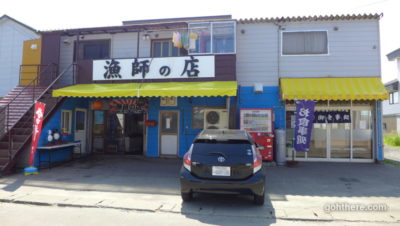 This local restaurant Ryoshi-no-mise (漁師の店) (literally Fisherman’s Shop) is a bit away from the plaza among the residential houses. A hidden gem! 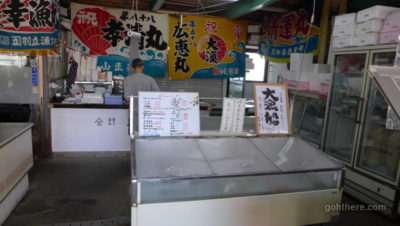 Order in the shop on the left. 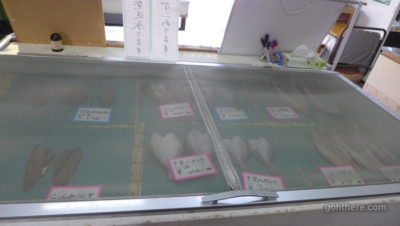 For the grilled fish set meal, you can choose the type of fish. Mackerel (ほっけ) is the most popular in this region. 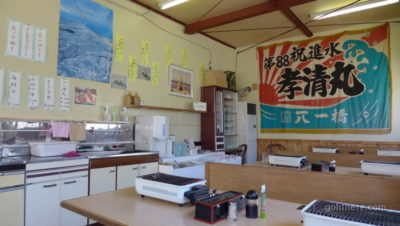 Place on the right is the sit-down area. 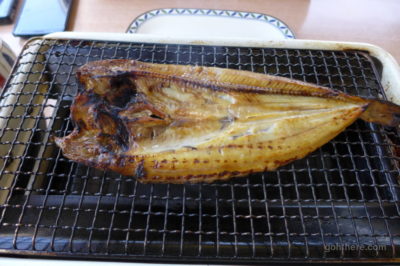 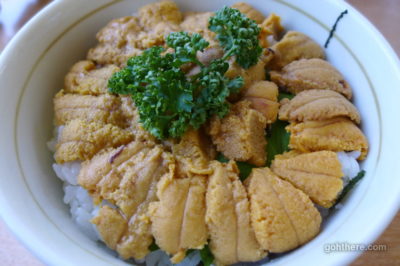 The first sea urchin meal on this trip. This amount for 1600 yen! 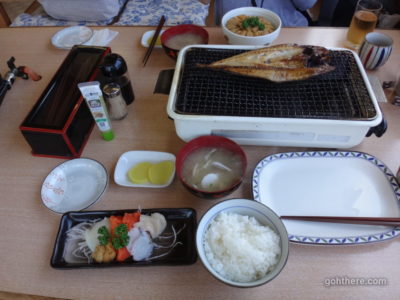 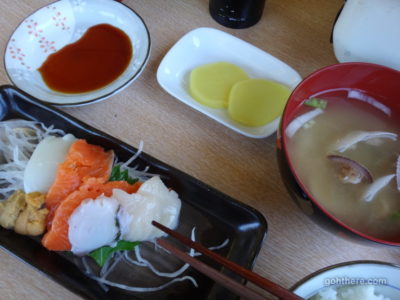 The grilled fish set (1000 yen) included sashimi and miso soup. Not just any miso soup but with tiny scallops! And sashimi had lean wild salmon, not the toxic fatty Norway ones!