Matsushima (松島) is known as one of the “best three views of Japan” (日本三景). Literally it means “pine island”, and indeed just off the coast there are dozens of islands or various sizes, interestingly all covered with pine trees. From afar the scenery has the nuance of a Japanese rock garden.

This is one of the areas affected by the 2011 disaster when the tsunami hit. But the damage here was said to be relatively less than the nearby areas, with one reason being the tsunami’s impact was reduced by the many islands near the coast. As one of the famous tourist spots, it is now a lively place again like normal, but we could still see a few scars remained. 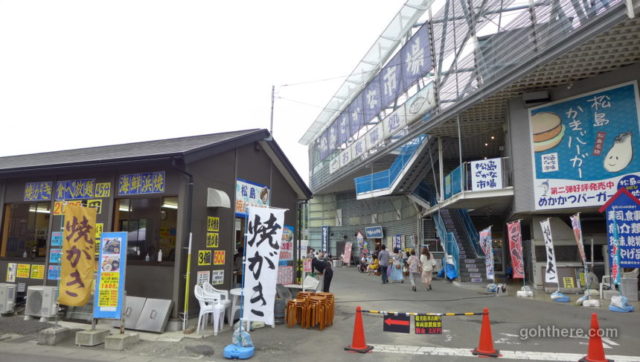 Travelling from Yamadera, it was already past 2pm when we arrived at Matsushima by train. We were hungry for lunch, and the choice was of course the local speciality, oysters! At Matsushima Fish Market (松島さかな市場), there were plenty of oyster eateries. 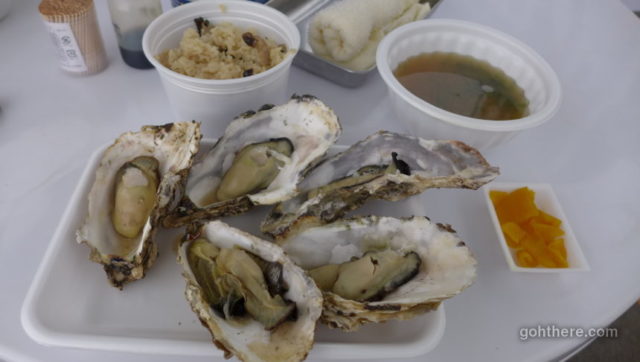 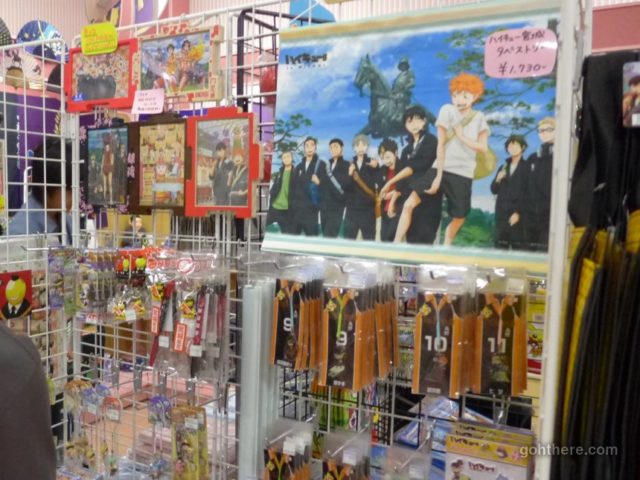 Satisfied, we took a look at the souvenir shops nearby. The popular volleyball anime “Hikyuu” is set in Miyagi prefecture, so not surprising to find merchandise on sale here. 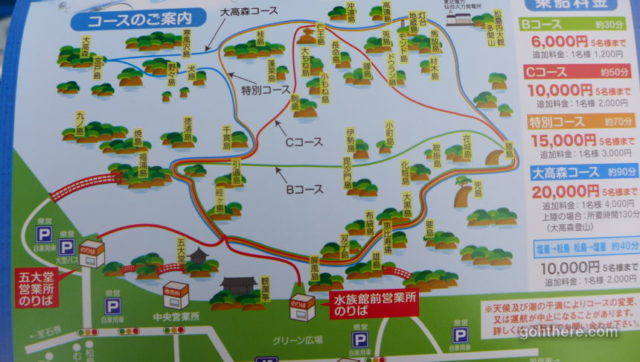 There were plenty of boat tours for islands viewing. I wasn’t particularly interested in just sitting on a boat, so instead we went for Fukuurashima (福浦島), the island on the left of the map, connected to the mainland via a long bridge. This is one of the few islands that you can actually get on and have a walk around.

But probably the best way to appreciate the scenery would be to head up to one of the parks on the hills west of Matsushima. Unfortunately we didn’t have the time. 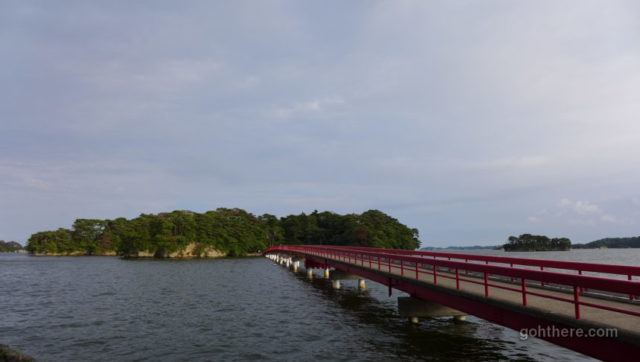 Fukuurashima (福浦島). Admission is required to cross the bridge, but of course way cheaper than taking a boat tour. 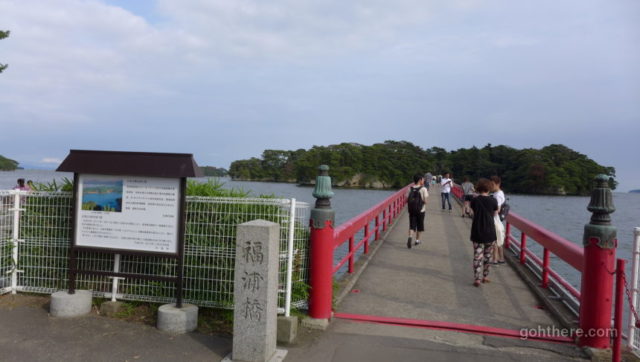 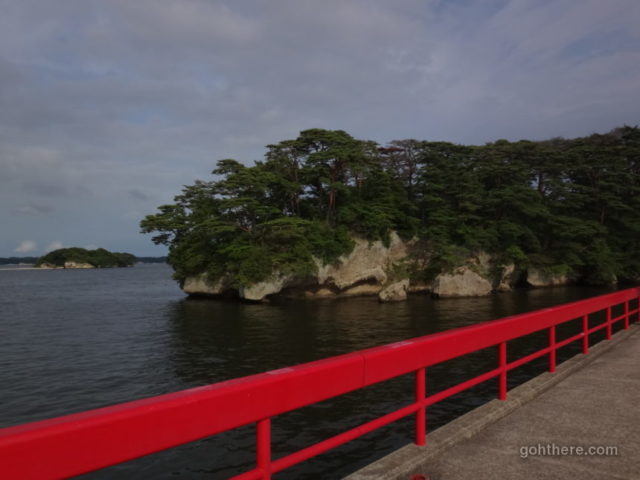 Getting closer, we could see the pine trees on the island. 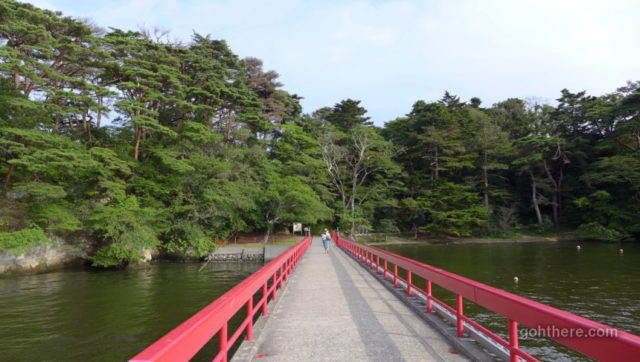 The island was larger than expected, with a walking trail around it. We took our time and it’s almost an hour by the time we returned. 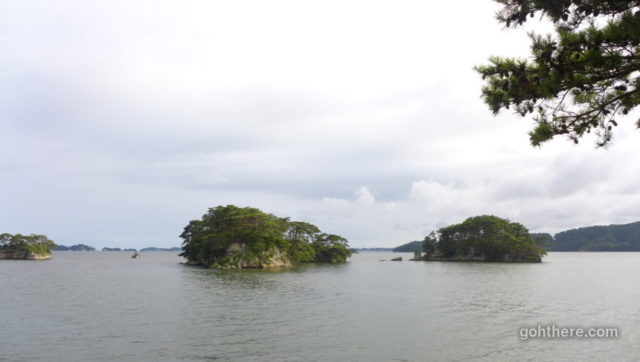 From Fukuurashima, a closer look on other islands. 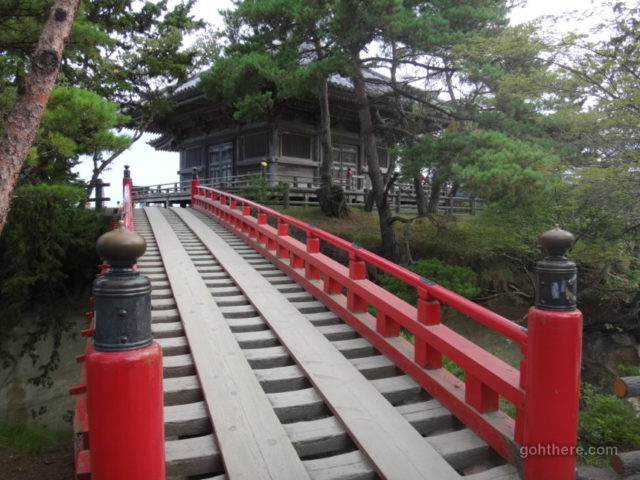 There’s another tiny island which is practically just a few steps off the coast, connected by this little bridge. On the island is the Godaido temple (五大堂). 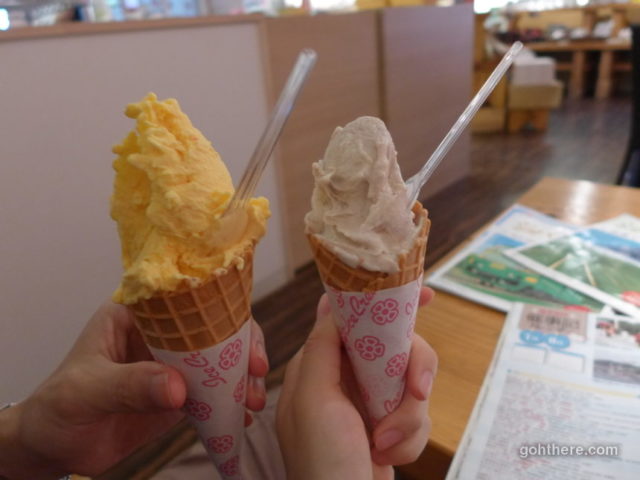 Taking a break from island hopping, we went back to the main street and came across a gelato shop. One of the left was made with locally produced pumpkin. 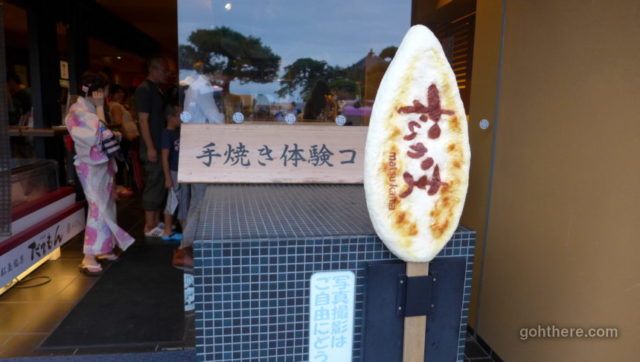 This type of fish cake is another local speciality. Indeed we had some for breakfast today. 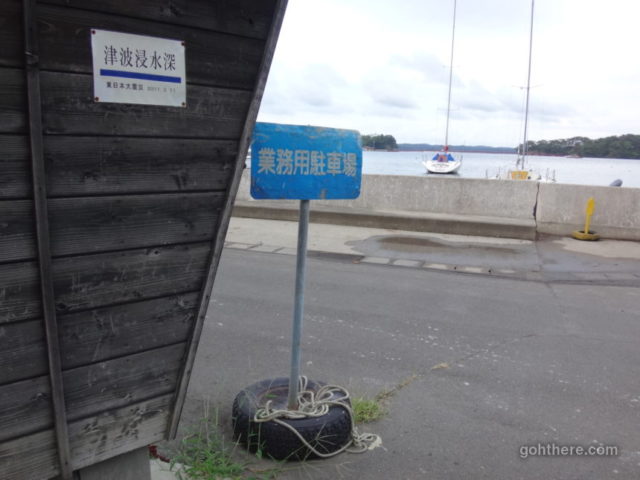 We walked towards the next accessible island Yuushima (雄島) which is on the southern end of the area. It’s noticeably quieter on this side. There was a sign noting the height of the tsunami during the 2011 disaster. 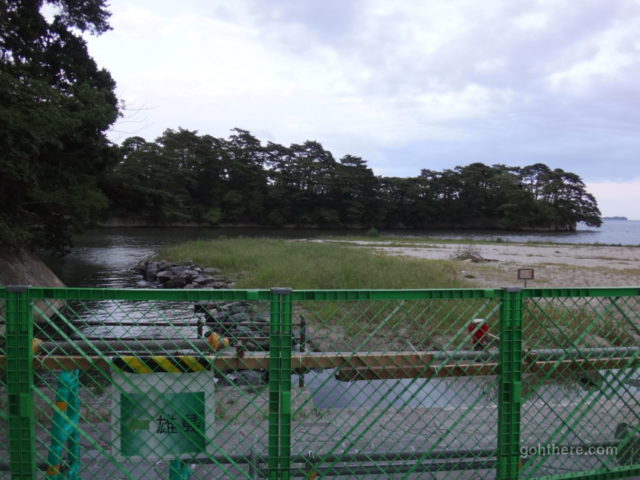 And the walking trail to Yuushima was blocked for reconstruction work, due to damages from the tsunami.

In fact, the long bridge over to Fukuurashima we went to earlier had also been damaged, but it is now rebuilt. 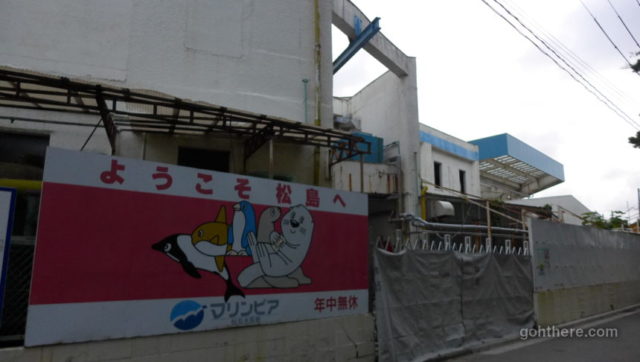 The nearby Matsushima Aquarium is now an abandoned building. 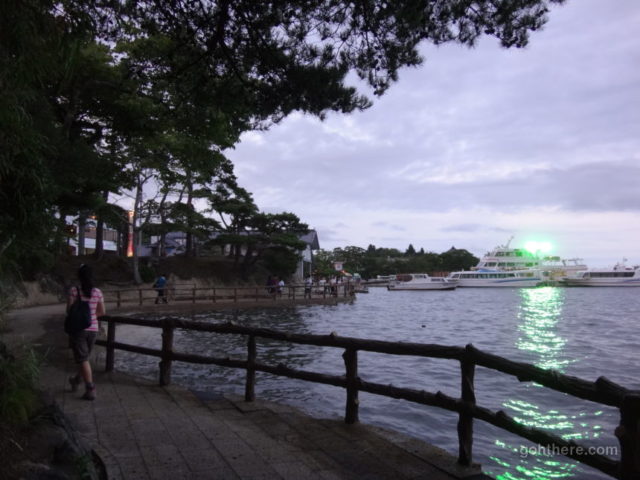 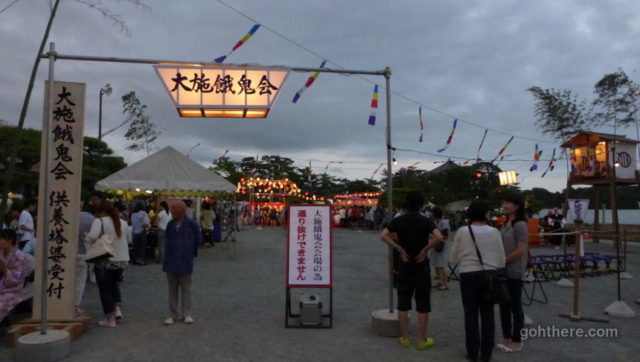 Back to the busy area near the pier, apparently there’s some kind of summer festival tonight. It was pure luck as we didn’t know about this before. 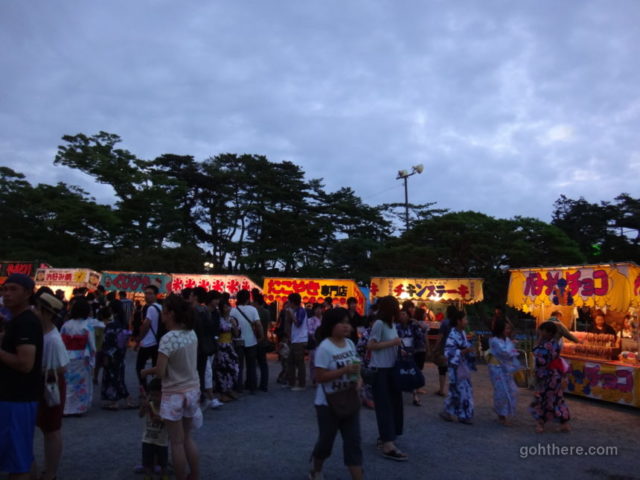 Typical food stalls found in Japanese festivals. We had some fried chicken. 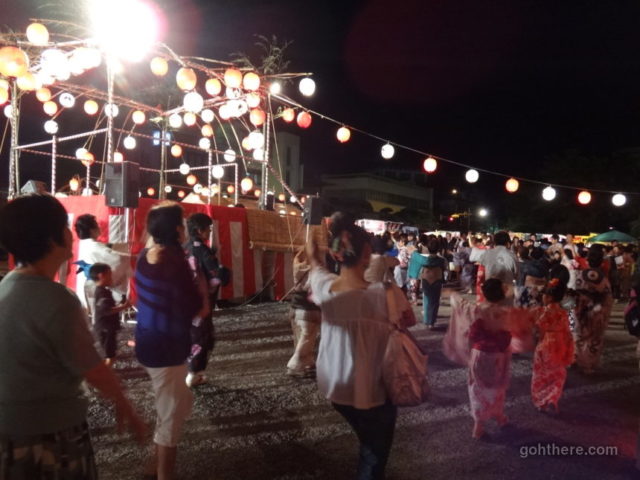 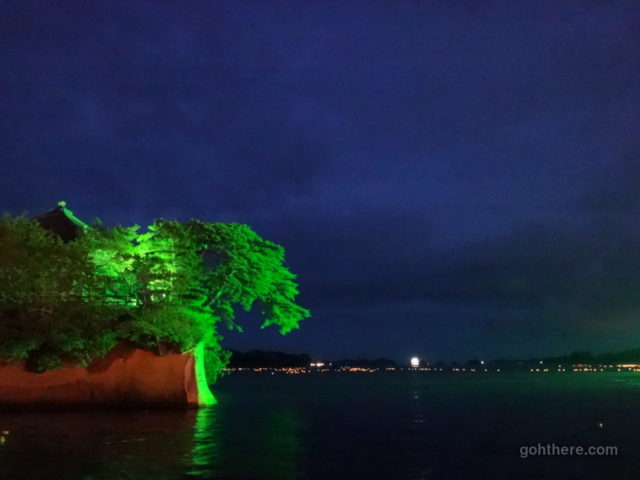 The Godaido island was lit up with green light. 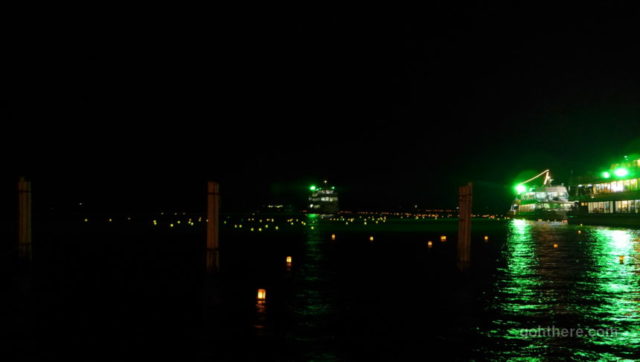 So far pretty typical for a summer festival. But these lanterns on the sea were something we saw for the first time. 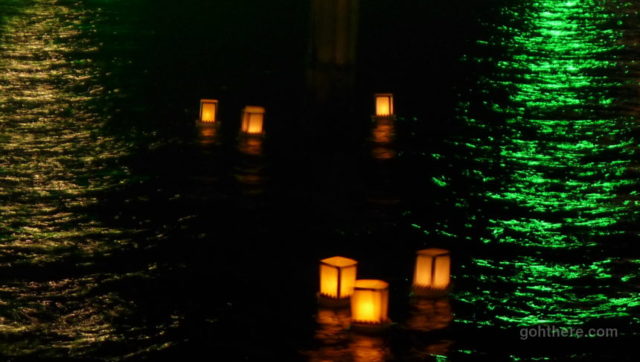 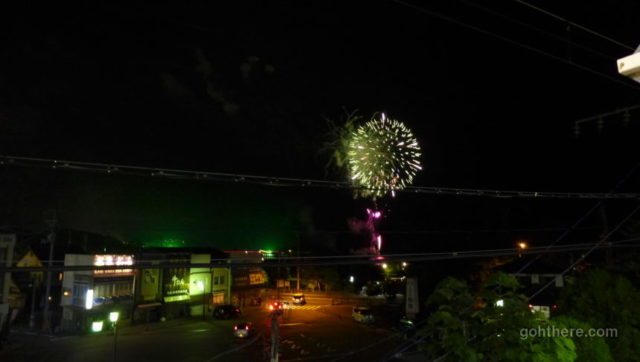 There were fireworks as well. They were pretty small ones, and it was enough to watch a few while we were on the train back to Sendai city.

It was almost 9pm when we got back, and overwhelmed with hunger we went straight for the black soy sauce fried rice again we had yesterday. No energy left to find another restaurant! 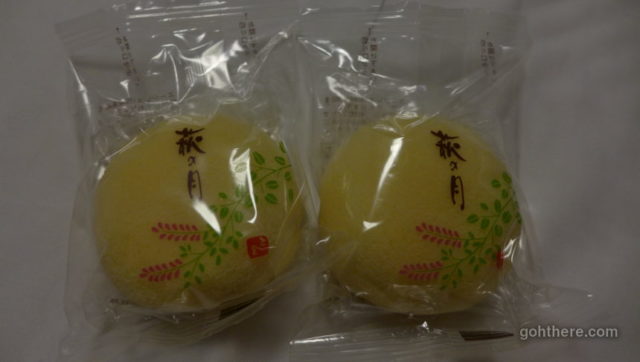 We bought a few of these Japanese sweets at the train station. These are called Hagi-no-tsuki (萩の月) and is a popular product of Sendai.