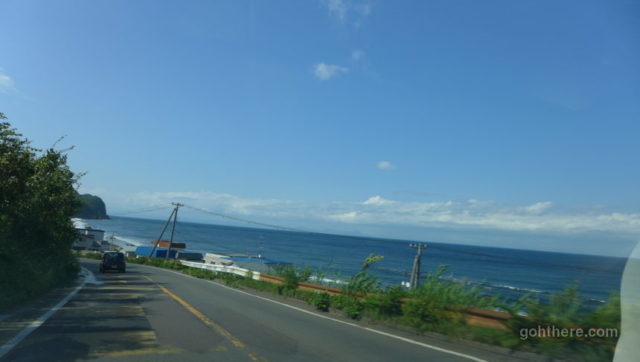 Looking at the map, the shortest route from Osorezan to Cape Oma seems to be via Prefecture Route 4 going north, but that goes into some narrow country roads. It’s much quicker to head back to Mutsu town and the onto National Route 279 along the coast. 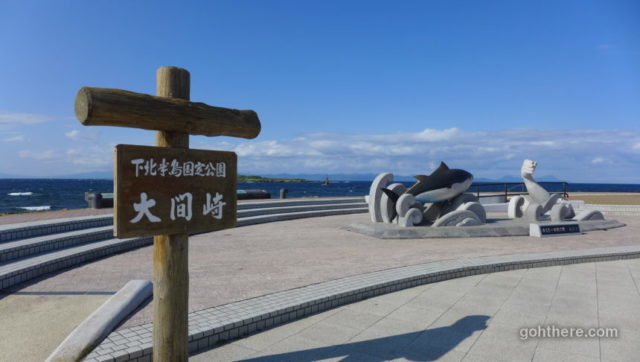 Arrived at Cape Oma after about 1.5 hour. 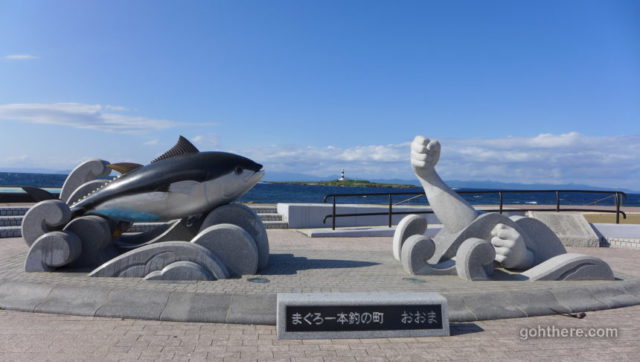 Probably more so than its location, Oma is famous for its black tuna. 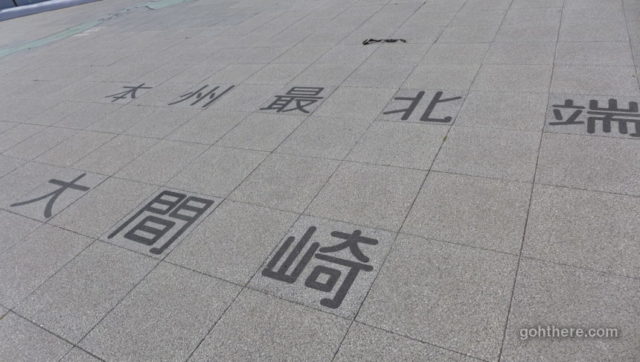 On the ground with the writing: northern-most point of Honshu – Cape Oma. 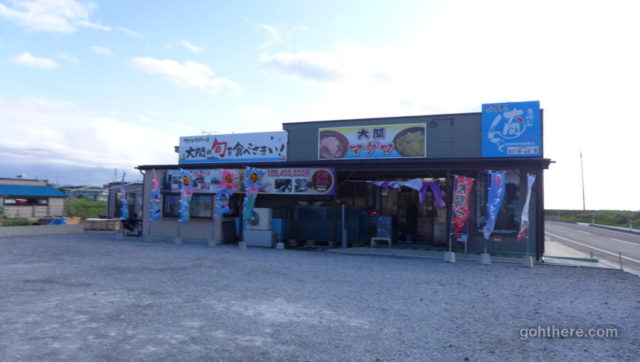 A fair number of seafood restaurants within walking distance of the cape car park. 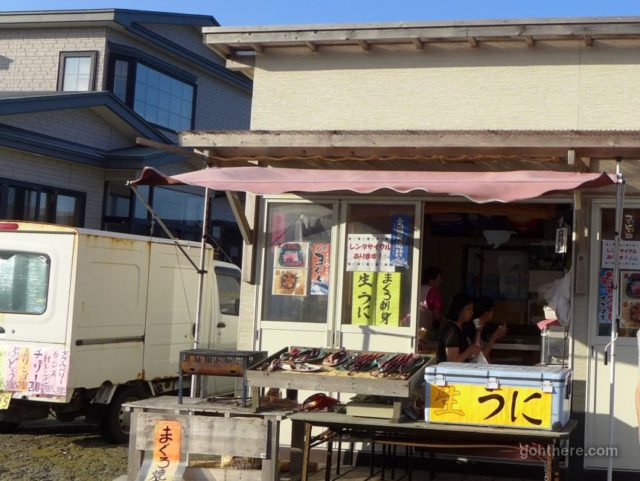 Although the local tuna is the main selling point of this place, my wife was attracted to this shop selling fresh sea urchins. 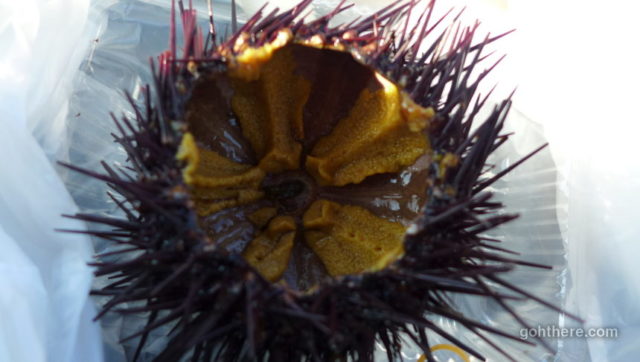 Real fresh roe still on the shell! Not the “fake” ones often found where processed roe was put back into the shell and sold as fresh. 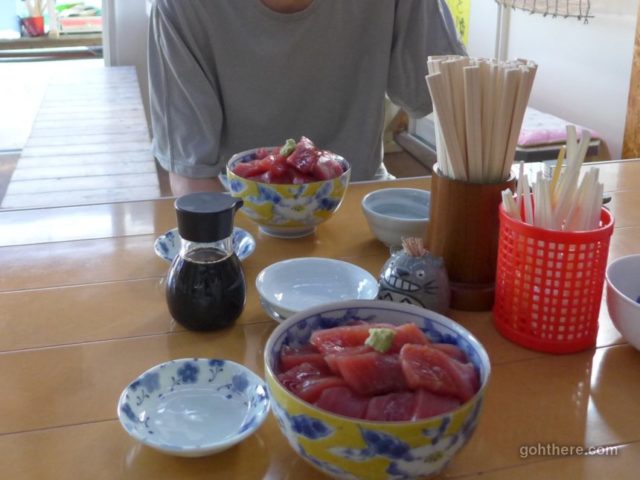 And for sure we tried the tuna rice bowl as well.

That was all for our sight-seeing for the day, and it was another 1.5 hour drive back to Mutsu town for our place to stay tonight, Muu’s B&B. 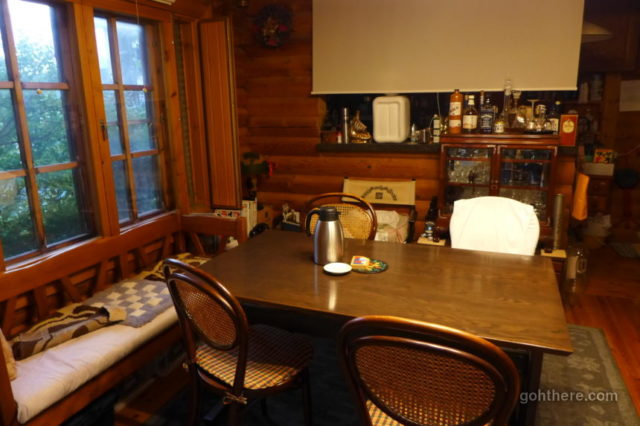 Muu’s B&B is an attractive log house, built by the owner Mu-san himself. 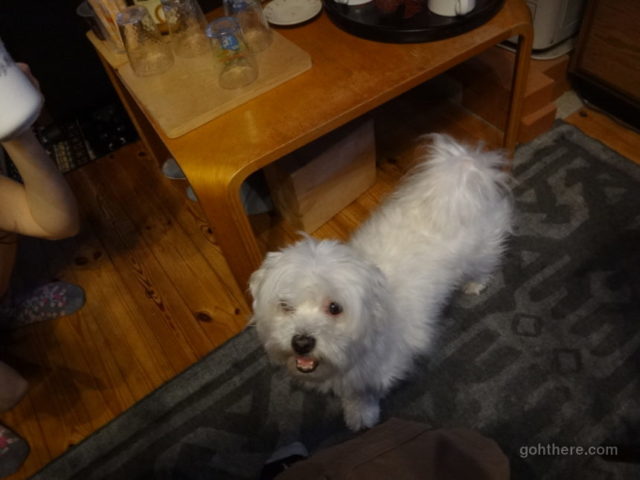 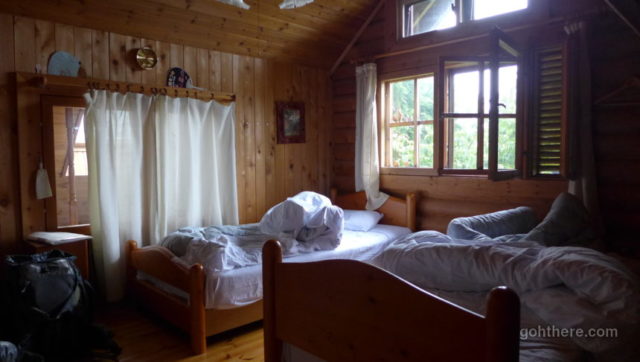 After a fair bit of driving today I retreated to the bed very early.