To maximise the amount of sight-seeing time (and to save on expensive train fare), we took an overnight bus from Tokyo, reaching Kanazawa city just before 8 am. This is the second time we took overnight bus for travelling, but with a different bus company (Jam Jam Liner) this time. Their seats were more spacious and you could lie further back, I managed to get some good sleep. 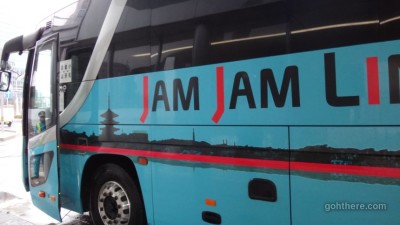 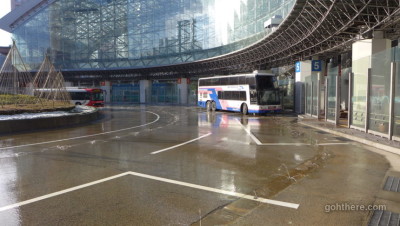 Little water fountains on the ground for keeping the road snow-free. 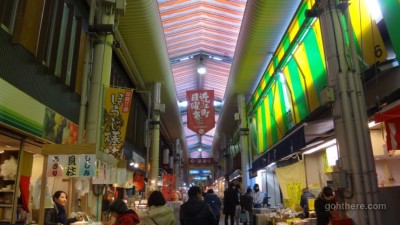 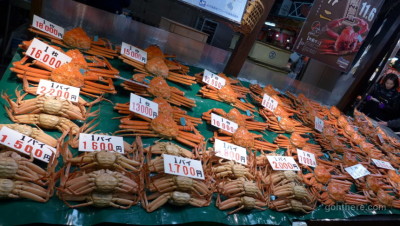 After dropping off our bags in the hotel, we went back to the station to buy a tourist bus pass, and took just a few minutes’ ride to reach our first stop, the Omicho Market. There were lots of seafood on display, especially crab, which is a winter speciality for places near the Japan Sea. It’s time to get breakfast. 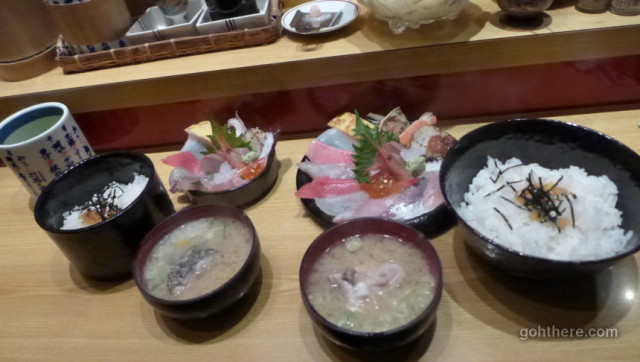 The little eatery we went into was very small, probably no more than 10 seats. The seafood bowl we had was not bad, but the enjoyment for having raw seafood was halved as we felt too cold (and it wasn’t even snowing yet!). The hot miso soup though was a godsend. 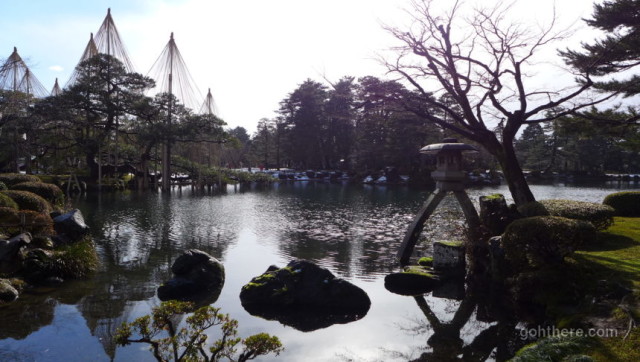 We took another quick bus ride to Kenrokuen Garden, one of the “top 3” Japanese gardens. The view with the stone lantern could possibly be considered as the symbol of Kanazawa, as it is in all the promotional posters and travel books. 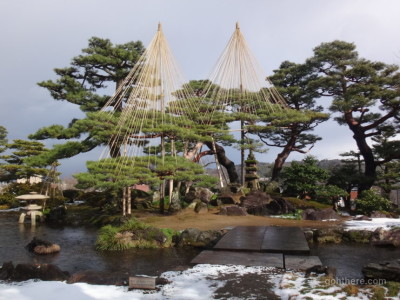 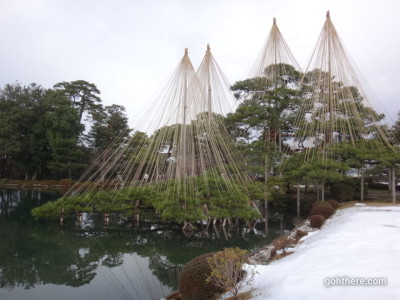 There were many beautifully cultivated pine trees. The thin ropes tied to the branches are for preventing the them from breaking from the weight of snow. There was only a little snow during our visit, it would be an interesting change in scenary when the whole garden is covered with snow. 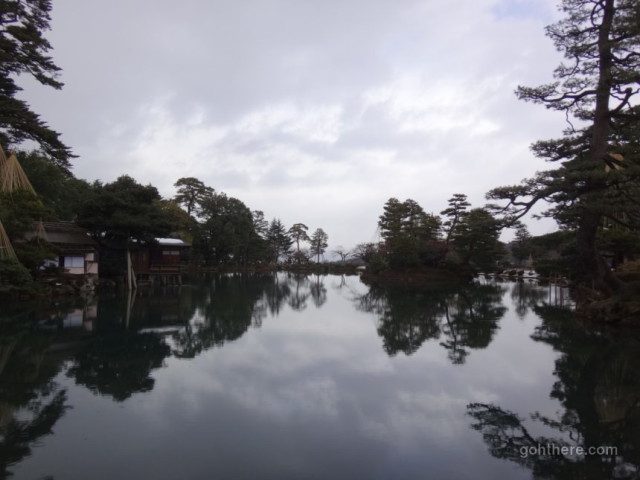 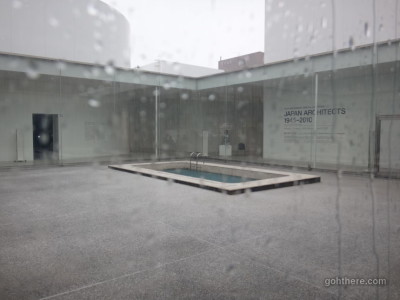 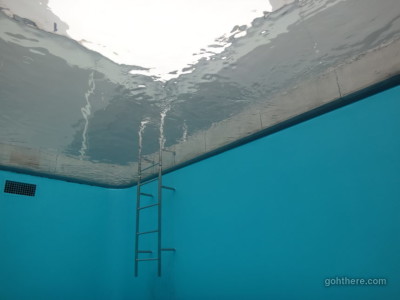 Just across the road from Kenrokuen was the Kanagawa 21st Century Art Museum. I admit I’m the last person to visit art museums, but there you could find quite a few displays with interesting visual tricks, and those who don’t have much artistic sense (i.e. myself) could still appreciate. Its most famous display is a swimming pool that you can “get inside”. 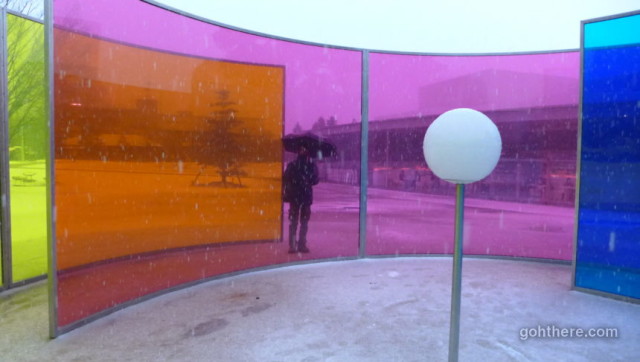 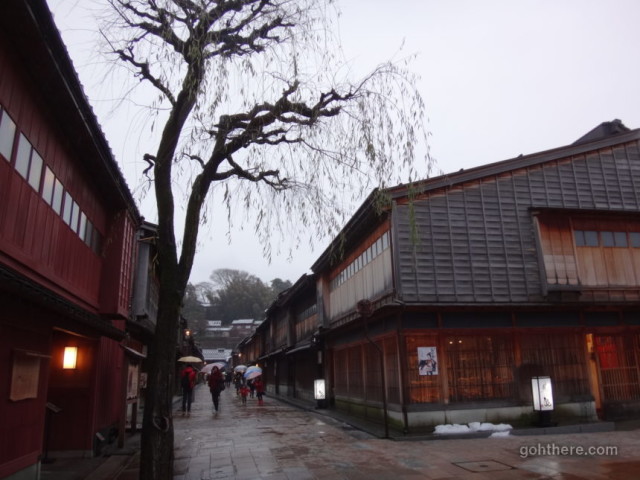 It was already near 4 pm, but we didn’t feel very hungry, so we skipped lunch and took the bus to the next spot, the Higashi Tea House Street. As the name implies, the typical thing to do there is to enjoy a Japanese tea set in one of the traditional tea houses. A hot cup of tea would be nice given the cold rain outside, but this kind of weather also gave the place a nice ambience. 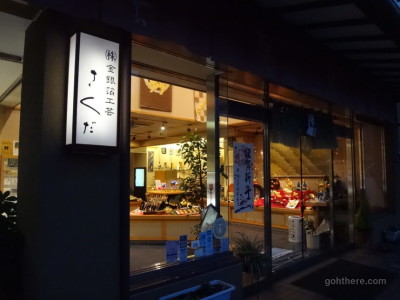 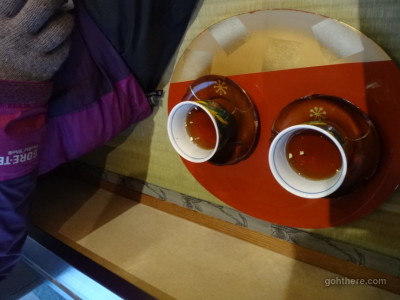 Apart from tea houses, one thing not to be missed is gold leaf shops. Kanazawa, the first character “Kana” meaning “gold”, is historically famous for making gold leaf. The vast majority of gold leaf in Japan is still made there. The Kanazawa Gold Leaf Museum is in this area, but we missed the admission time. One of the larger gold leaf shops though has a workshop that was still open for visit. It’s free, and we even got some hot tea with gold leaves. If you want consume more gold leaves, there are quite a few shops that sell soft-serve ice-cream with gold leaves sprinkled on top. With a higher price tag than normal of course.

It was getting dark, and we were getting hungry. Another bus ride brought us back to Omicho Market, where we hoped to find some dinner as it has quite a few restaurants. We got a simple but filling meal at Champion Curry, a chain restaurant in Kanazawa. Kanazawa curry is said to be more spicy than normal, which was great to warm up in this cold weather. 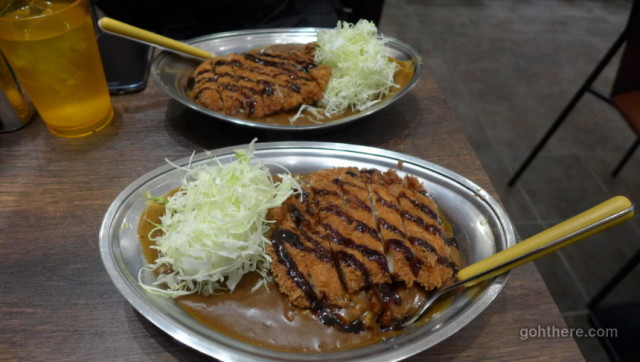 The tourist loop bus doesn’t run in the evening. We could take a normal bus back to the hotel, but as we had an early dinner and it’s not too far away, we walked our way back. We made a stop at the express bus ticket office (which is also near the train station), to get the tourist bus pass for the next leg of our travel.

It turned out the bus from Kanazawa to Shirakawago requires reservation, and unfortunately for next day there were no more seats available for the morning services. It was a bit silly that we didn’t get our reservations in the morning. At least we still got seats for the early afternoon service. We’d have less time in Shirakawago than initially planned, but at least we could get there tomorrow, which wasn’t too bad.