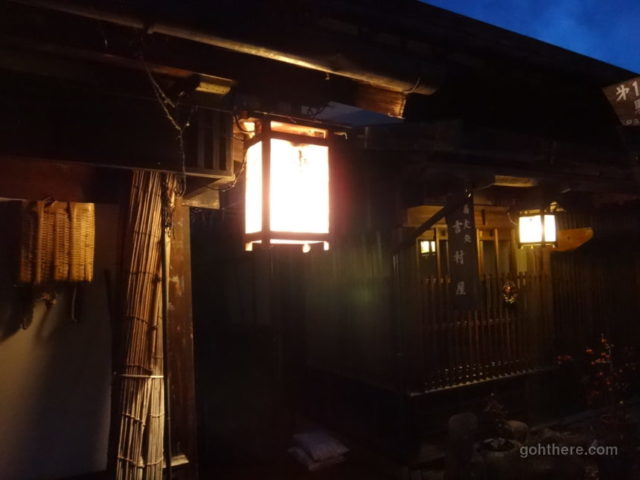 Most travellers in Japan would’ve heard of Tokaido (東海道), as the name of the major Shinkansen train line linking Tokyo to western Japan cities like Osaka and Kyoto. Literally meaning “east sea route”, it runs along the east coast of Japan, and originated from one of the two main travel routes linking Tokyo and Kyoto in ancient times. A lesser known one is Nakasendo (中山道), which runs through the inland mountainous area.

There were many post towns established on these routes, and some are still well-preserved to this day. On Nakasendo, the post towns Tsumago (妻籠) and Magome (馬籠) near the Nagano-Gifu prefecture borders (長野県・岐阜県), are of particular interest. Not only do they have some beautiful historical buildings, there’s a well-maintained hiking trail between the two towns, where you can experience walking on this ancient route.

A 2-day trip is minimal for this, with an overnight stay at a traditional Minshuku (民宿) guesthouse (my preference was in Tsumago, which has a more authentic feel), and allowing half a day for a leisurely hike.

Being in the middle of Kiso Valley, trains for travelling to Tsumago are not frequent and takes around 4 to 5 hours from Tokyo. Taking the Shikansen to Nagoya first then change to Express Shinano (しなの) is the fastest (though most expensive). I decided to follow the inland route more closely by taking Express Azusa and then change to local train. Either way, as Tsumago itself is not directly accessible by train, once getting off at the nearest station Nagiso (南木曽), another short bus ride would be needed to get there. Or better if time allows – a short hike on a hilly trail from the station to Tsumago, which has the added bonus of passing by the Tsumago castle ruin (there’s nothing much left there, but it has a high point offering good view over Tsumago).

This was actually my second time travelling there – previously, I also made a short stop at another historical post town Narai (奈良井), en route for Tsumago. It has some interesting sites as well, but considering the infrequent trains, if you’re visiting Tsumago and Magome anyway, leaving it out wouldn’t hurt too much. 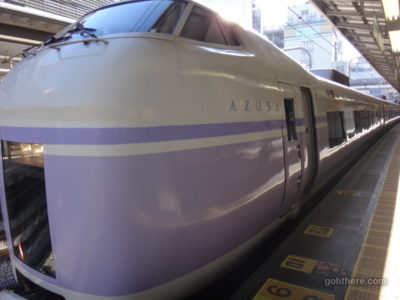 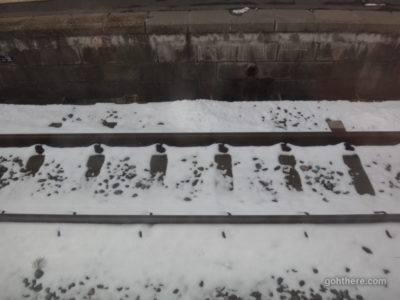 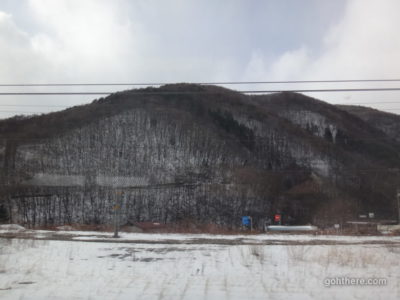 On the Chuo-honsen (中央本線) local train. The line runs along Kiso Valley. 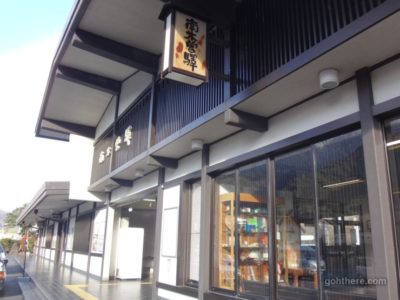 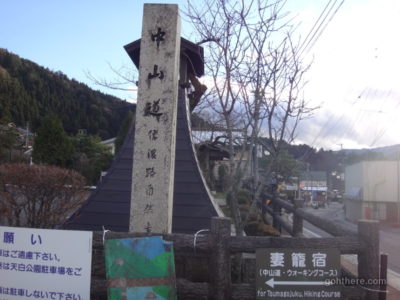 As shown in sign on bottom right you can walk the hiking trail from the station to Tsumago. If it’s getting late (it gets dark early in winter), take a bus just outside the station. 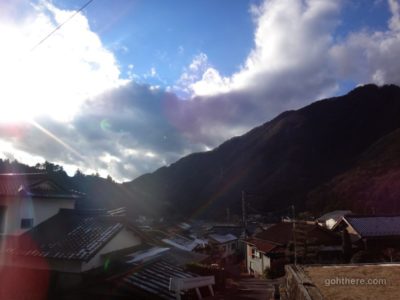 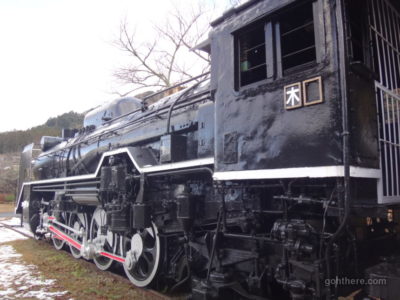 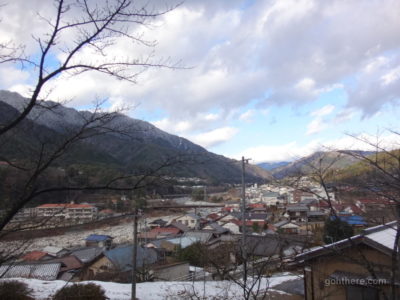 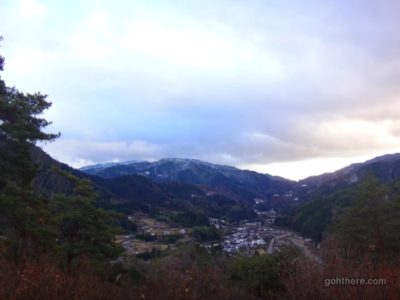 View on top of the Tsumago castle ruin. 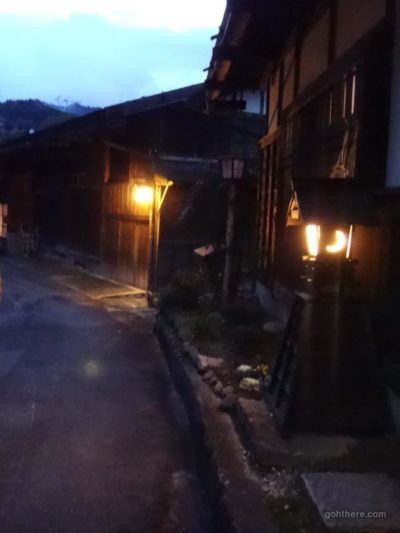 After checking in, there’s still some time before dinner. It’s good time for a quick stroll outside as places started to light up when it was getting dark. 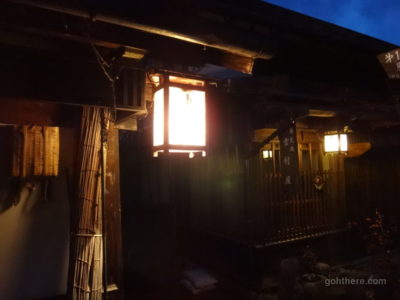 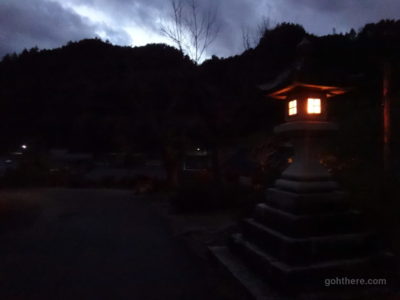 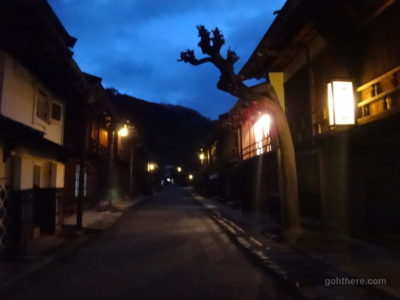 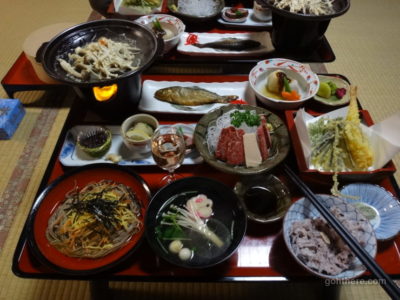 A substantial dinner. Interesting items include raw horse meat, and little grasshoppers cooked in sweet soy sauce. No worry, just think of them as shrimps. 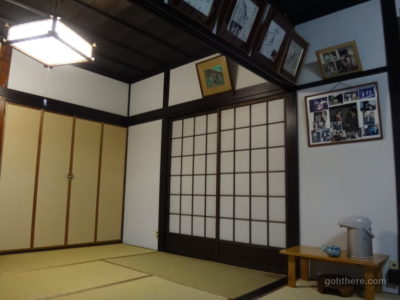 Japanese style dining room. We were the only guests for the day. 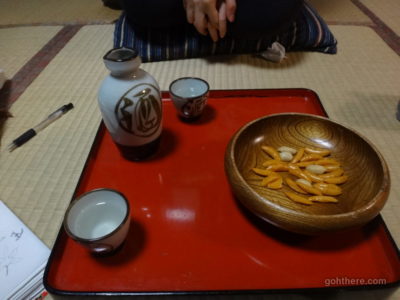 After dinner, we ordered a bit of Japanese sake (rice wine), and then enjoyed a soak in the wooden bath. Relaxing.