We paused our progress at the 8th Station, but even there got fairly crowded. One could imagine the top would be even more so. 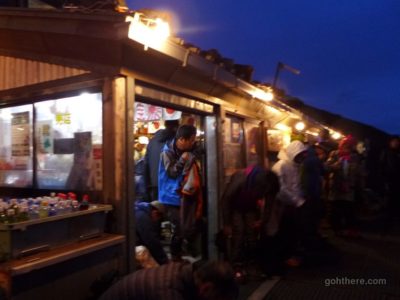 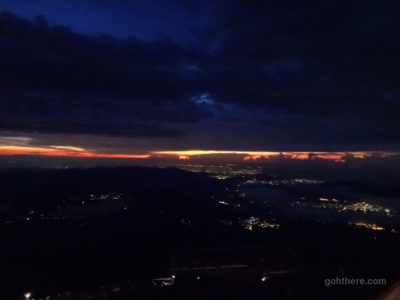 First glimpse of the sun 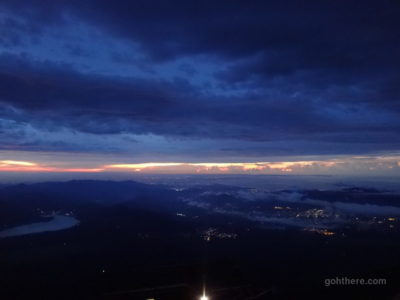 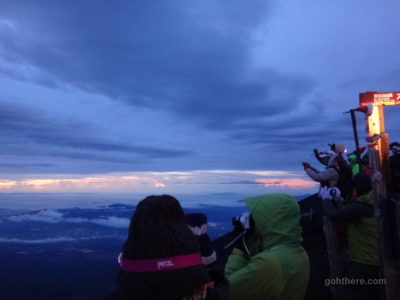 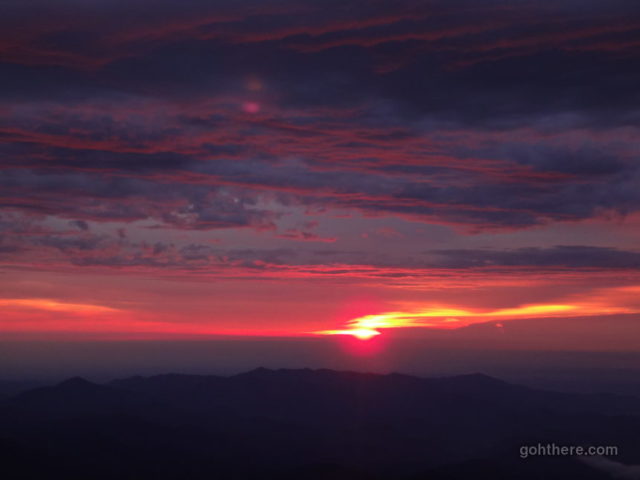 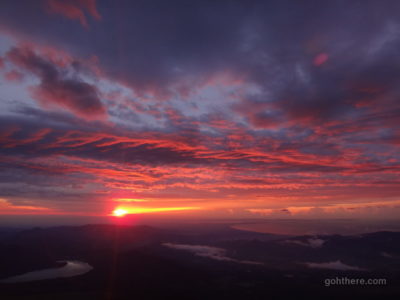 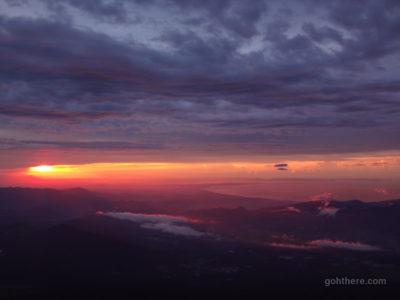 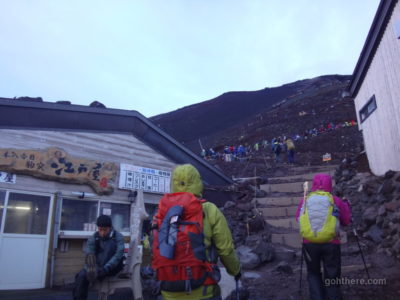 Sun was up. Time to resume the climb. The Subashiri and Yoshida Route joined from here on and it got very busy. 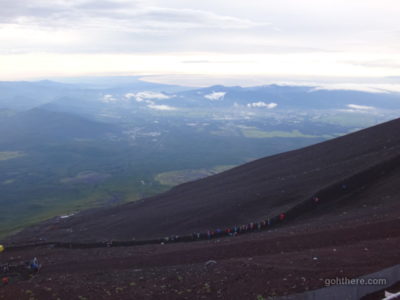 A glance at the downhill route. 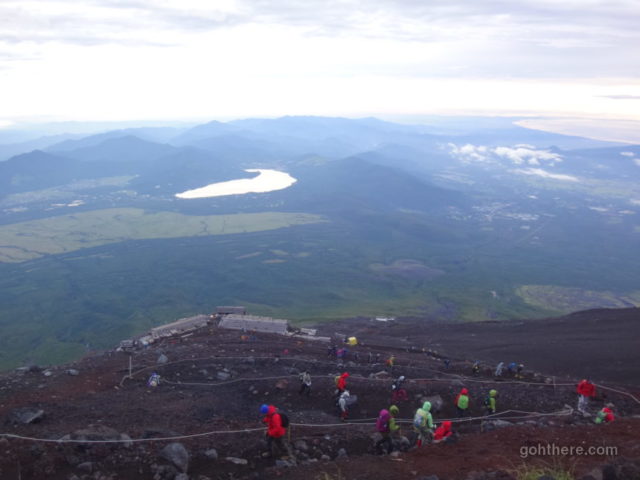 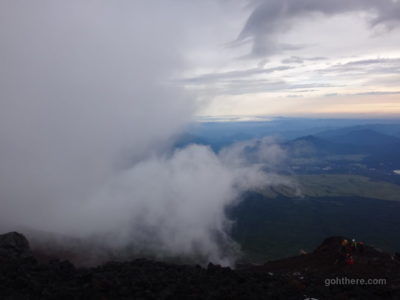 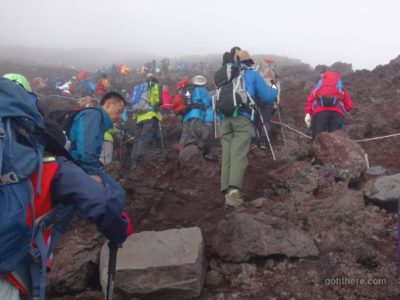 So many people… queuing up 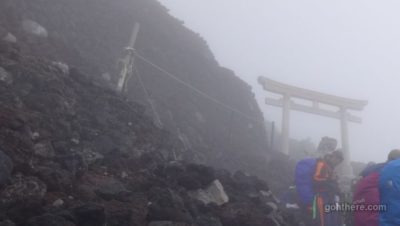 The final torii gate. This was (almost) the top! 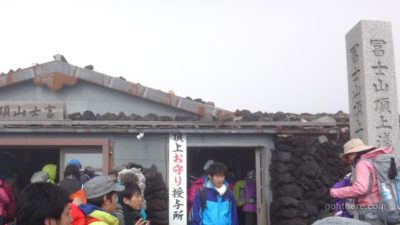 Most people would take photos at this sign. But note that this is for the Fuji summit shrine. This is not yet the highest point! 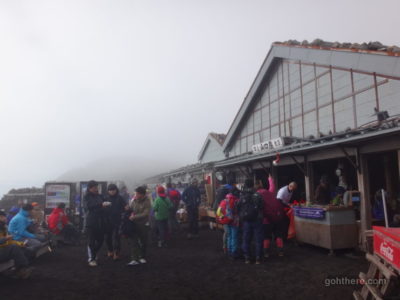 Almost a tourist centre on the top. Restaurants, rest areas, and vending machines! 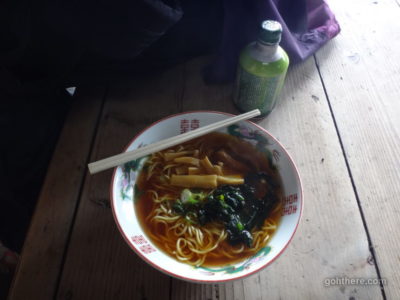 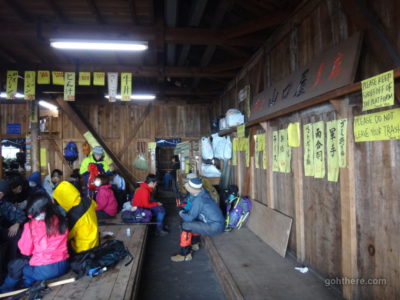 One major regret I had in my first climb was that I didn’t did the walk around the crater (known as O-hachi-meguri お鉢巡り). I was just too cold to stay any further on the top. And in fact, without doing part of the walk, it’s not possible to reach the highest point of Mount Fuji, Kengamine (剣が峰). This time I was going to finish the business. 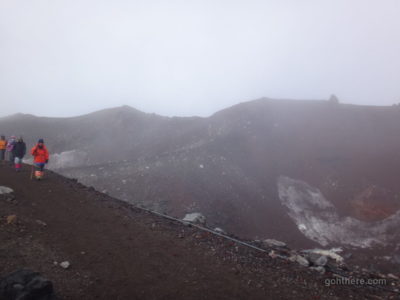 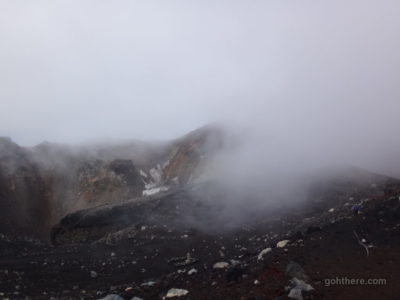 One moment it’s clear, and then it’s completely engulfed by the cloud. 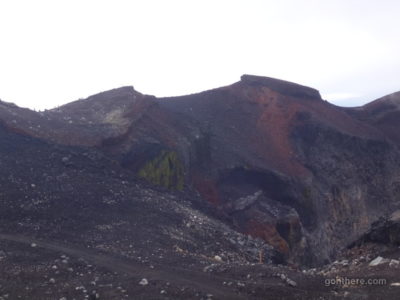 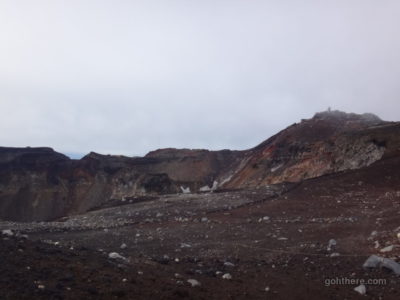 The hill on the right is the highest point, Kengamine (剣が峰). 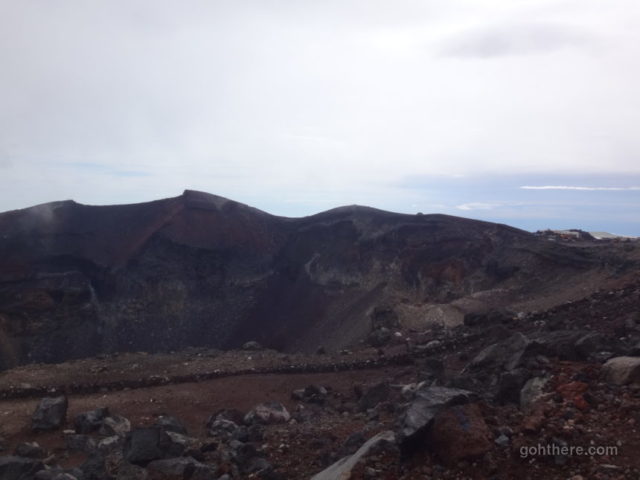 Southern rim. To the right is the 10th Station of the Fujinomiya Route. 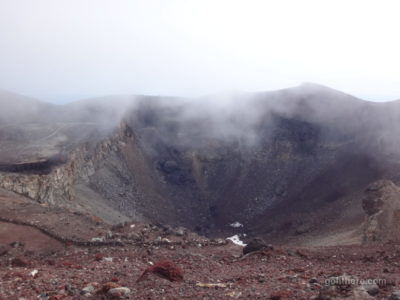 Clear view of the bottom of the crater.

Orderly queue for a photo at the highest point. 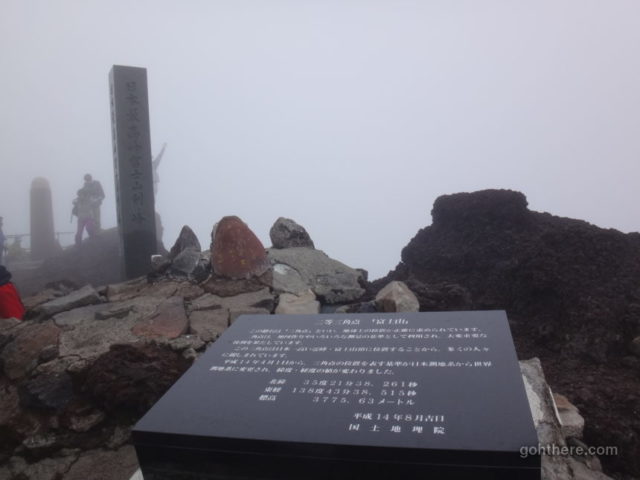 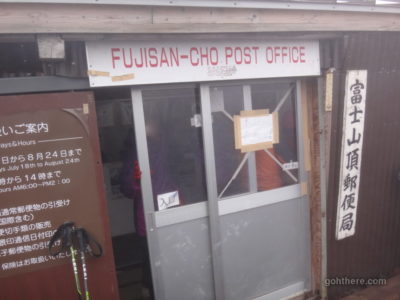 Mount Fuji post office. You can buy and then send (yourself) a postcard here. Today was its last opening day for this year’s climbing season. 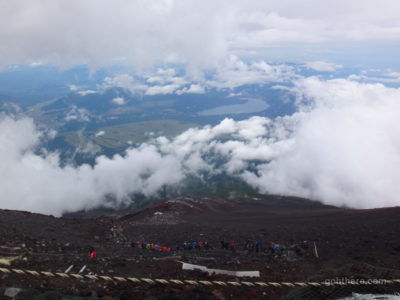 Looking down, still many people making their way to the top

We went back down on the Subashiri Route. As mentioned in the previous entry, the downhill route is mostly separate. And similar to the Gotemba Route, it has a long stretch of sand / gravel trail. You can take big steps or even run down it, covering a lot distance quickly. For that, a pair of gaiters would be immensely useful, as your feet would definitely sink in and gravels in the shoes are not pleasant! 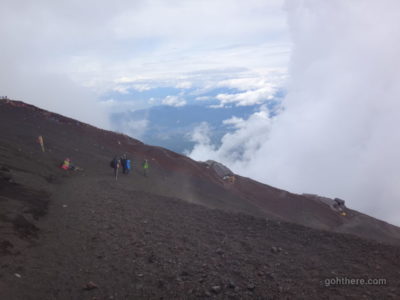 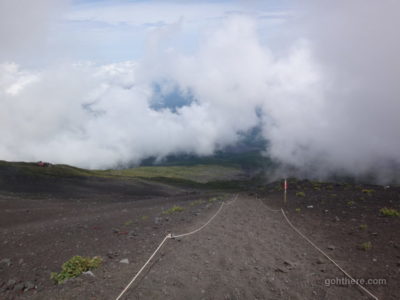 Very little drama going down. It felt more tiring than going up, probably due to lack of sleep and the return to the hot summer weather.