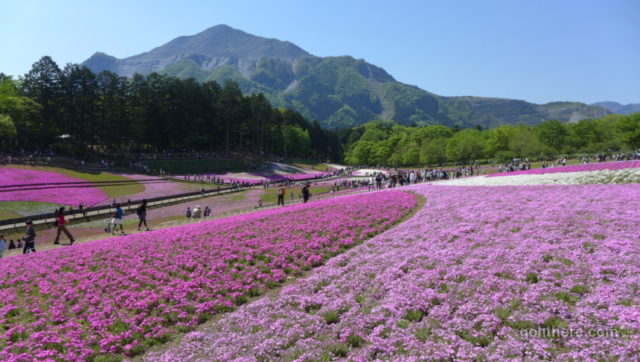 The sakura season (cherry blossom) in early Spring is a big thing in Japan. But just a few weeks after is the flowering season for shibazakura (literally: lawn cherry)(芝桜). It’s a completely different type of plant that grows close to the ground, though its shape and common pink and white colours do remind one of cherry blossoms – the reason for its similar Japanese name.

Although not common like cherry trees which you can find in every neighbourhood in Japan, some parks plant them in large fields and the carpet of pink is an impression sight.

The most famous (marketed?) and special one is probably near Motosu Lake Resort (one of the Fuji five lakes), where you can see a field of Shibazakura flowers with Mount Fuji as the backdrop. It’s more of an event ground than a park, which is opened specifically for this every year under the name Fuji Shibazakura Festival (富士芝桜まつり). Due to having Mount Fuji as its unique selling point, this place is hugely popular – and crowded, with tales of people stuck in traffic jam for many hours, or people making effort to get there at 6 am yet still faced with a full car park. And no, there are no train station nearby.

We would probably give that a try eventually, but this year we went for possibly the second most famous place for Shibazakura in eastern Japan – Hitsujiyama Park (羊山公園) in Chichibu (秩父), Saitama prefecture (埼玉県). 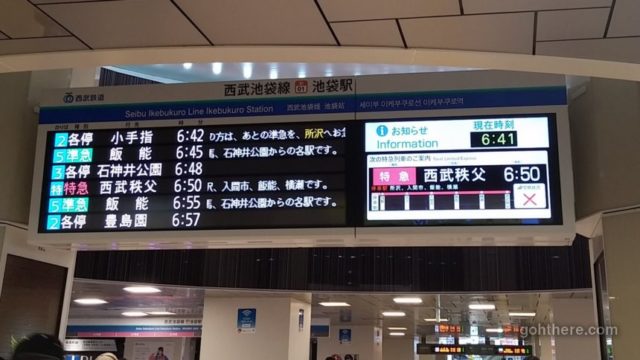 From Ikebukuro terminal (池袋駅) in Tokyo, there’s a regular express train to the park. The express (1440 yen) would take about 75 mins, while local train (740 yen) would take about half hour more. Wishing to avoid the crowd, we had intended to take the earliest express on the day, departing at 6:50 am. But that would be too easy – tickets were sold out. So we had to take the following local train, which fortunately was just about half an hour afterwards.

Hitsujiyama Park is on a hill between the stations Yokose (横瀬駅) and Seibu-chichibu (西武秩父駅), and from either one you’ll need to walk a bit to get there. We got off at Yokose, which is then a leisurely 20-30 mins walk. In terms of distance, from Seibu-chichibu it might be similar, but it does involve an uphill section. We thought it’s more enjoyable to to start from Yokose, visit the park, then walk to Seibu-chichibu station for return. 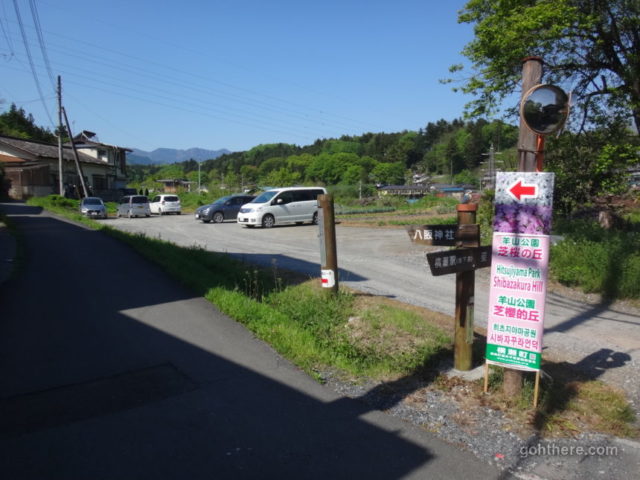 There were clear directions outside Yokose station for walking to the park. 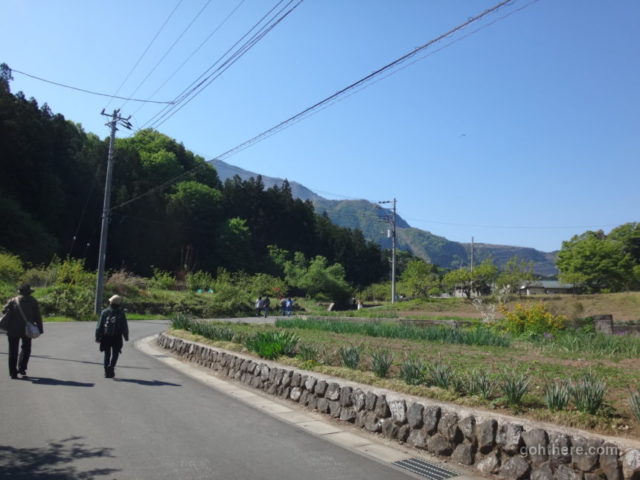 Just along the country road, a pleasant walk under fine weather. 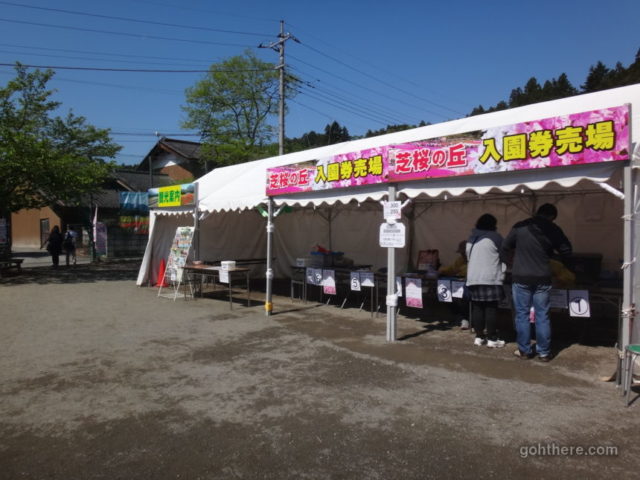 At some point on the way we came across the place for buying the entrance tickets. 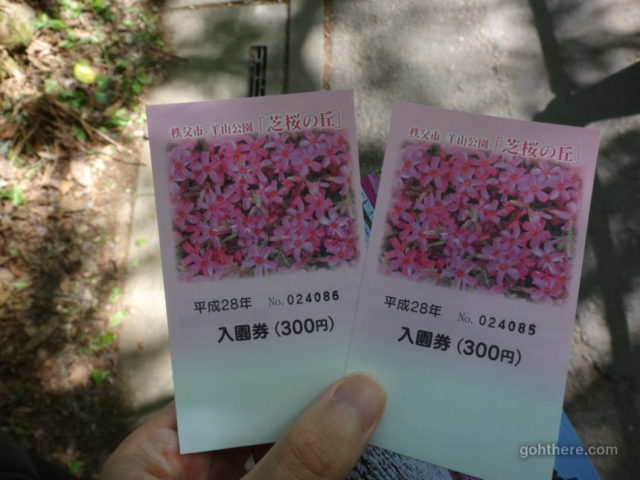 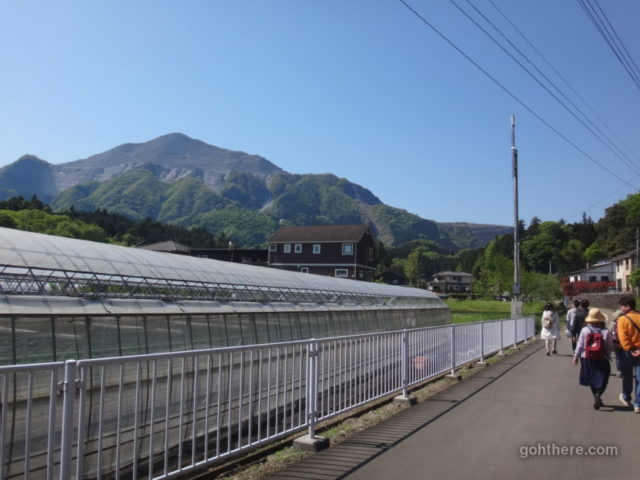 And continue walking. Passing by some strawberry greenhouses. 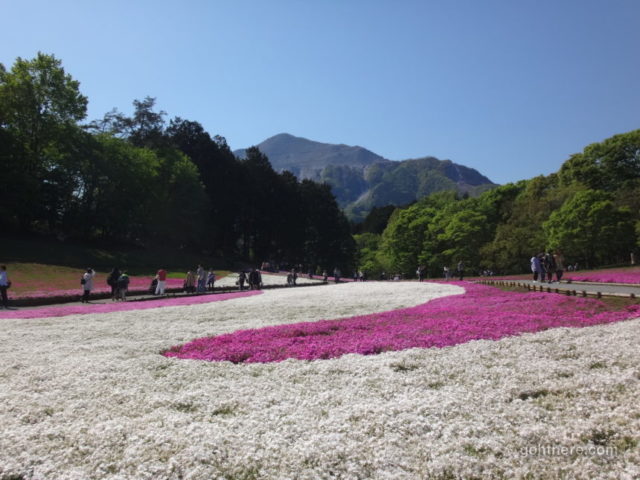 Arrived at the park – seeing shibazakura the first time! 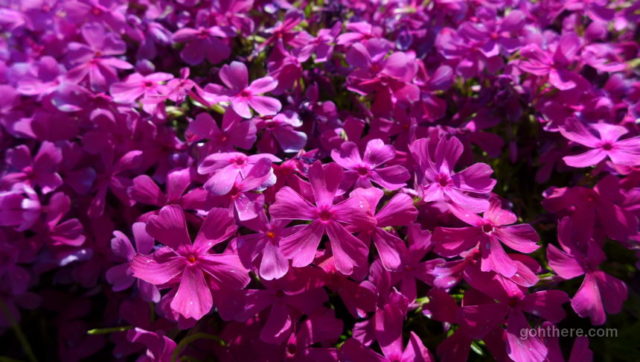 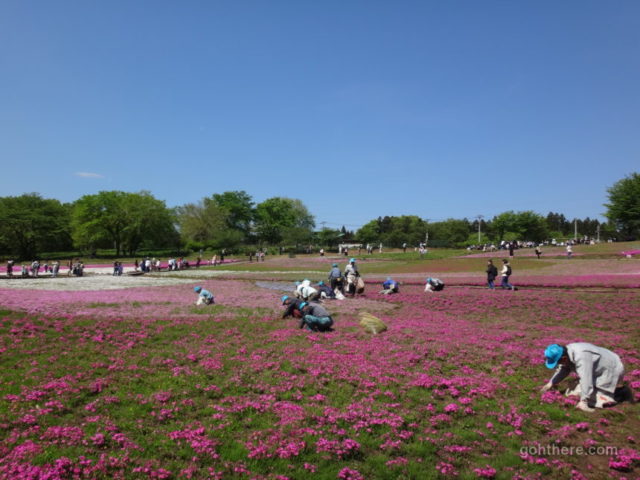 Staff working on the field. There were some fields still not in full bloom yet. 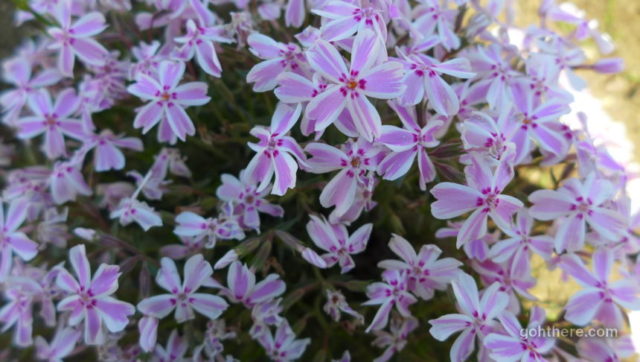 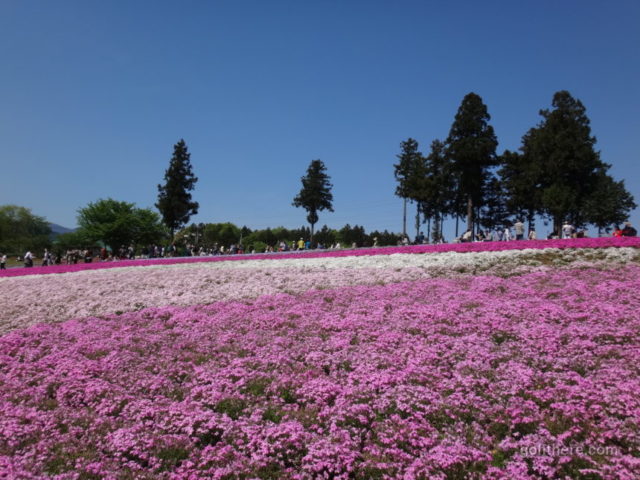 Top of the hill had a line of benches. We took a break there to have some snacks while enjoying the view. 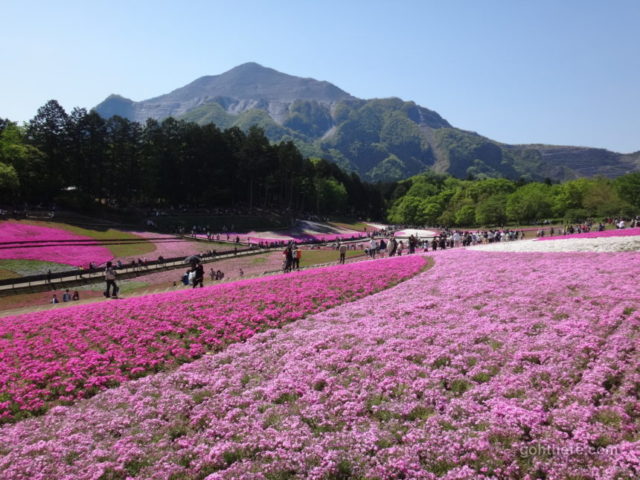 The signature view of the park, from top of the hill. On the back is Mount Buko (武甲山). 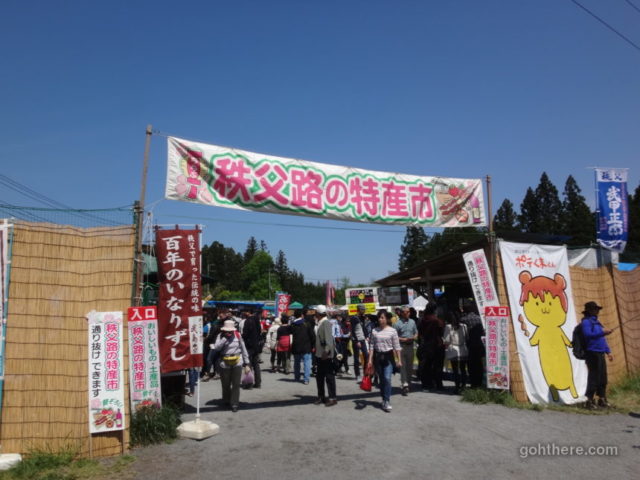 Near the flower fields there was a temporary market with stores selling snacks and local produce. 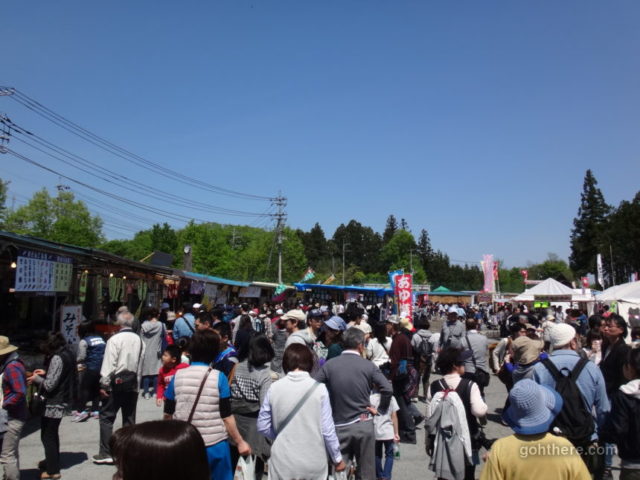 Pretty good variety from local honey to the typical noodles and jacket potatoes. There’s an area to sit down and this can be the place to sort out lunch. 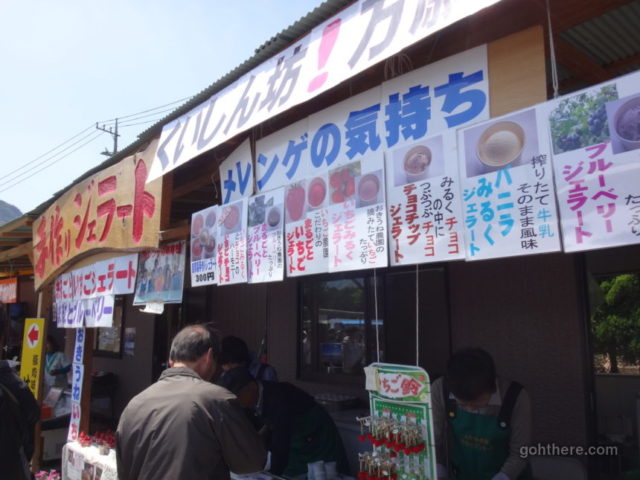 This store sold local made gelato of various flavours. 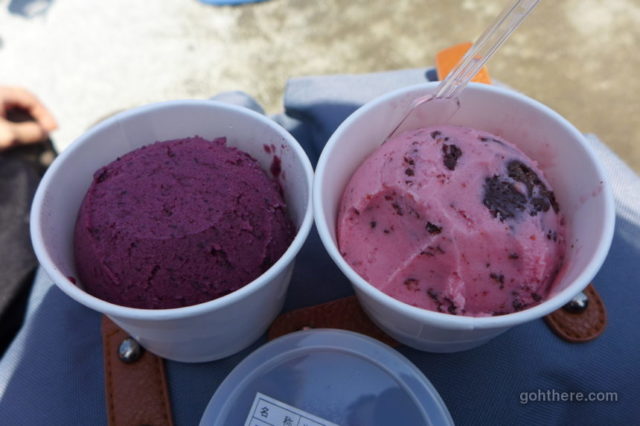 We tried blueberry and strawberry and cream with chocolate. The latter was definitely better. 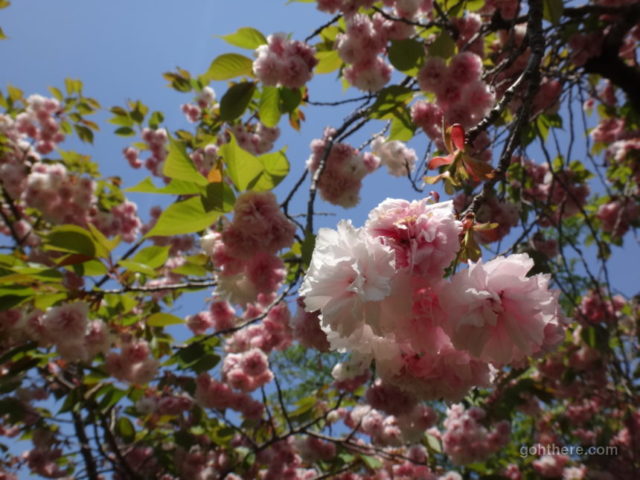 Apart from the shibazakura fields, there were other flowers in bloom in the park. 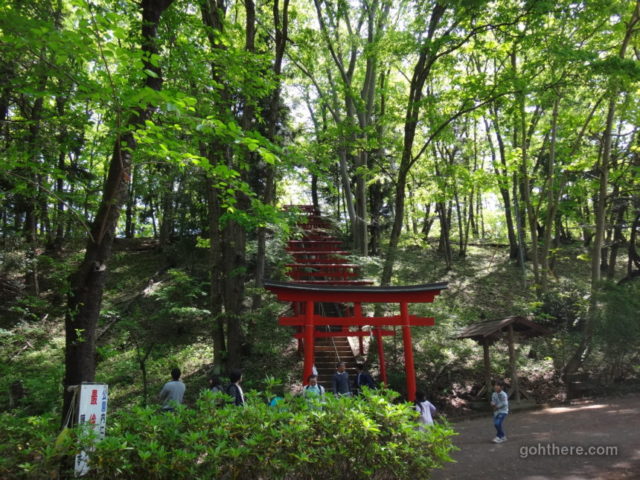 Torii gates on the other side of the park, as we made our way out towards Seibu-chichibu station this time. 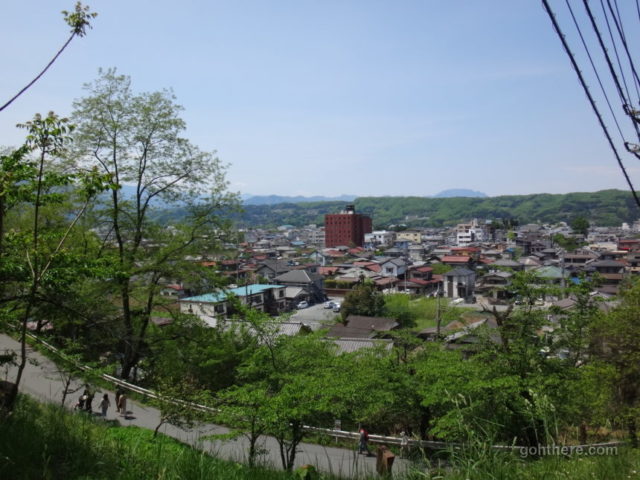 The station is in the town below the hill. That’s why I mentioned earlier going the opposite way would a bit tougher! 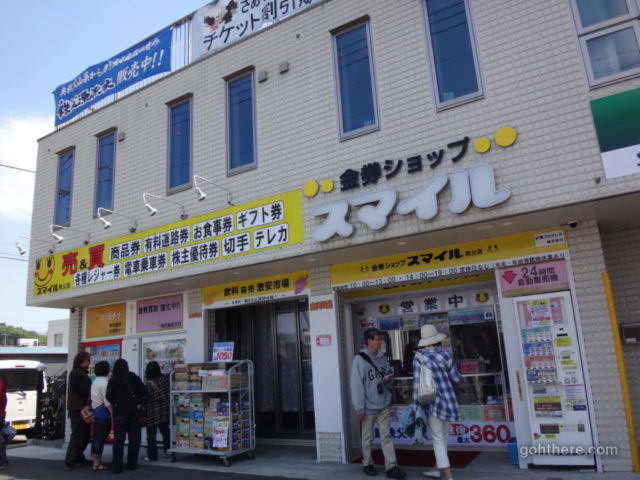 A discount ticket shop on the way to the station. For going back to Ikebukuro in Tokyo, they offered exactly the same train tickets as you could get in the station, only cheaper. There’s no reason not to buy here. 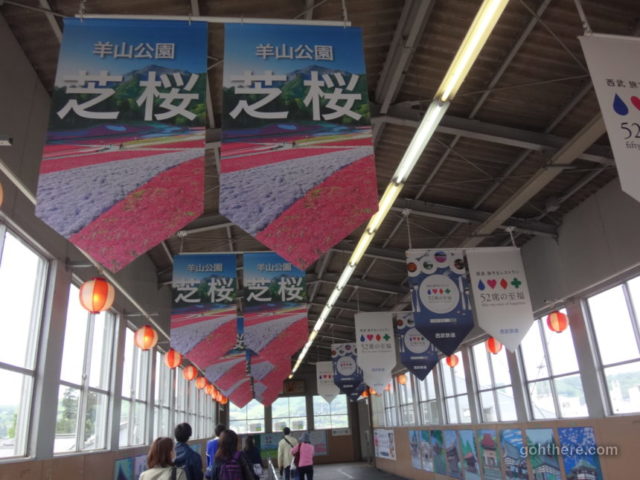 In the train station. Lots of promo posters. 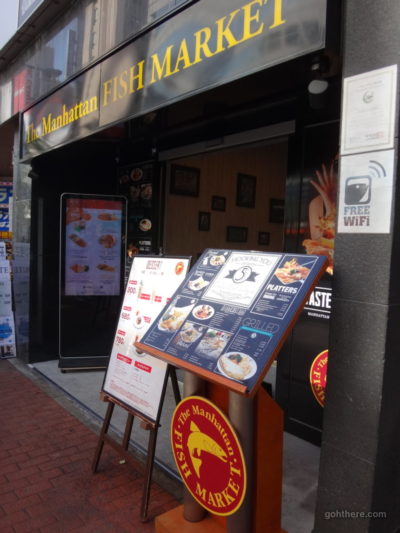 We got back to Ikebukuro after 2 pm. As we didn’t quite have enough for lunch, we followed up with a late one at this place Manhattan Fish Market. We heard of this place before but hadn’t tried it yet because we don’t go to Ikebukuro often. 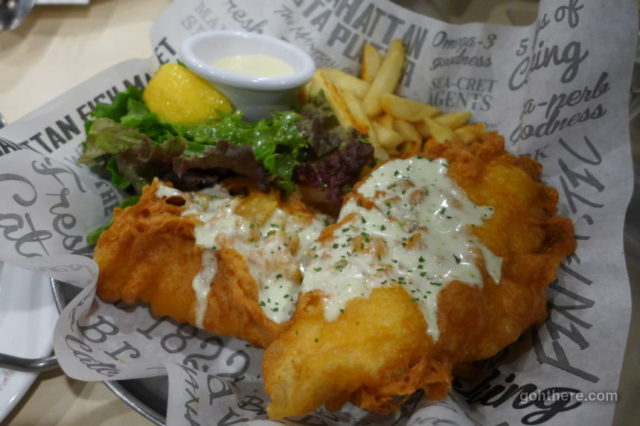 The volume was enough but I shouldn’t have expected British style fish and chips. Once was enough for us.