20 minute drive from Kawayu Onsen (see previous post) brought us to Kumano Hongu Shrine (熊野本宮大社). You can find “Kumano Shrines” (熊野神社) all over Japan, and this is the head shrine.

This is also one of the three grand shrines of Kumano, known as the Kumano Sanzan (熊野三山). The other two being: Kumano Nachi Shrine (熊野那智大社), which we visited yesterday; and Kumano Hayatama Shrine (熊野速玉大社), located in Shingu (新宮市), the town where we stayed at last night (though we didn’t visit the shrine itself).

Last but not least, the largest Torii gate in the world can be found here. 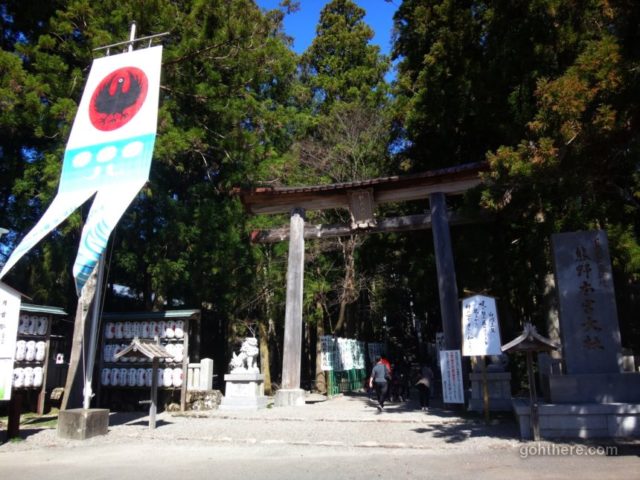 Torii gate at entrance. No, this is not the big one. 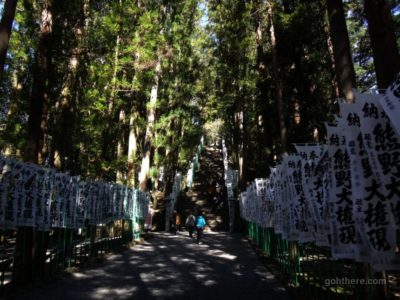 Approach to the shrine. Some stairs to climb. They helpfully placed a bench half way in case you need to take a break. 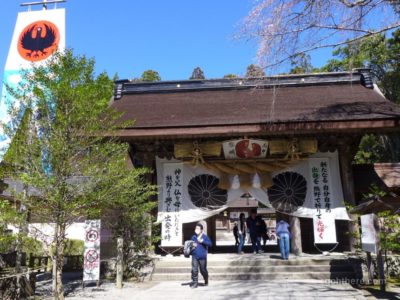 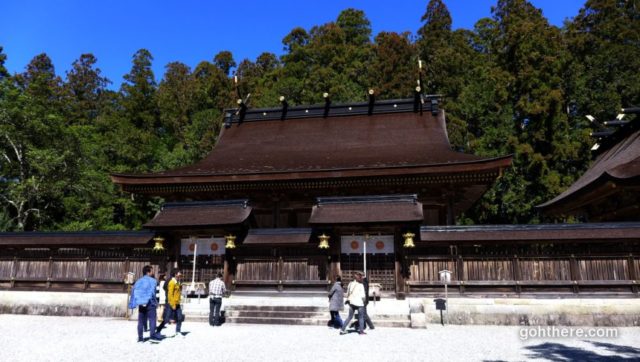 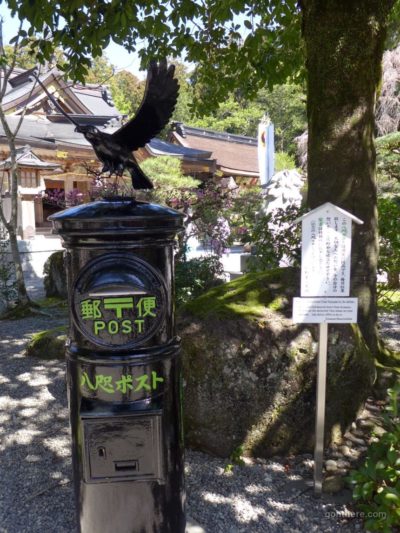 Raven post box. Raven (八咫烏) is considered God’s messenger. The black creature with wings and 3 legs on the red emblem of Kumano Hongu is a raven. 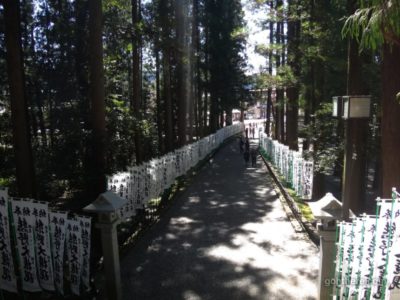 The Hongu shrine didn’t used to be on a hill; the original one was built near the Shingu River and was destroyed by a flood. Although the shrine itself was then moved, they built a Torii gate at the original site, Oyunohara (大斎原). It is the largest in the world – OK, I don’t think there are any Torii gate outside Japan, but still. 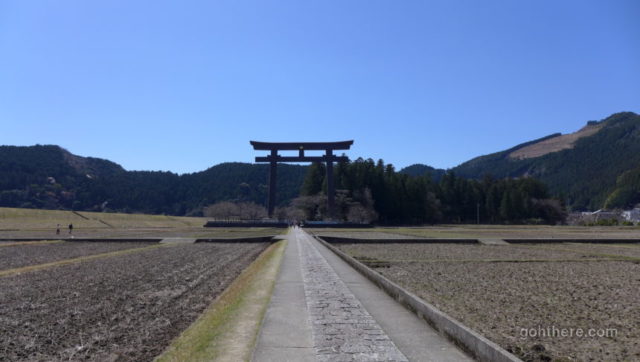 Oyunohara (大斎原) is just across the road from the current Hongu shrine. During summer, the surrounding fields would be lush green and the view here would be even more beautiful. 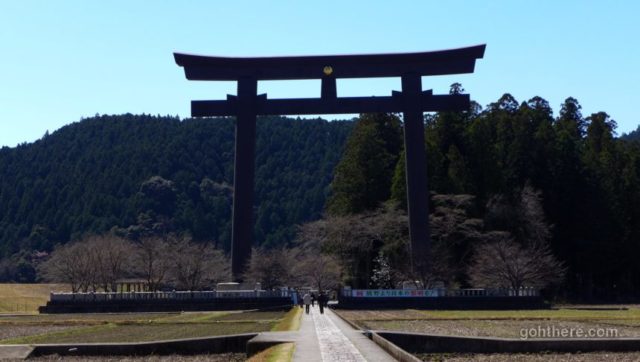 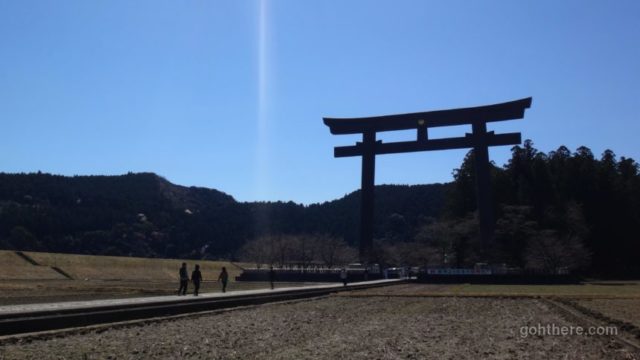 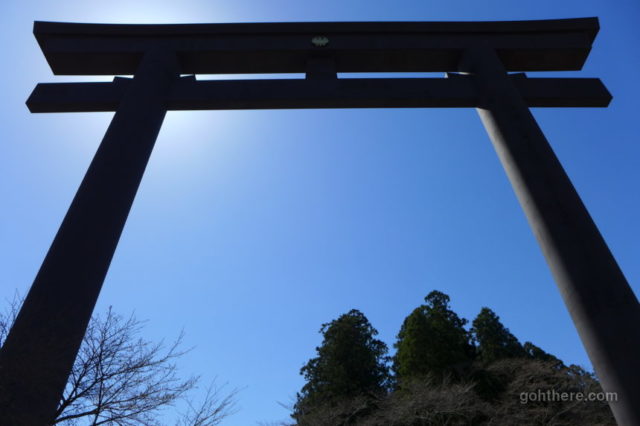 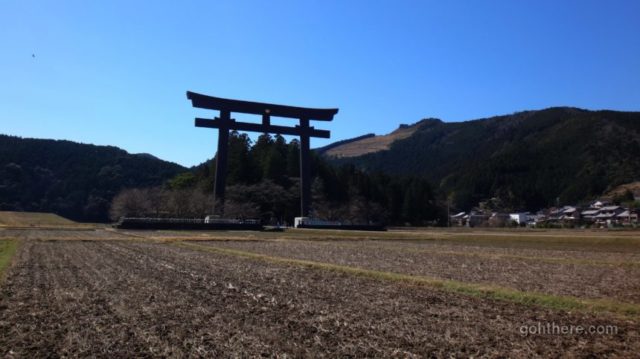 For lunch, we found a cafe restaurant nearby called “Ippuku” (いっぷく), it serves the local food Mehari-zushi. A set with udon noodles was just 800 yen. 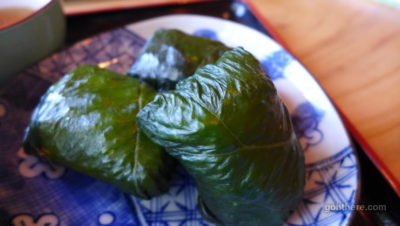 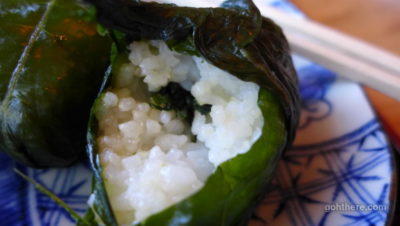