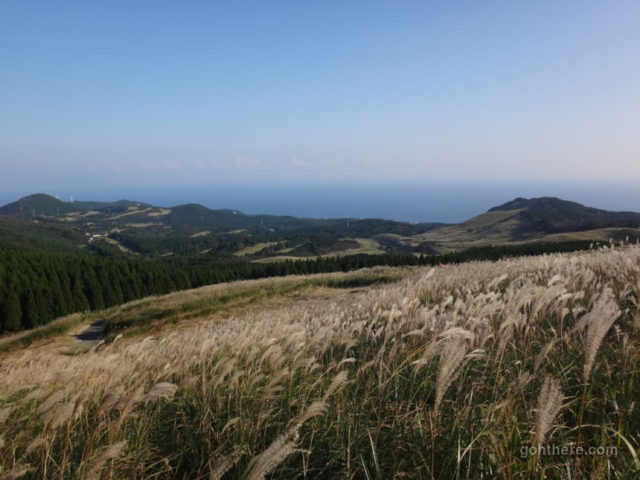 For signs of autumn in Japan, apart from tree leaves turning into shades of red and yellow, one also shouldn’t miss the flowering silver grass. With their silver and golden plumes, the silver grass field becomes a beautiful sight, sparkling under the sun.

Perhaps the most well-known place to see them is Sengokuhara (仙石原) in Hakone (箱根). It is expectedly crowded given that Hakone is itself a popular resort destination easily accessible from Tokyo; and despite looking like a vast field in promotional posters, the place is actually not that big, and I’d consider it only a short stop among other attractions in Hakone.

For a more relaxed place to fully enjoy the silver grass views, Hosono-kogen (細野高原) would be the one to go for. Located in eastern Izu (伊豆), it’s still possible as a day trip from Tokyo, and quite a lot less crowded, with a large field covering the whole hillside. There are several walking trails meandering through it, you can easily spend half a day there slowly taking photos along the way (with a spectacular view of the sea as well). Some lead further to other hiking trails should you decide to venture out, and the locals also hold events there during the season. 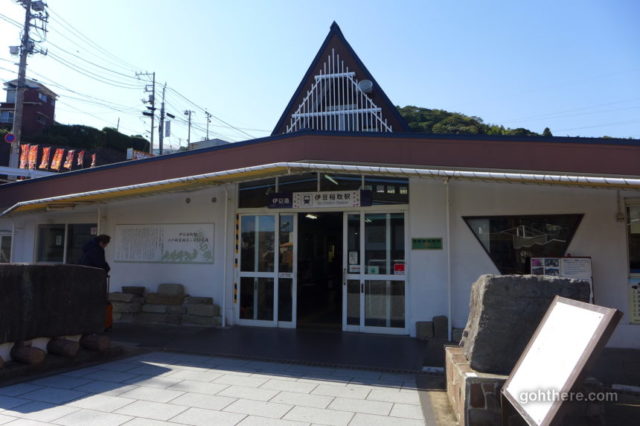 From Tokyo Station, there are direct limited express trains to Izu-Inadori Station (伊豆稲取駅), which takes just over 2 hours. As for us we took the cheaper option of normal local trains which needs one change and takes about 45 minutes extra. Then from the bus stop in the main street outside the station, you can catch a bus terminating at Hosono-kogen (細野高原), which takes another half an hour.

This bus only runs during the silver grass season. Note that instead of paying on the bus, you can save on bus fare by getting a discounted return ticket at the tiny tourist information office opposite the train station entrance. 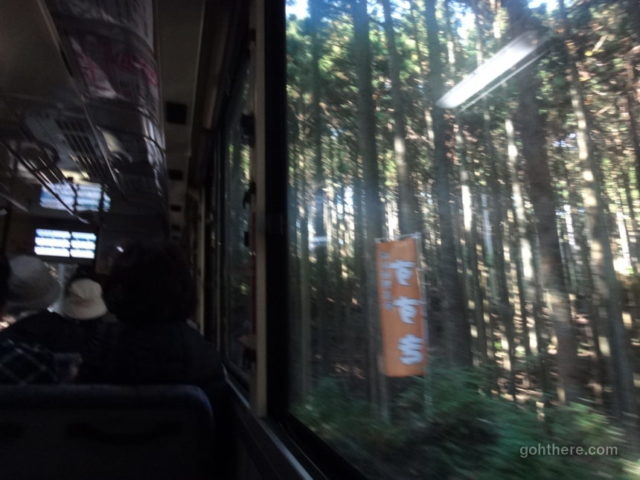 Initially the bus made a few stops around town, then it started to go uphill and eventually climbing a narrow country road in the woods. There were occasional signs of “silver grass festival” on the side.

It’s interesting to see the driver manoeuvrering the long bus over the tight turns. I wouldn’t recommend driving your own car there. 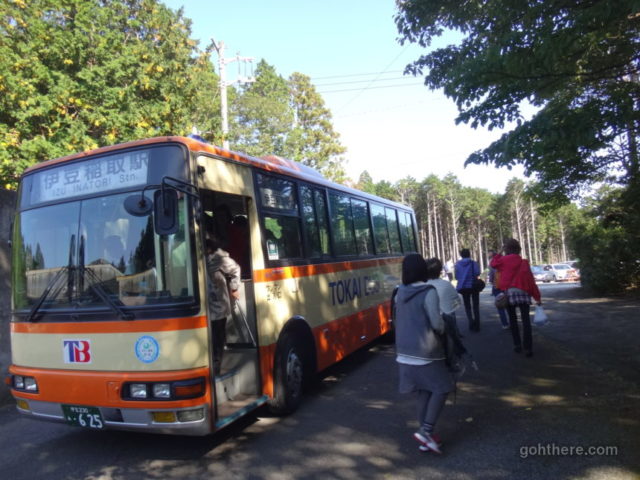 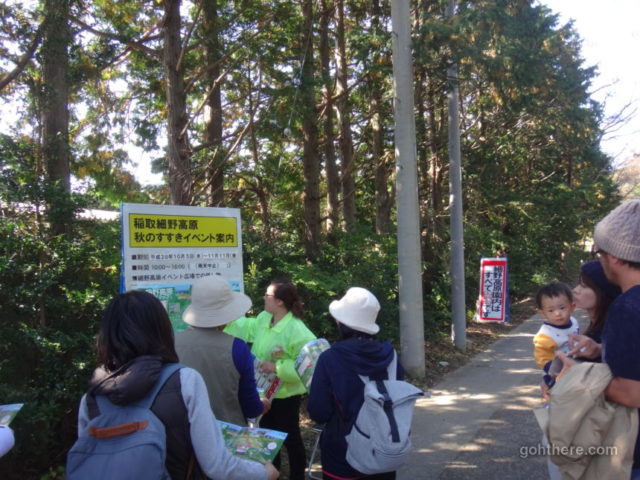 During the silver grass season, visiting the area requires admission. It was 600 yen when we visited, which included the use of the shuttle van I’ll mention later. Here the staff was giving information about the area. 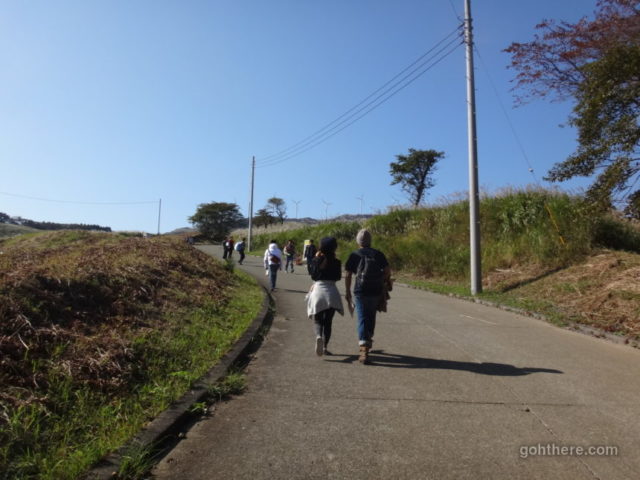 From the bus stop / reception, it’s a short walk to the main event area. 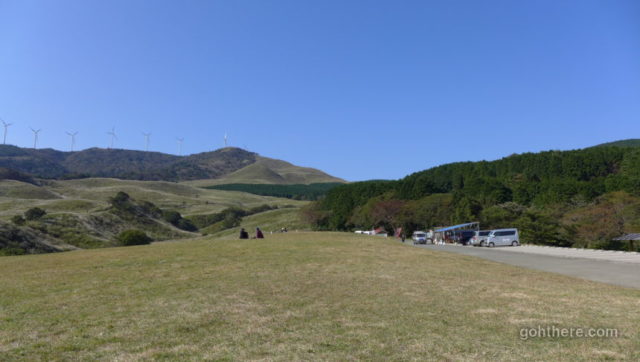 And then the view opens up! On certain days there would be events here like live music etc. There are some benches and tables and just an excellent place for picnic. 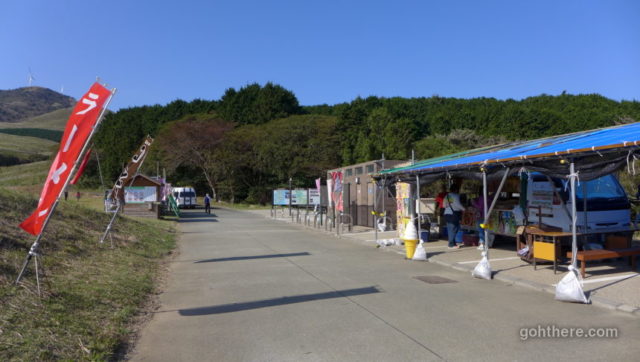 Some stores offering light snacks and local produce. We would get some later. 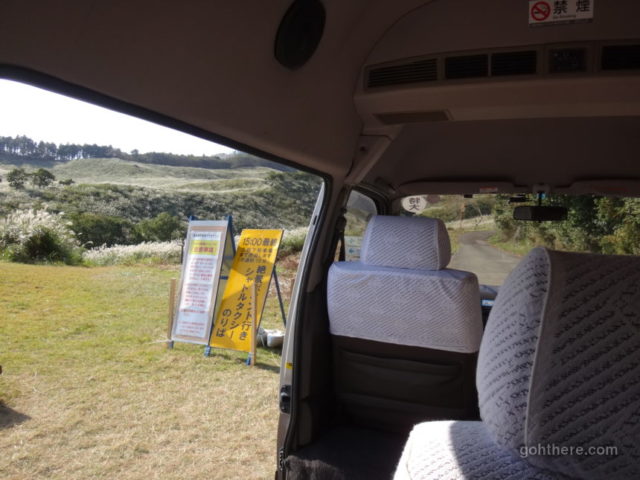 And just ahead was the shuttle van stop. You could take it going up or down the hill, it’s just a few minutes one way. The route used by the vehicles didn’t have much view – that’s saved for the walking trails, so do take the time to walk! 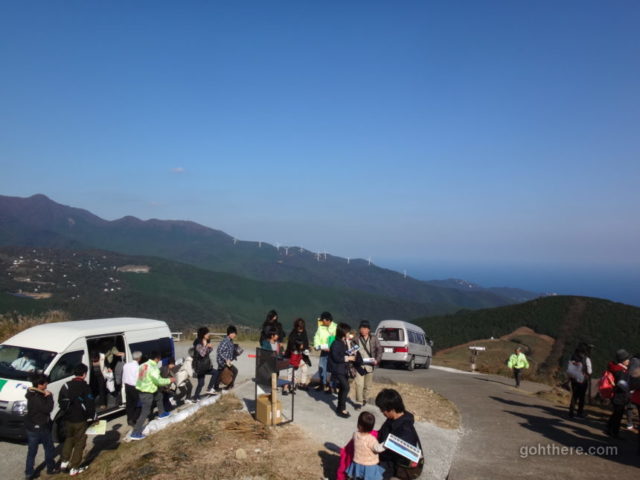 This was the drop-off / pick-up area near the hilltop. There were staff here describing the view – you could see some outlying islands all the way from there! 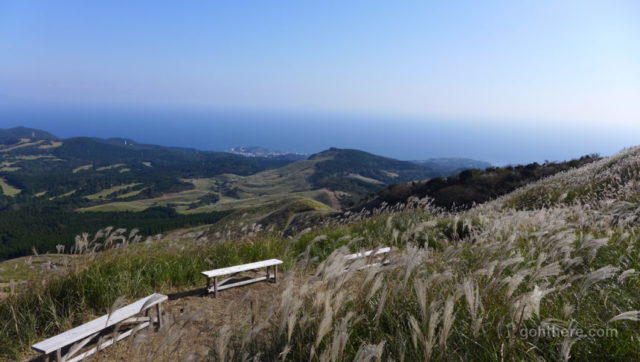 Silver grass all around. 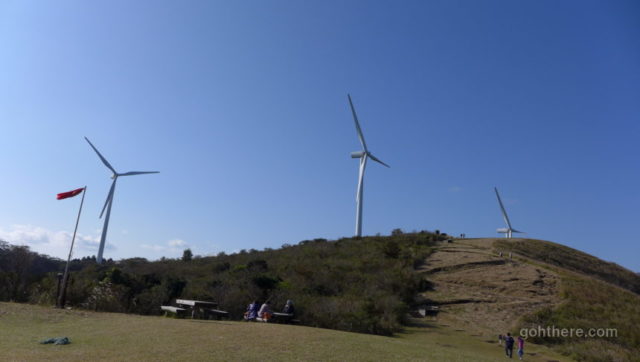 Before heading downhill to the silver grass field, we first paid a visit to the top. 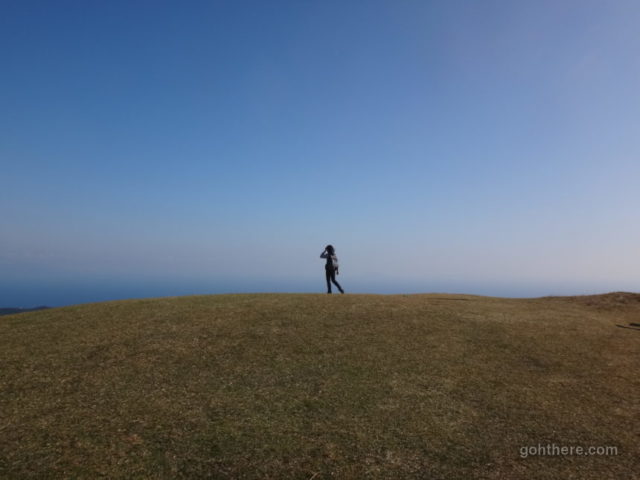 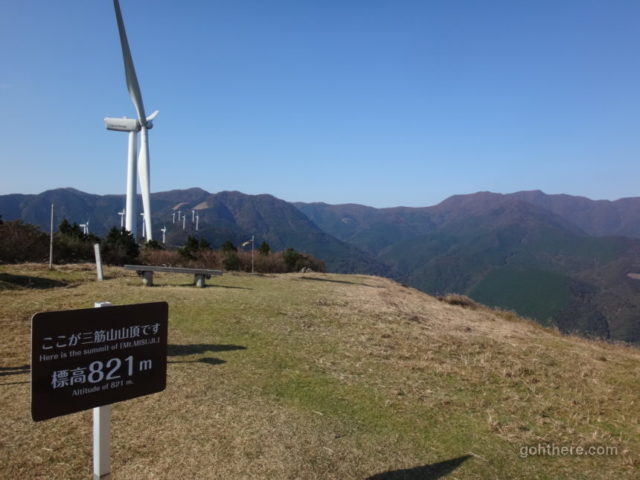 The summit was only 821m, but it offered an unobstructed view to the sea. 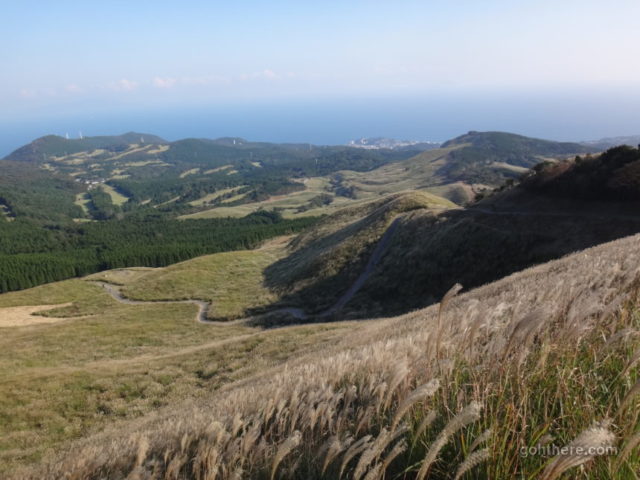 Then we started to head down – you could see the walkway going through the silver grass field. 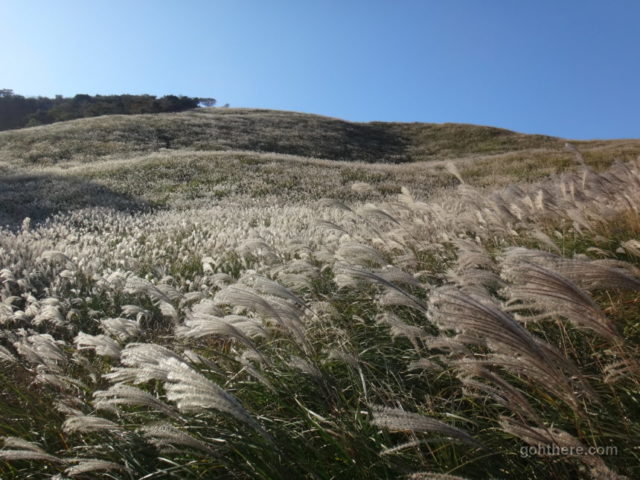 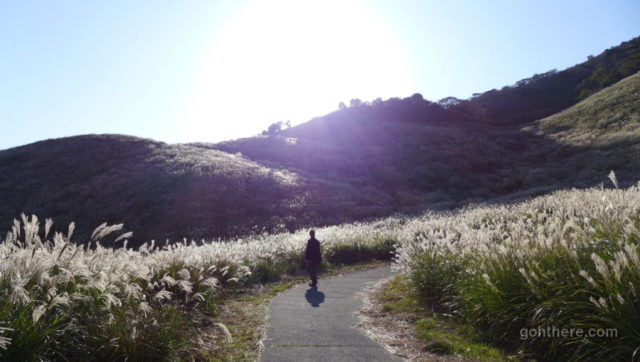 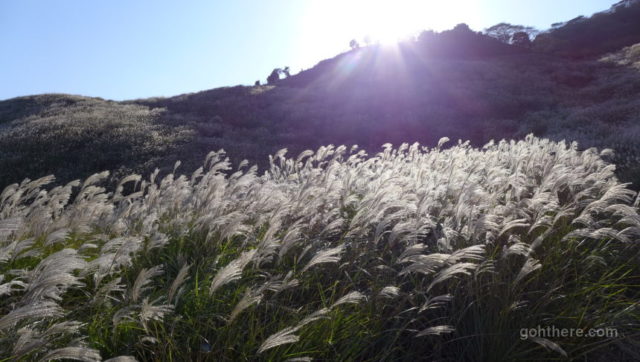 I was told the best way to take photos of silver grass is with the sun in the background, with light shining through the silver plumes. You really need a nice sunny day to get the most of it. 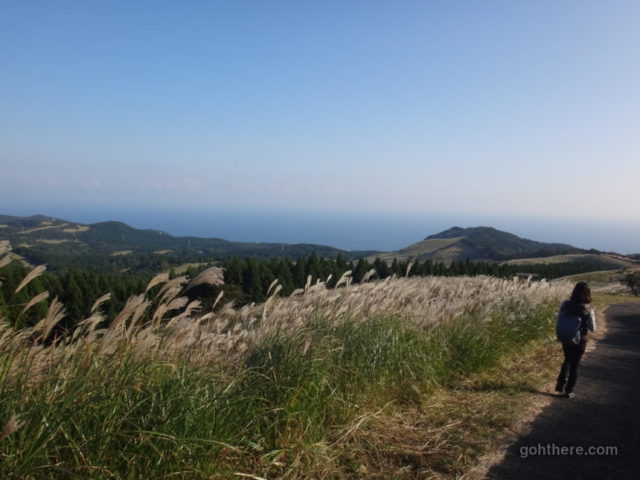 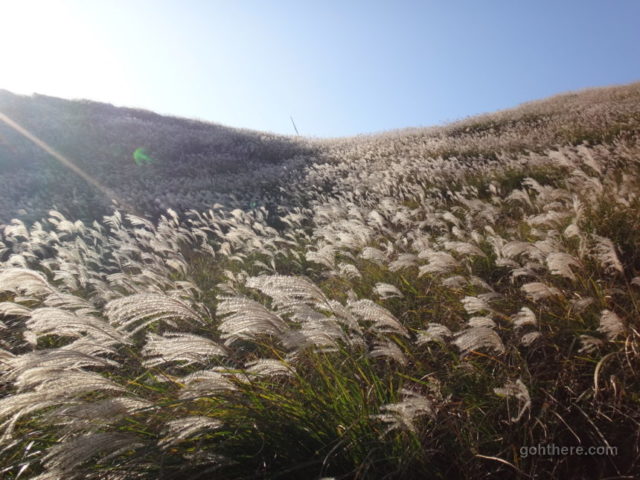 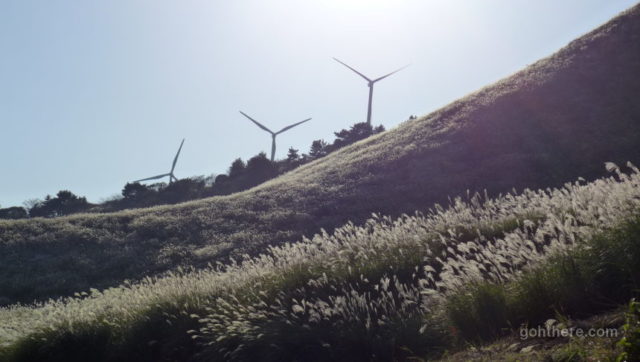 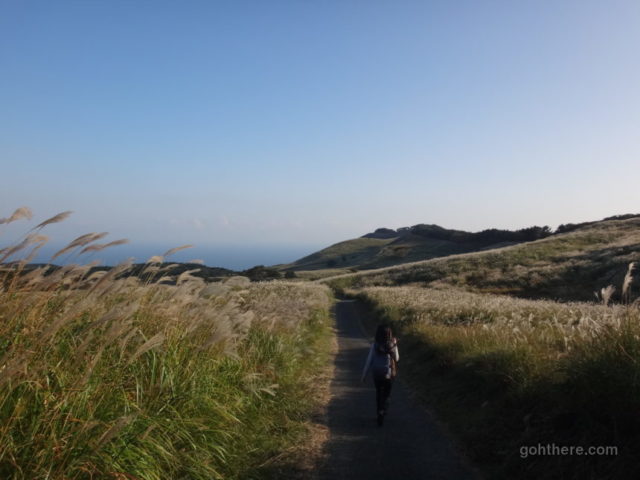 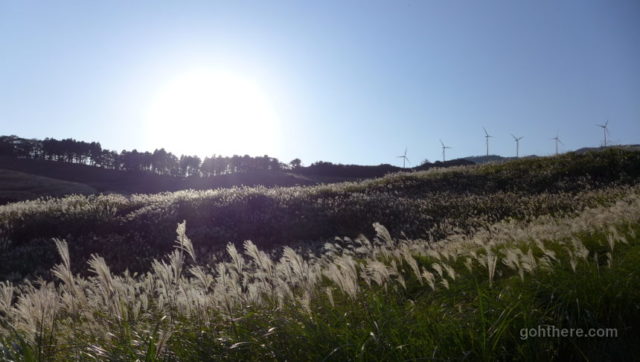 From the time we got off the shuttle van, we finished the walk in about 2 hours. We could’ve taken even longer breaks on the way, but we had to be mindful about the bus and train schedule for going back to Tokyo.

If you can afford the time, it would be best to wait for sunset, and see the silver grass field turns into a sea of gold. 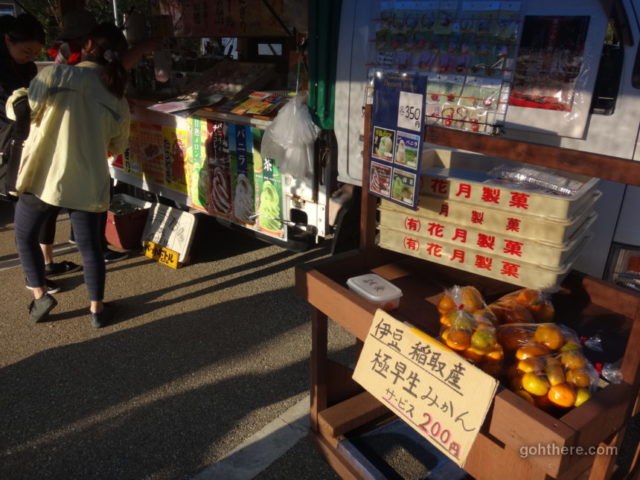 Before getting the bus, we bought some locally grown mandarins as souvenir.

Getting there and back did take up a large part of the day, so it might be a good idea to make this a part of a multi-day trip in Izu!